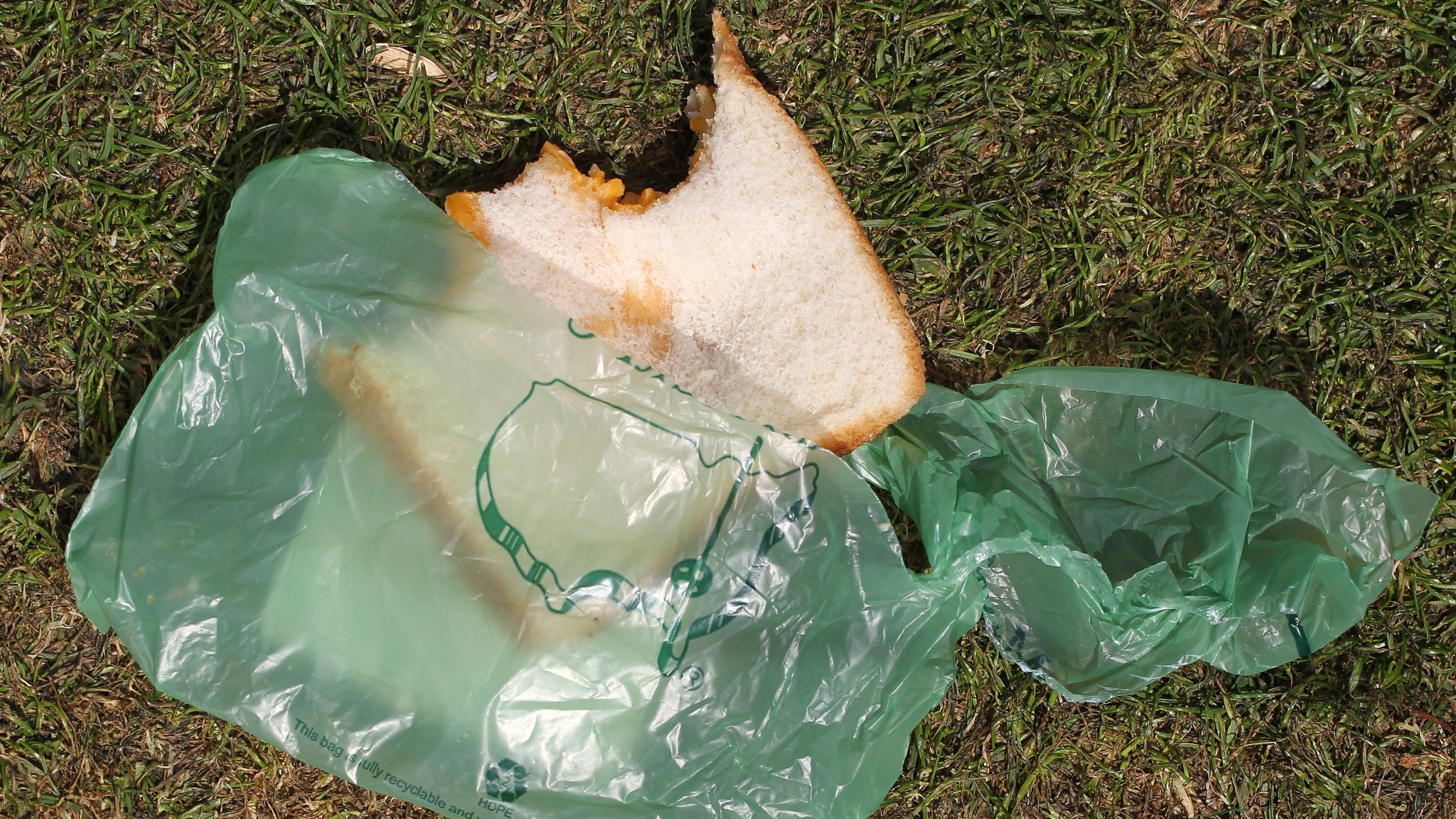 It’s April, which means that for the first time since last August, the Average American Sports Fan is ready to pay attention to golf. Well you know what, dudes? I’ve been here for months already, traveling up and down the West Coast (awesome), driving from town to town in the more soulless parts of Florida (kill me), and generally watching the entire professional golfing apparatus build toward Augusta National. So while the rest of the media sits around telling you that Rory McIlroy or Phil Mickelson has a great shot to win Augusta, I will break with convention and deliver unto you a hot dose of the unvarnished truth. Here are the 2014 Masters Power Rankings, from 20 to 1, including people, trees, food, and other entities both animate and otherwise.

Imagine that every time you go home to see your family on vacation, the first thing your parents do is ask you about your more successful older brother who couldn’t make it because he injured himself as a Peace Corps doctor saving an entire village, while you’re single and unemployed and drawing a check from Obama. “What’s it like not having your brother Jim home this week? Is it nice because it makes it easier to get a bit of affection from us? Or is it frustrating because you know, deep down, that the affections means nothing if you haven’t stolen it from Jim himself?”

That’s what every single player who sits down in the media room has to face this week. And all of them give the same line: “Yeah, it’s too bad. He’s a great competitor and BLAH BLAH BLAH.” The truth is, nobody actually cares. Tiger Woods is good, but not as good as he used to be, and that he can’t play at the Masters means absolutely nothing to anyone. It doesn’t change the preparation, the strategy, or anything else. Golf, you might have noticed, is an individual sport. Tiger’s absence has not created a stampede of players who think they can finally win, nor has it brought a deep sadness upon the game.

The haute cuisine of the Masters. It’s tough to describe this delicacy to those who have never had it before, but let me give it a shot: “Disgusting cheese, plus bread.” How do these culinary abominations continue to get good press???

19b. Green Wrappers for Sandwiches

This is my favorite “oh my God, they think of everything” detail from the Masters. If the wrappers go astray, you can’t spot them on television. This is a kind of genius, right? A terrifying, brilliant kind of genius.

I was walking the back nine yesterday with ESPN’s Michael Collins, and as we passed under a stand of pine trees, he said, “Look around. See any pinecones?” Amazingly, I did not. Augusta is so on top of everything that the minute a pinecone hits the ground, it gets snatched up. Impressive. “Now look up,” Collins said. “See any squirrels?” I looked up, and guys, there were no squirrels. And there are lots of trees at Augusta. I kept looking for the next 30 minutes, but there was nary a squirrel to be found. I get the pinecones, but my God, what do they do with the squirrels??!?!

This is what Adam Scott served at last night’s champions dinner. What are Moreton Bay Bugs? Here are two explanatory scenarios, and you can decide which one you’d like to believe.

A. The Moreton Bay Bug is a killer wasp from the outback. After all the other champions were seated, Scott appeared wearing a beekeeper’s suit and holding a mysterious box. “Lock the doors,” he said ominously, and from the outside, men chained every exit shut. “THERE CAN BE ONLY ONE CHAMPION!” Scott shouted, before releasing the wasps from the box. He cackled as his fellow champions fell, one by one, in what is now being called “The Red Feast.”

B. Moreton Bay Bugs are a type of lobster that Scott had shipped from Brisbane for the dinner.

There’s no getting around them. It’s a story, guys. It moves the dial. And laugh all you want, but as a professional golf writer, I wouldn’t be doing my job if I didn’t have six Adam Scott posters in my bedroom.

With Steven Bowditch and Matt Jones winning in the past two weeks in Texas, Australia now has seven golfers in the field. Along with those winners and Scott, Jason Day is the no. 4 golfer in the world and always has a legitimate chance to win, Marc Leishman was in contention here last year, John Senden just won in Tampa, and Oliver Goss … is an amateur who can’t win. But seriously, seven guys! Shouldn’t that be illegal? I’m all for making that illegal. (I couldn’t find the clip, but this might be revenge for that time Bart Simpson introduced bullfrogs to Australia and destroyed its ecology.)

“You come at the Golden Bear, you best not miss.” Since about 1997, Nicklaus has been besieged by the idea of Tiger Woods annihilating his record of 18 major wins. It was more or less a given; it may take a few years, but he was going down. Now? For reasons enumerated by Kyle Porter at CBS, it would take a miracle. Translation: It’s not happening. Now Nicklaus gets to sit back, hit the honorary tee shot to start off the event, diplomatically tell reporters he still thinks Tiger will break the record, and just enjoy the fact that with golf at its most competitive place ever, he will never be usurped.

How else can you explain anybody thinking Phil Mickelson has a shot to win the tournament? The guy has a hurt back, and his best result this year is a T-12 at the Houston Open. To me, he’s far more likely to withdraw than to win, but the larger point is that the sport of golf is in the midst of a total youth revolution, and most of the media are stuck in the false Tiger/Phil dichotomy that made more sense a decade ago. It’s not because they don’t get it; it’s because those names generate interest. The next few years are going to be fascinating, because the era of single-player dominance is over. There are too many great players for any to emerge from the pack for very long. So the question for golf, a sport that craves dominance, is this: How do you market that? I don’t know the answer, but I know that pretending Mickelson can still win has a limited shelf life. The world is catching on.

13. Fuzzy Zoeller and the Masters Rookies

He’s the last player to win a Masters in his first start. That was in 1979, 35 years ago. There are 17 pros playing Augusta for the first time this year, and some of them, as we’ll see below, are badasses. I’m just saying.

A February ice storm killed the Eisenhower Tree, a loblolly pine on the 17th hole that used to give golfers fits before the long-ball era rendered it mostly irrelevant, at least as far as strategy is concerned. And while it would be easy to make fun of the endless Eisenhower Tree questions thrown at the golfers this week, I’m one of those sentimentalists who thinks it’s sad when a tree dies. Since we can’t prosecute Mother Nature (not yet, anyway), I think we should add years to Harvey Updyke’s sentence.

Another Augusta delicacy. Haven’t had one yet, but oh my God, look at this picture. This is the opposite of a pimento cheese sandwich. Looks like I found lunch for tomorrow. And dinner. And breakfast. (Just kidding — I don’t wake up before noon.)

OK, let’s move on to the golfers with an actual shot to win, and why each might be wearing something green on Sunday. (I’m referring, of course, to the actual champions jacket, not the stitched-together vest of green sandwich wrappers I’ll be wearing.) Please note that these are 100 percent my opinion, I’m probably biased toward young golfers, I don’t think Scott will repeat, and I’m definitely right.

Masters rookie; one of the nice guys; two-time winner on tour; Georgia native and UGa grad who knows the course; has rarely finished out of the top 10 this season; should rake on the par-5s.

Now a major winner; rounding into form with three top-15 finishes in his last three starts; ruthless competitor despite appearances; COULD DUFNER AT ANY MOMENT.

The Great Canadian Hope; has come absurdly close to winning this year with six top 10s; rarely shoots a terrible round; will be totally under the radar; perfect feel-good story for Jim Nantz after tweeting out his Masters invite.

Ultimate chip-on-his-shoulder guy; has felt disrespected since his junior days in Vermont right through college at St. John’s, and retains that chip even as a major winner; looked in great form at Bay Hill; has been hovering around the top 20 of events all season; hyper-focused.

At 29, has the most wins of any player under 30 (eight); six top 10s in majors since 2009; four top 10s in his last six events; fully eligible for the “bad dress rehearsal equals great opening night” theory; almost as long as Bubba and deadly on a course like Augusta.

Clinical, consistent former champion seems totally immune to nerves; has a win on Tour this year; showed strong form in Texas leading up to Augusta.

Always, always dangerous on a course that rewards length; finally broke his post-Masters winless streak at Riviera in February; incredibly hot with seven top 10s in 10 starts this year; hopefully has his allergies under control.

Another rookie; two wins on Tour this year; unshakable when he’s in contention; Augusta State alum familiar with the turf; totally fearless; truly believes he’s a top-five golfer and is probably right.

(When Reed was in the final pairing on Sunday at the WGC-Cadillac in March, he was on the putting green when Tiger was teeing off in the group before him. Dufner was Reed’s partner, and couldn’t help sidling over and watching the usual Tiger circus. Reed? Kept his headphones in, didn’t pay attention, didn’t seem interested or fazed at all. He was wearing black and red, which he learned from Tiger, and went on to win as Tiger spent the front nine bloodying spectators and teetering on the verge of full collapse. Reed is a gamer.)

With three wins, simply the best golfer on Tour this year and owner of an unbelievable midlife resurgence story that could be destined to end with a win in his first Masters appearance at age 35.

Filed Under: The Masters, Golf

See all The Masters