A Visit to the 2014 National Sports Collectors Convention, Part 4

A Visit to the 2014 National Sports Collectors Convention, Part 6

THINGS WE ALMOST BOUGHT FOR THE GRANTLAND STUDIO 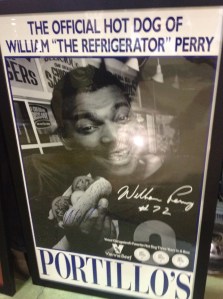 BS: In 2013, I didn’t pull the trigger on this Fridge–hot dogs poster right away … and someone else grabbed it. That’s been haunting me for the past 12 months. So I went into 2014 saying to myself, “If you see something for the Grantland studio, DO NOT HESITATE!” 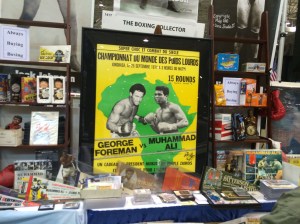 BS: Too pricey (four figures) to expense to ESPN without getting reprimanded or suspended. But we don’t have an authentic Ali fight poster in our studio and it’s gnawing at me. Jacoby makes fun of me that I care about how we decorate the Grantland studio more than anything else Grantland-related. It’s not technically wrong. 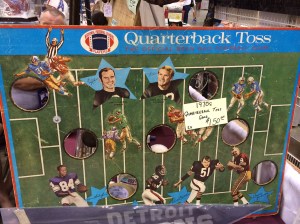 RB: I have an app for this, who cares? 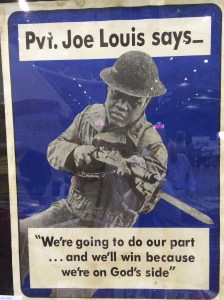 BS: We were like 89 percent there with buying this for my 2014 dorm room. We should have gotten it. I have a lot of regrets. (I blame Jacoby.)

RB: I hope this pops up in someone else’s podcast studio, just so we’re regularly reminded of the failure in judgment we made in Cleveland by not purchasing this. (Also, I’m going to continue to use “we” because it makes me feel good.) 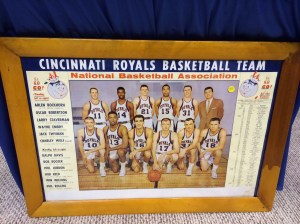 BS: Ahhhh … the days when the NBA was 80 percent white because of an unwritten (and heinous) rule that teams could keep only two or three black guys. We decided NOT to commemorate that era in the Grantland studio. But this poster was cool.

RB: This would be the third most diverse blog masthead on the Internet. 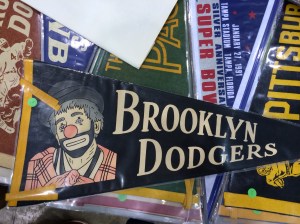 BS: Too awesome … and too expensive. (Like $250.) We did buy a bunch of pennants for the studio, though. 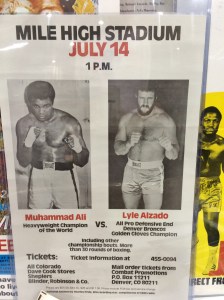 BS: Wouldn’t have displayed well enough on camera. But since we’re here … Muhammad Ali fought a ‘roided-up Lyle Alzado at Mile High Stadium???? WHAT????? Two minutes of furious in-the-convention Googling revealed that the fight (a) took place in 1979 in front of 20,000 fans, (b) lasted eight rounds, (c) it’s on YouTube, and (d) Ali mailed in that fight more egregiously than Denzel mailed in 2 Guns. So there you go.

BS: You know why. 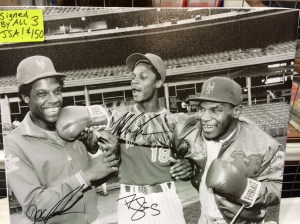 BS: That’s a vintage photo of Mike Tyson, Darryl Strawberry and Doc Gooden that somehow still fails a Breathalyzer test three decades later. What an amazing piece of American history. They wanted $150 for it. Oh well.

THINGS WE ACTUALLY BOUGHT FOR THE GRANTLAND STUDIO 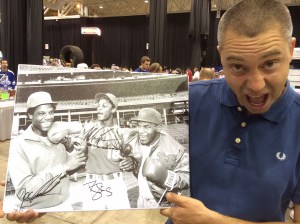 BS: Come on, like we weren’t buying this photo????? Are you kidding???? This made our entire convention! Forget the Beatles with Ali … THIS is the greatest American photo ever taken.

RB: Just 10 seconds of audio from this photo shoot would reduce me to tears. Just imagine what they had to chat about. 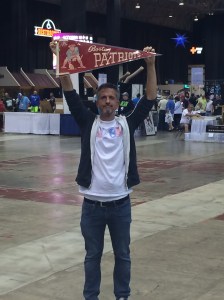 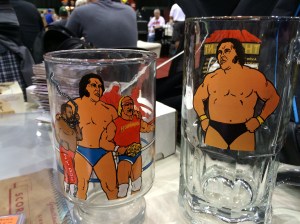 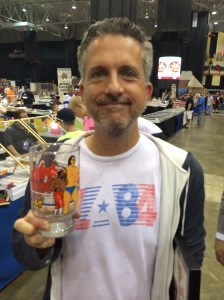 RB: I’m drinking only Kool-Aid out of these. SO LONG, WATER. SAYONARA. 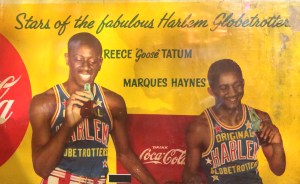 BS: I don’t want to say how much we paid.

BS: No. But look how great it looks. I left this convention feeling like Pat Riley after the summer of 2010. 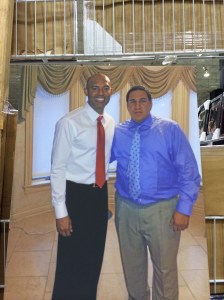 BS: Just kidding — we never got this. But we were walking around, noticed this painting, and then …

ME (laughing): “Who the hell would buy this oil painting? Mariano Rivera with some random dude? What?”

GUY RUNNING THE BOOTH (walks over): “That’s me in the painting.”

(We scurry away as fast as humanly possible.)

(The lesson, as always: Be careful when you’re making fun of stuff at the collectors convention.) 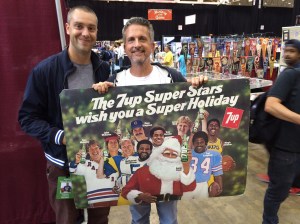 BS: Come December, get ready to see this baby positioned front and center for every Grantland video podcast. Earl Campbell, John McEnroe, Magic Johnson, Larry Bird and Santa Claus? Like we weren’t getting this????

RB: Unclear if your failure to list Hollywood Henderson is due to a fake beef you have with him or a real beef. Waiting patiently for your answer. 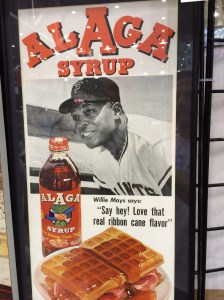 BS: We bought this framed Willie picture for $100 for three reasons:

A. It’s Willie Freaking Mays.
B. We loved the relatively incoherent quote, “Say hey! Love that real ribbon cane flavor!”
C. The ham sandwiched between the waffles covered in syrup made House immediately say, “I’m hungry, when are we eating?”

So we stepped in. And a few minutes later … 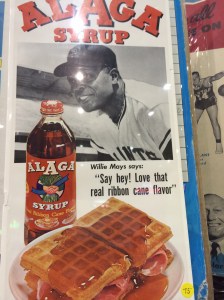 BS: The same unframed poster for $75! High fives all around! We saved a minuscule amount of money for a sports media conglomerate that makes 4 billion a year! VICTORY!!!!!!

RB: Probably not that important, and way off-topic, but knowing Willie Mays the way I do, I’m pretty sure that’s prosciutto.