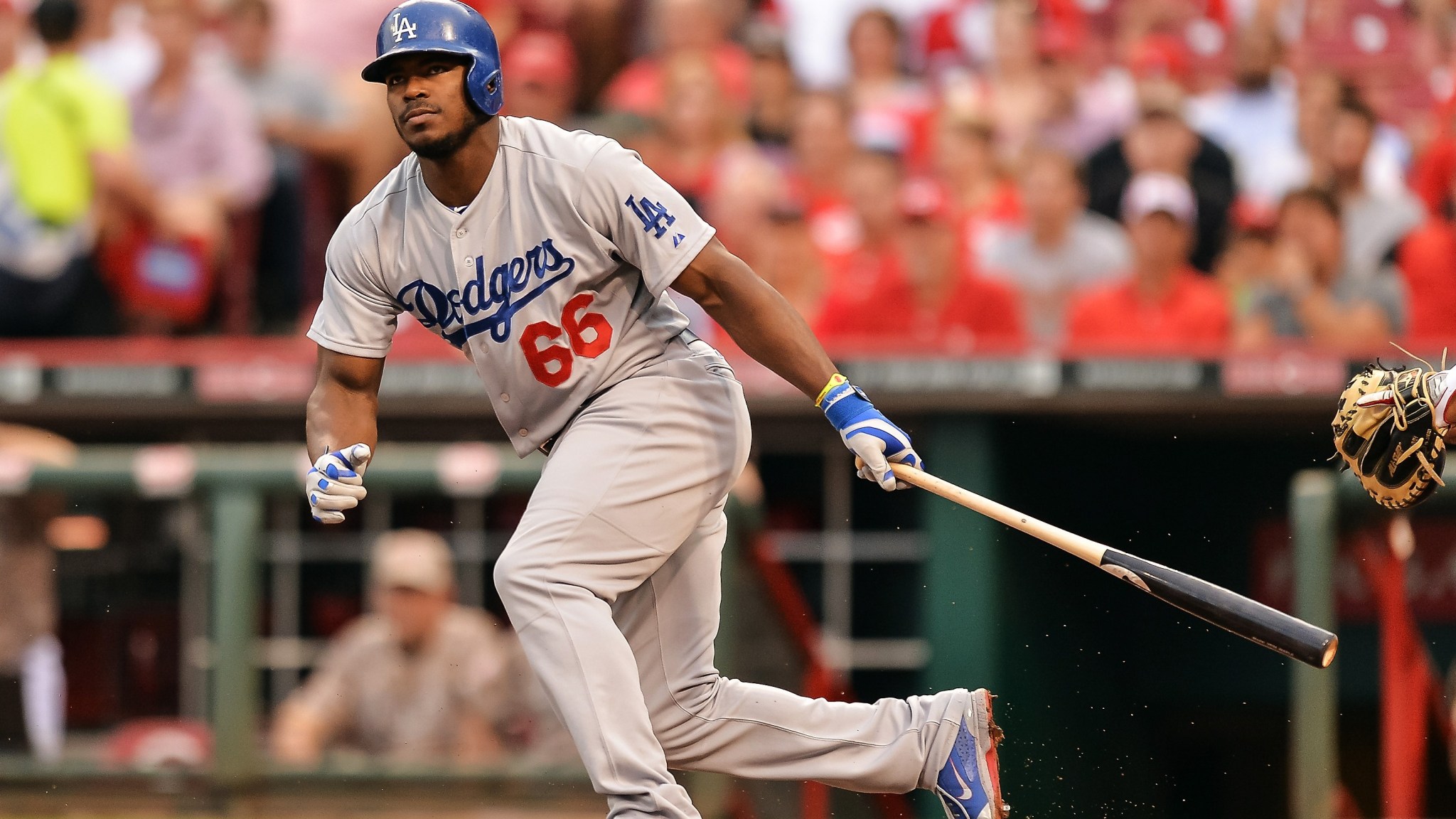 In his prime, Omar Linares was a freak of nature on the baseball diamond. An eyelash over 6 feet tall and weighing a sinewy 205 pounds, he owned a booming right-handed swing, using a big weight transfer to generate copious power and sting line drives all over the ballpark. He was also a terrific defender, flashing excellent range and a strong throwing arm. He won two Olympic gold medals (and one silver), blasting three home runs in the 1996 gold-medal game in Atlanta. In his 20-year career, he hit .368, cranked 404 homers, stole 246 bases, and slugged .644.

And there’s an excellent chance you’ve never heard of him. That’s because Linares spent the best years of his career playing in Cuba. After two decades playing there professionally, he closed out his career in Japan, as a chubby shadow of his former self. A man many regard as the best Cuban ballplayer of the past half-century never got to play in the big leagues.

Oh, how things have changed. Major League Baseball is smack in the middle of a Cuban revolution, one that’s ushered in more elite talent from the island than ever before. Aroldis Chapman is lighting up radar guns at an unprecedented rate, dominating hitters before and after his scary injury. Yoenis Cespedes is causing baseballs to burst into flames. Jose Abreu has gone from Serie Nacional terror to immediate franchise-player status for the White Sox. Jose Fernandez established himself as one of the best pitchers on the planet and a human GIF machine. As for Yasiel Puig, he’s a rocket-armed, bat-flipping, puppy-wielding wild horse who’s already one of the five best hitters in the league just one full season into his career.

That influx of new arrivals has ushered in a golden age for baseball. Between their immense talent and infectious enthusiasm, los Cubanos are the best thing going in the game today.

So how did we get here? How did MLB go from an occasional home for Hernandez brothers (and not much else) to a hotbed for Cuban sensations? It’s complicated.

At first, top players from Cuba came over freely to the big leagues, same as from any other Latin American country. In 1871, Esteban (Steve) Bellán, an Irish Cuban born in Havana, became the first Latin-born player to play in a top professional baseball league. Flipping over to the 20th century, Cuba ushered more players into the majors, though no superstars. A catcher/first baseman named Miguel Angel (Mike) Gonzalez broke in with the Boston Braves in 1912, lasting 17 seasons and today is tied for fifth among the longest-tenured Cuban-born players in major league history. Still, the Cuban-born players who made it to The Show in the first half of the 20th century were almost exclusively light-skinned, in keeping with baseball’s prohibitive color line at the time. After Jackie Robinson smashed the game’s racial segregation barriers in 1947, a new generation of Cuban players began arriving. The greatest of those during that era was Minnie Minoso, a seven-time All-Star who led the league in triples and steals three times each, ranks ninth all time with 192 hit-by-pitches, and had a career that spanned five decades (he appeared to play his final game in 1964, but resurfaced for short cameos in 1976 and 1980).

On January 1, 1959, the Cuban Revolution culminated with Fidel Castro and his allies ousting President Fulgencio Batista. Less than two years later, the U.S. imposed a trade embargo against Cuba. Top players like Zoilo Versalles (1965 AL MVP), Mike Cuellar (1969 AL Cy Young winner), Tony Oliva (eight-time All-Star), Luis Tiant (three-time All-Star and a starting pitcher in this crazy game), and Hall of Famer Tony Perez all made it north before the flow of talent from Cuba to America began shutting off. By the start of the 1970s, the pipeline had almost completely run dry. Seventy-two Cuban-born players made their major league debuts between 1950 and 1969; only four did during the 1970s, and all four were bit players who didn’t last long in MLB.

Eventually a few of the top Cuban players, frustrated by the shackles of Castro’s commitment to amateurism in baseball and intrigued by the riches in America, began defecting. Rene Arocha, a 25-year-old right-hander, left his hotel room during an international competition in 1991, signed with the St. Louis Cardinals, and went on to play four years in the majors. Pitcher Alberto Castillo, right-hander Danys Baez, and several other players also escaped to greener pastures while representing Cuba in international events during the ’90s. Other players would go the same route in later years — Jose Contreras in 2002, Chapman in 2009, Leonys Martin in 2010. But those opportunities were rare, and many of Cuba’s best players remained on the island. (That included Linares, who by all accounts wanted to stay. MLB teams that had salivated over Linares could perhaps take solace in the fact that most of his off-the-charts numbers came with the use of aluminum bats.)

Contreras, considered the best pitcher in Cuba at the time, signed a four-year, $32 million deal with the Yankees in December 2002. Not long afterward, the smuggling business began picking up steam. Cuban players saw the riches being showered on those who could make it across the water, and they wanted a piece. So, too, did various shady middlemen. When the money started flowing to lesser prospects like Dayan Viciedo ($10 million from the White Sox in 2008) and Leslie Anderson (about $2 million from the Rays in 2010), as well as to players who looked promising at the time they signed but didn’t pan out (Noel Arguelles, who signed with the Royals for $6.9 million in 2008), the floodgates burst.

“There are more incentives now than ever before for players to leave Cuba,” said Baseball America writer Ben Badler. “That means incentives for the players themselves and the people who have a percentage in their contracts. Technology and the improvement of communication tools have also changed things. Cuban players and the people who have percentages in them — agents, smugglers, other middlemen — are able to follow what players who have left are making and they’re able to communicate with people outside of Cuba more easily now than they were even five years ago.”

“If you’re savvy enough, it’s easier now for people outside of Cuba to follow players on the island than ever before,” Badler said. “I didn’t go to Cuba this year but I’ve still been able to see a top player like Yulieski Gourriel take 100 at-bats over the last year alone.”

Cubanball.com maintains a list of Cuban defectors that’s now 255 names long. But the names on the ledger don’t do justice to the harrowing tales that some of these players have to share. In April, ESPN The Magazine’s Scott Eden wrote about Puig’s nail-biting journey and the cloud that still hangs over his head from the ordeal. Last year, Grantland’s Jordan Conn detailed how a 15-year-old Fernandez took a boat ride from hell to Mexico, one that nearly resulted in his mother drowning, if not for her son’s heroic rescue. As fans, we now get the privilege of watching Puig, Fernandez, and others dominate on the field and ham it up elsewhere. But in many cases, things could have easily gone in an entirely different, even potentially tragic direction.

When the White Sox inked Abreu to a six-year, $68 million deal in October, the baseball world flinched. Yes, Abreu had world-class power potential. But he was also a slow, defensively limited player. Moreover, this was the most money ever given to a Cuban export. That level of caution makes some degree of sense, given the weak competition that elite Cuban players get to exploit.

“It’s very low-level baseball,” Badler said. “It’s hard to peg it to one comparable level in the United States because the talent level of the players ranges from guys who wouldn’t even sign a pro contact here to get into the Gulf Coast League to players who would be MLB All-Stars. The pitching is especially poor. The MVP last year was Yosvani Torres, who perhaps was a questionable pick for the award, but he’s a 33-year-old right-hander who throws 85 to 88 mph and beats hitters with smoke and mirrors. Most pitchers in the league throw in the mid-80s, and only a handful of guys can even crack 95. The stats are an important part of the picture, but you have to look at each player’s skill set individually to determine his true talent level and how that’s going to translate against pro competition in the U.S.”

Consider Abreu a(nother) strong data point in favor of ditching caution. Even after serving time on the disabled list earlier this year, he’s still tied for third in the majors with 19 home runs, and third in the American League with a .603 slugging average. He’s also just 27 years old, meaning the White Sox get the benefit of his services through Abreu’s prime years. That’s a big departure from big-money free agents like Albert Pujols and Robinson Cano, who signed monster deals after their 30th birthdays and look like iffy bets to earn out those contracts. Badler said there are few All-Star-caliber players left in Cuba now, following the departure of so much premium talent over the past few years. Still, the next time a twentysomething Cuban star becomes available, we could see the bidding surge; the explosion in revenue leaguewide, including a new TV contract that kicks an extra $26 million a year into every team’s kitty, could hasten that spending spike.

Despite Cuba’s current relative dearth of talent, a few intriguing prospects remain. Rusney Castillo might be the player closest to the majors. A 27-year-old center fielder with gap power, good speed, and excellent range, the 5-foot-9, 185-pound Castillo signed with Jay Z’s Roc Nation Sports earlier this month. Badler said Castillo has the skills to step into a major league lineup immediately, and even a starting spot as soon as the second half of this season can’t be ruled out. Twenty-four-year-old right-hander Raisel Iglesias is just 5-foot-11 and 165 pounds, but scouts like his live arm, project him as a potential impact reliever in the big leagues, and one of them could sign him soon. Righty Jorge Despaigne, 23, isn’t projected quite as high as his former teammate Iglesias and has had major struggles with command, but he throws a fastball that can reach the mid-90s and just left Cuba this month, so he figures to draw interest too.

Until then, we’ll consider ourselves fortunate to have this many exciting players on our TVs every night. We might’ve missed out on the great Omar Linares. But the next generation is doing everything in its power to make baseball more fun.