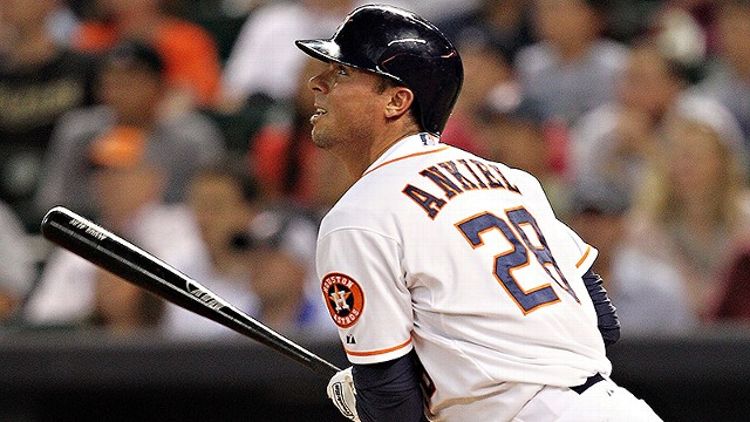 [Editor’s note: We’re aware of today’s news about Rick Ankiel, and we’ll be updating this post.]

Somewhere in West Virginia, the Pirates have a 22-year-old corner infielder who’s putting up Miguel Cabrera–like numbers in low-A. That player, Stetson Allie, is old for the level, but this is his second year in the South Atlantic League. (The placement of West Virginia in the South Atlantic is a stunning feat of geographic creativity. One suspects that the late Sen. Robert Byrd was somehow responsible.)

The first time around, Allie, a former second-round pick, was a pitcher. Blessed with a name befitting a character from The Expendables and a fastball that cracked 100 miles an hour, Allie made two appearances, faced 12 batters, recorded two outs, and walked eight men. Allie’s control problems were well known, even when he was an amateur, and once it became clear that he’d never get over them, the Pirates moved him to first base with the eventual plan of moving him to third, where he can take advantage of, you know, a pretty good throwing arm.

Allie’s story is fascinating, and while hardly unique, his spectacular wildness and transition to position player is going to be the first line in his baseball obituary. Which makes it all the more astounding that when Rick Ankiel got cut by Houston last week, people talked about him like he was a normal baseball player. Ankiel’s own control issues led to a similar change more than a decade ago, but the road he’s taken since has managed to push wild pitches and prospect rankings down a ways in his own career postmortem.

Ankiel, 33, played 25 games for a pretty feckless Houston Astros team this season, batted 65 times, and struck out 35 times against three walks. It was his five home runs and three doubles (out of only 12 hits) that pushed his overall production into the “acceptable” range, particularly for a guy on a team that everyone expects to lose 100 games.

Ankiel might have played his last game in the major leagues, and if he has, he’s spent parts of seven seasons as a decent fourth outfielder — a guy who can hit right-handed pitching and play a competent defensive center field, but whose struggles with contact would eventually drive him from the game. He bounced around because he was never really good enough to start for a good team, but he always found work because players like him are pretty useful. His top player comparisons on Baseball-Reference.com include Laynce Nix and Jeremy Hermida, which seem about right. But good fourth outfielders can wind up walking something of a tightrope, and this season, it looks like Ankiel fell off, maybe for good. Too bad, but we move on. It happens to 10 guys a year, and nobody really takes notice.

And I cannot believe, absolutely cannot believe, that we’re at that point with Rick Ankiel. It should be against the law to talk about Rick Ankiel like he’s Marlon Byrd or something. I know it’s been a decade since this was really news, but Ankiel’s is a story that makes you wish OMC hadn’t forever blunted the force of the word “bizarre.” Because here’s how Rick Ankiel came to be a forgettable outfielder:

To a certain extent, it sucks to be Stetson Allie. Because no matter what kind of player he turns into, he’ll never have that good a story behind him. With Ankiel, more than perhaps any other player in the game, context is everything, and while it’s a mouthful to repeat the story, and most of us are familiar even with most of the details, the sine wave of Ankiel’s career (because “arc” really isn’t the right word in his case) strains the bounds of one’s imagination. It’s a story worth remembering out loud, even so long after it happened. So if this is it for Ankiel, don’t just remember the player he wound up being. Remember the player he was supposed to have been from the start, and the twisted, wholly weird path he took from one to the other.