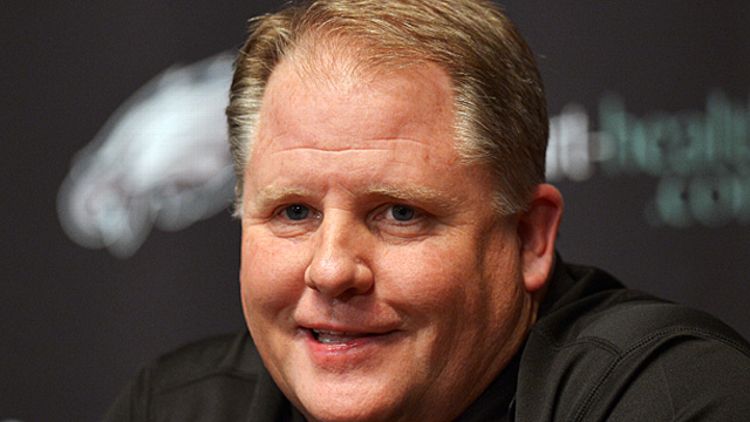 Chip Kelly has been busy revolutionizing the Philadelphia Eagles. I think it was Lenin who said all revolutions have casualties. The first casualty in Chip Kelly’s revolution was Mexican cuisine. Kelly banned “Taco Tuesdays,” a staple of the Andy Reid regime (why are you laughing?). It’s all protein shakes everything up in Philadelphia now. The second casualty was music. The whole thing. Music is dead. Chip killed it.

This is a playlist, put together by our own Rembert Browne, of the music the Eagles listened to at practice today, culled from the tweets of Philadelphia Inquirer Eagles beat reporter Jeff McLane.

This list has garnered a couple of different reactions. First of all, music is dead because Chip Kelly killed it, and the Eagles might go 16-0 because Chip is playing “Black Betty” by Ram Jam, or they might go 0-16 because he is playing “Chasing Summers” by DJ Tiësto. Some other #hottakes:

Rembert: The only appropriate thing to do while listening to this playlist is imagining Mike Vick’s reactions to each song, especially the transition from Dropkick Murphys to Haddaway.

Robert Mays: I like to imagine that every morning, Chip Kelly starts his day with a quadruple-shot latte and a straight-through listen of 1984.

Rembert: It’s like the playlist Chip Kelly would have on at the Kelly household, if put in a stepfatherly position with the intentions of impressing both his soon-to-be wife and 17-year-old stepson.

Me: This is the kind of music a guy plays his new girlfriend’s son the first time they hang out. “Hey, guy. I know things are weird, little buddy. You can call me Chip, but soon I hope you think of me as more than Chip. I hope you think of me as ‘Dad.’ You like the Foo Fighters? Let’s go to Wendy’s.” Except Chip wouldn’t take the kid to Wendy’s, he’d take him to Jamba Juice, where he would drink something that promotes muscle growth and repair.