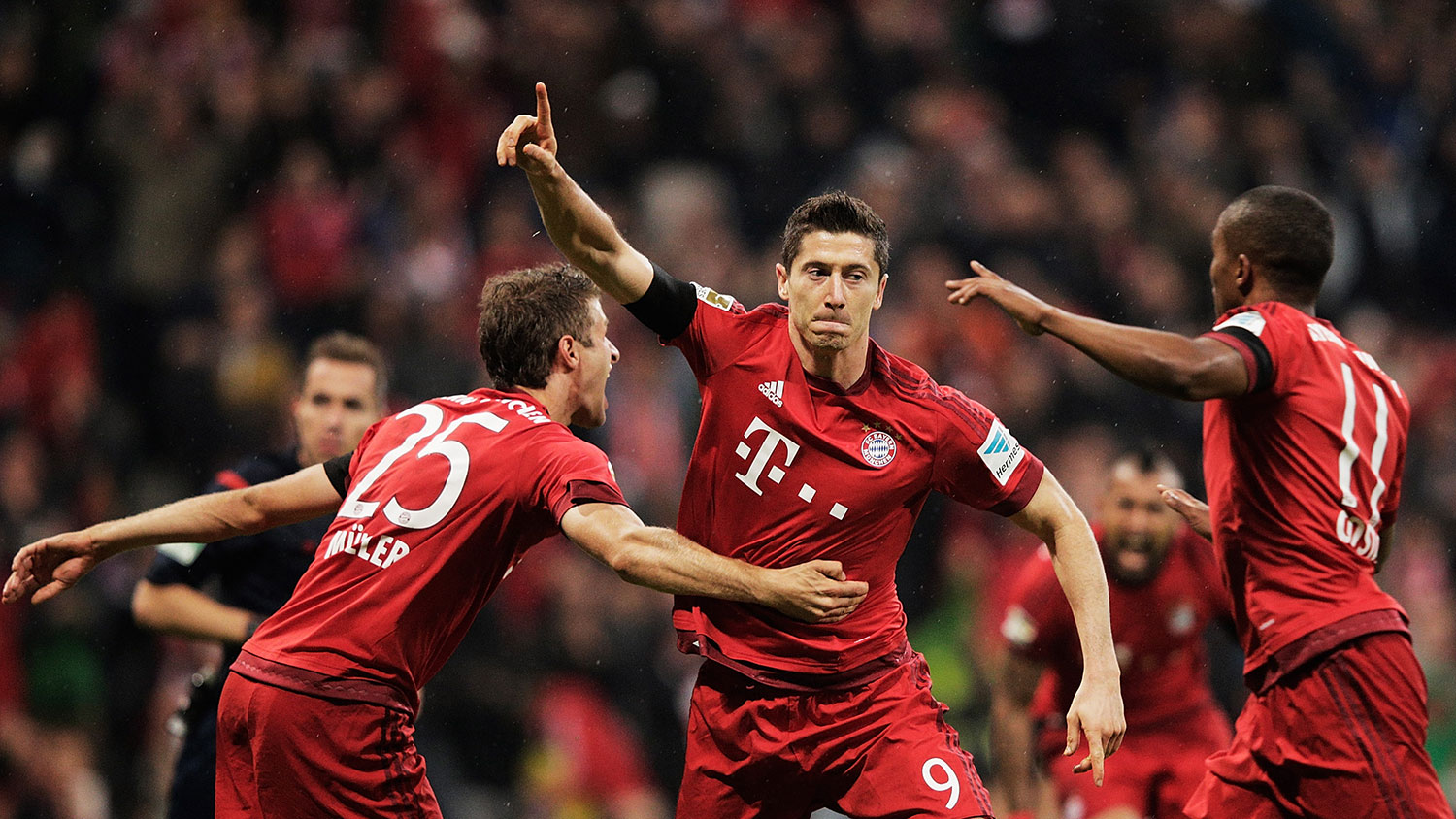 Yesterday, in the Bundesliga, Bayern Munich found themselves in an unfamiliar position: They were losing. This usually isn’t the end of the world for a team, especially one as good as the defending champions, but Bayern happen to be locked in what will likely be the most entertaining title race in club football this season. Bayern and their rivals Borussia Dortmund — who might be playing the most effervescent version of the sport right now — are steamrolling the competition, winning their matches and winning them big. Every game counts. Every goal counts. The entire league might be decided by the two matches that Dortmund and Bayern play against one another and how many goals they score throughout the season. Bayern losing to Wolfsburg, at home no less, was not on the menu.

By now, you’ve probably seen the highlights, but there was a lot more to Lewandowski’s five-goal blitz than just, well, the goals. There were psychic passes, rampaging runs, dumbfounded celebrations, and some fascinating subplots. So here’s everything you might have missed from yesterday’s incredible individual performance if you were just watching the ball go in the back of the net (five friggin’ times).

You may remember Arturo Vidal from such films as Best Pound-for-Pound Midfielder in the World Not Named Paul, Who Does Your Hair? and, of course, the classic Wait, BAYERN GOT HIM???! Vidal runs like a bull through a china shop that’s full of bulls, can play anywhere from center back to striker, likes a shot from outside the box, and has a variety of passes in his toolbox. Above, he breaks out a little backheel to Thomas Müller that sets up Lewandowski’s equalizer, and below …

… he unlocks the play that would lead to Lewandowski’s third with an exquisite, outside-the-boot, perfectly weighted through ball to Müller.

Douglas Costa is the most exciting player in the world that you probably aren’t watching enough of. Costa, in his first season with Bayern after joining this summer from Shakhtar Donetsk, combines technical ability, speed, and strength in a way we haven’t seen from a winger since Cristiano Ronaldo’s final days in Manchester and first days in Madrid. He is a bullet train with ballerina feet. He can pull off magic tricks like this little rainbow flick against Bayer Leverkusen …

… he can run right by his defender in a dead sprint …

… or he can combine the two, like he did in the setup for Lewandowski’s fourth …

Can we all just collectively agree to give Dante the rest of the season off? Let’s quickly go through his past year or so: Dante fills in for a suspended Thiago Silva at the 2014 World Cup and Brazil loses 7-1 to a German team filled with his Bayern teammates. Once back in Munich, Müller harasses him about the game so relentlessly that, six months later, Dante says he had to tell Müller, “If you don’t stop, I’m going to hit you in every training session.” Over the course of the season, Dante loses his place in the side in such dispiriting fashion that, after one of the few games he features in, Guardiola goes out of his way to say, “I’d love to have 1,000 Dantes in my team.” Four months later, Dante gets sold to Wolfsburg. Then, after receiving a commemorative flower arrangement before his first game against his old club, Dante gets flattened by Lewandowski and his runaway train.

We really hope he never gave Müller his phone number.

Robert Lewandowski Goal No. 5 of 5! The best of the bunch. And he might not be done yet! #FCBWOB http://t.co/mAJSPlmAjF

This is great. First of all, WHERE IS MANUEL NEUER GOING? Then there’s the Pep reaction.

We guess that’s the face you make when your substitute scores five times in less than nine minutes.