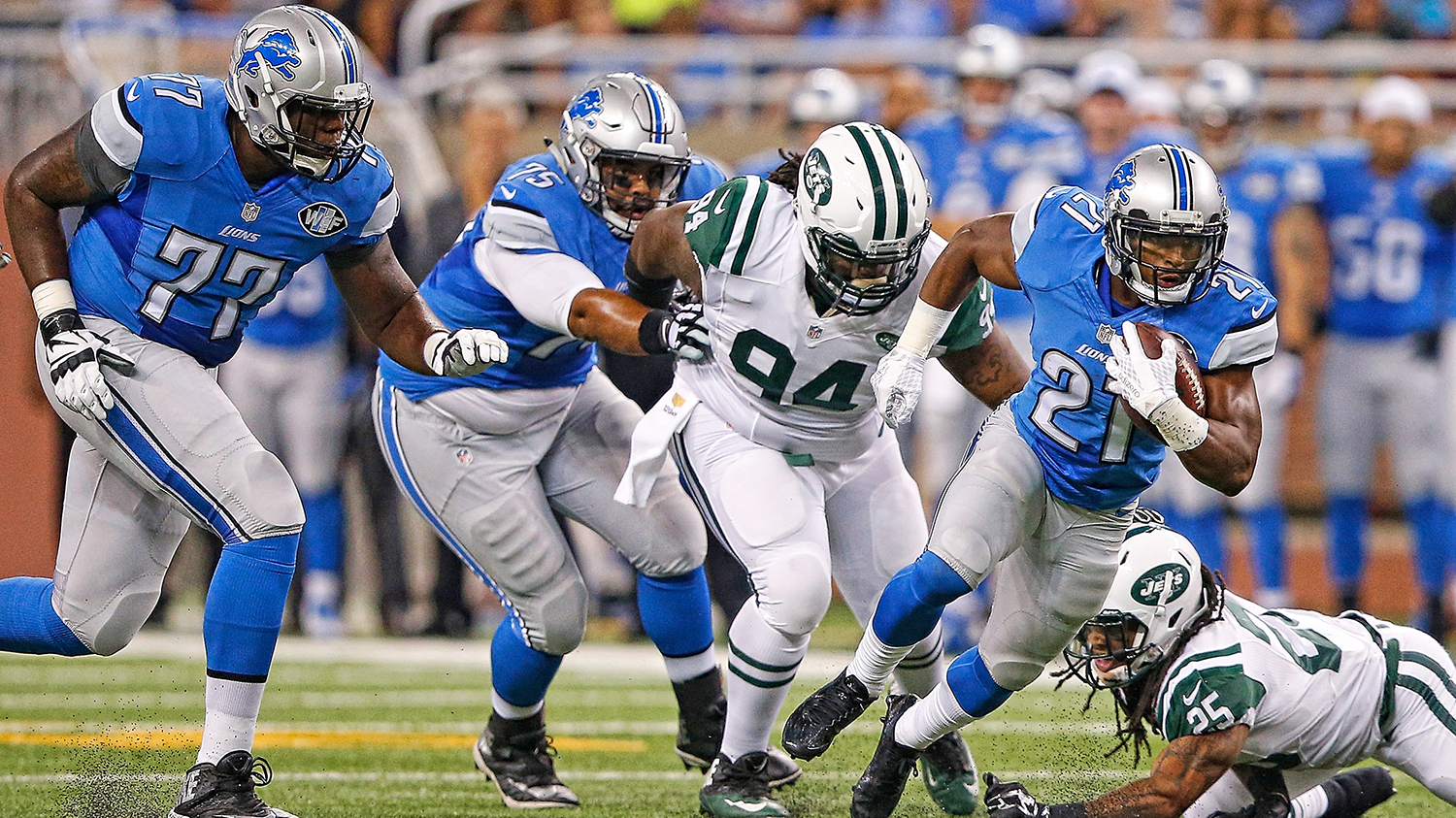 “I’m not saying he is Barry Sanders, but he’s got that kind of quickness.” YOU HAVE MY ATTENTION, TODD BOWLES. The Jets coach was referring to Detroit Lions rookie running back Ameer Abdullah, who scampered for 67 yards on seven carries in Thursday night’s 23-3 Lions win against his team. Yes, it’s just the preseason, but the Sanders is strong with this one.

They call him @Ameerguapo. And he's every Fantasy GM's sleeper pick in 2015. Watch him work and you'll know why. http://t.co/iHXnxG7uBm

Abdullah is maybe the best Nebraska running back since Mike Rozier, but last night he invoked another backfield legend. You will note that the last play in that montage is a 45-yard juke and gallop toward the end zone that sent Jets linebacker Demario Davis to Boot Hill. Let’s take a closer look at the moment Davis’s soul left his body.

Goodbye, cruel world. The collective moan of ecstasy you hear from the Ford Field crowd is the sound of several thousand people simultaneously seeing a ghost. Bowles was being nice, but he wasn’t kidding: That’s vintage Barry Sanders right there.

We’ve had a lovely summer of retirements, arrests, broken jaws, and deflated balls. I don’t know about you, but I am really, really ready to watch some explosive running backs go slingshotting out of the backfield and find another gear when they hit the second level of a defense, while a crowd celebrates like they just got hit with a monsoon after months of drought. Thanks for the laughs and tears, Summer NFL. We’re ready for some football now.