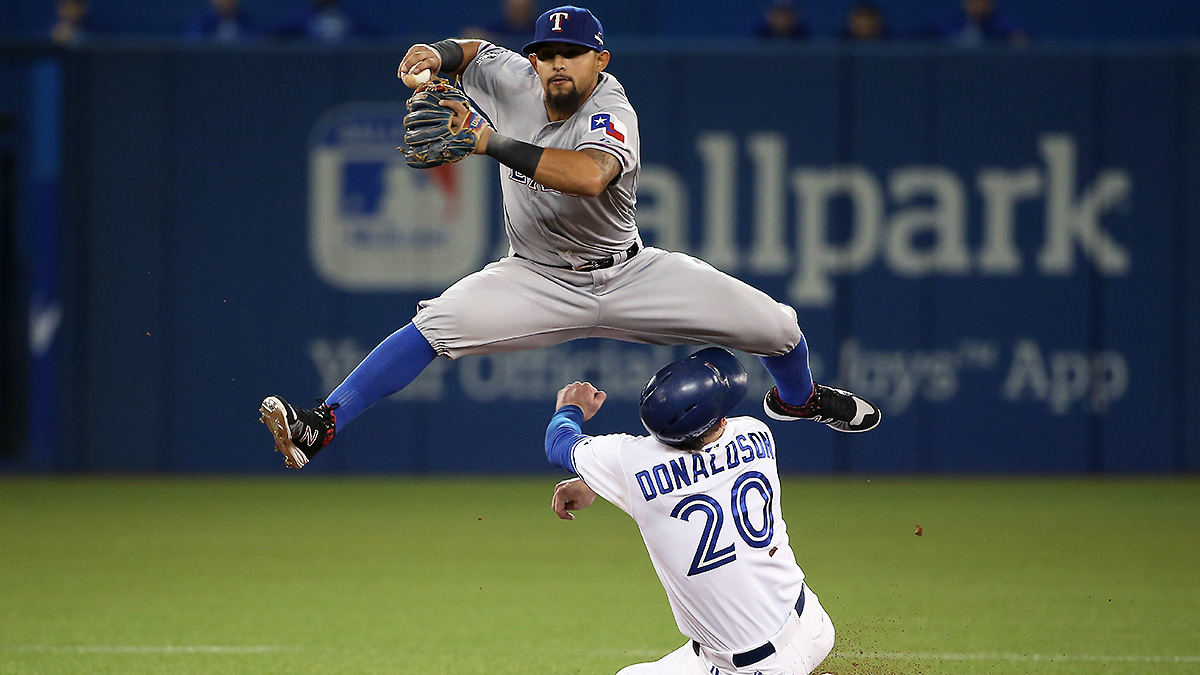 When ESPN published its expert predictions for this postseason, every single analyst picked the Blue Jays to beat the Rangers — the only unanimous prediction of the bunch. That faith in the Blue Jays was grounded in baseball’s best offense by far, plus the presence of former Cy Young winner David Price at the front of Toronto’s rotation. That faith was also reflected in the well-founded optimism of some 49,000 screaming, towel-waving fans. Appropriately enough for the only MLB team in a city that hasn’t cast off the colonial yoke of the British monarchy, this series was supposed to be a coronation.

Instead, it turned into an injury-riddled affair that had several chances to fly off the beaten path and into insanity but never did.

Price came into the game as a talismanic figure for Toronto: He was the confident, experienced no. 1 starter with one hand on the Cy Young and a contagious air of Having Been There. But that feeling didn’t last long. Price walked two in the first inning and needed a double play to escape the jam. After recovering to fan the side in the second, he lost his handle on the ball to lead off the third, hitting Rougned Odor, who went on to score the first of two Texas runs in that inning.

Two innings later, just as the Blue Jays looked set to overtake the Rangers’ lead, Price lost another ball and hit Odor again. And again, Odor scored, this time on a belt-high fastball to Robinson Chirinos, who punched it over the outstretched glove of Ben Revere in left center.

Odor himself added a home run with a low-trajectory line drive off Price in the seventh. After jumping out to a 2-0 lead, Texas managed to smother every Blue Jays counterattack before Toronto drew level, and the Rangers always managed to extend their lead shortly after the Jays narrowed the gap. No longer the imperious ace, Price left the game having lost every playoff start he’d ever made — six of them, spanning five seasons and three teams.

Meanwhile, Rangers starter Yovani Gallardo was perfect through three innings, and after five innings he handed the ball off, at which point Keone Kela, Jake Diekman, and Sam Dyson snuffed out any comeback attempts by Toronto.

Odor hadn’t been born the last time there was playoff baseball in Toronto, but he was the key figure in Texas’s series-opening win. In addition to scoring three runs and making a couple of key plays at second base, he was involved in the game’s most-scrutinized play.

Jose Bautista grounded into a fourth-inning fielder’s choice, and Josh Donaldson — as he is wont to do — flung himself into a takeout slide at second base, in the process hitting his head on the leg of a leaping Odor.

Donaldson was slow to get up after the play and ultimately had to leave the game. He passed a concussion test, for whatever that’s worth, but it remains to be seen how that play will affect him going forward.

It also remains to be seen how injuries will affect Adrian Beltre, who hurt his back on a slide into second, then aggravated it while driving in Delino DeShields with a third-inning single; and Bautista, who had to be lifted in the ninth because of a hamstring injury.

The health of those three players could determine the course of the series almost as much as the outcome of Game 1 did. Bautista is likely to play in Game 2, while Donaldson will be a game-time decision. Beltre’s injury appears to be more debilitating, and while there’s no news about his status, the Rangers are flying Ed Lucas and Joey Gallo to Toronto in case they need to make a roster move. 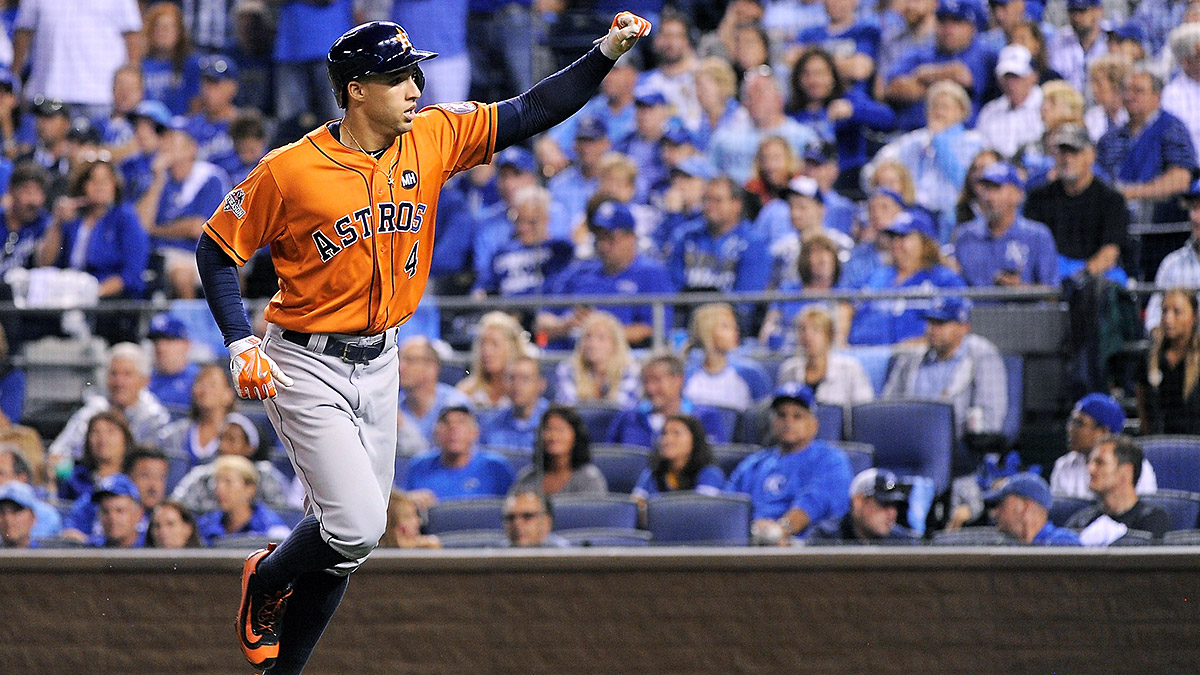 The night of unfortunate accidents continued when Royals groundskeeper Adam Wallace was run over and consumed by a renegade tarp at the beginning of a 49-minute rain delay in the third inning.

A rain delay of that length makes whether to keep a pitcher in or remove him a judgment call. Royals starter Yordano Ventura never looked sharp, allowing the first three batters he faced to reach and surrendering three runs in two innings. So Ned Yost, who’d been considering bringing Ventura back on short rest for Game 4 anyway, pulled his flamethrower after 42 pitches and the rain delay, and replaced him with Chris Young.

But as good as Young and the rest of the Royals bullpen was, the relievers could only hold serve against Collin McHugh, who came back after the delay to total six innings and 92 pitches, during which he allowed only two runs, both on solo shots by Kendrys Morales.

This game followed a similar pattern to the Toronto–Texas game from Thursday afternoon. Houston jumped out to an early lead against an ace who didn’t quite have his best command, and despite repeated counterattacks from Kansas City — Morales in particular — Houston kept adding to the lead as the game went on. George Springer homered off Young in the fifth, and Colby Rasmus added a solo homer in the eighth. Again, it’s not bad to rely on the home run for a lot of your offense if you hit a lot of home runs.

It’s been widely discussed that the road team has won every game this postseason. That’s less interesting to me than the fact that not only has the team that scored first won every game so far this postseason, the team that’s scored first has yet to relinquish the lead. And I realize that last year’s AL wild-card game spoiled us, but I’m not asking for total out-and-out chaos-scene-from-Airplane! lunacy. At this point I’d settle for a lead change, or even a tie in the late innings.

Tomorrow we’ll have four games, and if all of those end up being straightforward, we’ll know something’s up.

The Value of the Struggle in Kansas City

NLDS Preview: Breaking Down Cubs vs. Cardinals and Mets vs. Dodgers