Remember, It Can Always Get Worse: On Yu Darvish, the Snakebit Rangers, and the Nature of Baseball Suffering 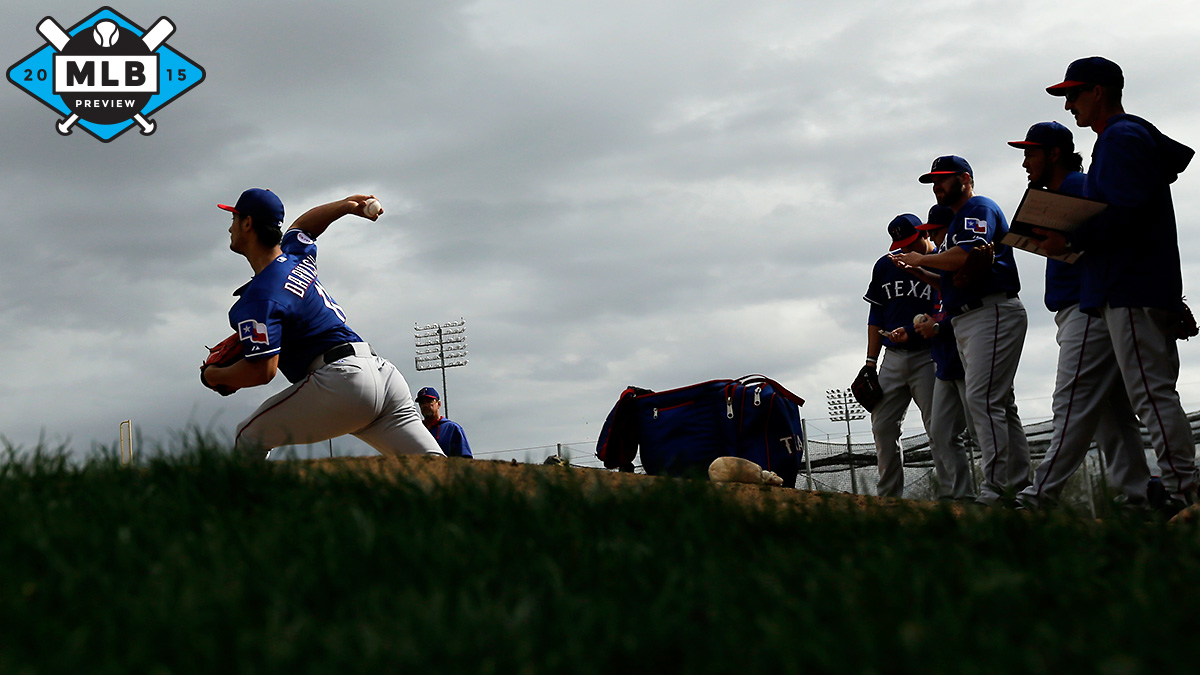 The universe has many immutable laws, but the one that applies most to baseball is this: No matter what happens, it can always get worse.

The Texas Rangers have spent the past year as a living embodiment of this, a series of blood sacrifices cast down on an altar of frayed ligaments and tendons. Yu Darvish, who is likely bound for Tommy John surgery and will miss considerable time even if he opts for rehab instead, is merely the latest installment.

I’m one of many people who considered last season’s 67-win campaign a temporary inconvenience. The 2014 Rangers showed some of the hallmarks of being the kind of team that goes from back-to-back World Series appearances to losing the wild-card game to losing a play-in for the wild-card game to finishing dead last in a division that includes a team that gets accused of losing on purpose. But rather than the Rangers being too old or behind the times, as most teams that follow that downward trajectory are, they were struck by a historic rash of injuries that were remarkable in volume and absurdity. Offseason trade acquisition Prince Fielder played in just 42 games after averaging 160 in every full season of his career. Derek Holland missed 27 starts because he tripped over his dog. Matt Harrison suffered something called thoracic outlet syndrome, which sounds like a direct-to-DVD body-horror movie set in the Alien universe.

This season was supposed to be a return to form, in which the resurgent Rangers, at full strength or close to it, could challenge for first place in the AL West once more.

Then it was announced that Jurickson Profar, once the no. 1 prospect in baseball, would likely miss his second straight season with a shoulder injury, the consequences of which cannot be overstated. Two years ago, Profar was good enough to play shortstop in the majors at age 20 — if and when he comes back, he’ll be a 23-year-old (at best) who hasn’t faced live pitching in two years and has a career OPS+ of 76.

But losing Darvish, who was diagnosed with a sprained UCL after his most recent spring training start, is the true emotional gut punch. And despite the return of Holland, and the eventual return of Martin Perez, and the addition of Yovani Gallardo, Darvish’s absence looks to be the fatal torpedo in the Rangers’ hopes of contending this year.

It’s a loss that should dismay neutral fans just as much.

Darvish’s story might be unique: It’s rare enough for ready-made no. 1 starters to show up in the major leagues, but his backstory is even more intriguing. He was the best player in NPB, and being tall, young, and handsome to boot, he was the biggest star in Japanese baseball despite never feeling wholly Japanese. His heritage is half Iranian, and his style of play was more like that of an American power pitcher than any other Japanese pitcher’s. Meanwhile, he bedeviled the best major league hitters in the World Baseball Classic in 2009, leading to a cycle of anticipation and raised expectations that compounded itself with each year he didn’t come over. Darvish, pre-MLB, was like Roy Halladay with an origin that cobbled together portions of the biographies of Alex Rodriguez and Pavel Bure.

It was almost a foregone conclusion that when he was posted and finally signed with Texas before the 2012 season, he’d be a disappointment. Perhaps the most remarkable thing about him is that he wasn’t.

Darvish has been an All-Star in each of his three major league seasons, and he finished second in Cy Young voting in 2013. For his career, he has more strikeouts than combined walks and hits allowed, and among starting pitchers with 500 or more career innings, only three other men can make that claim: Stephen Strasburg, Randy Johnson, and Pedro Martinez.

About two years ago, I started referring to something called the Darvish Moan, which is the sound a human being emits when a pitch is so nasty, so violent, and so baffling, that even if you’re watching the game alone, you can’t help but curl up into a ball, make a face like you’ve just opened a carton of sour milk, and go, “Ooooh!” Other players can throw pitches worthy of a Darvish Moan, but nobody does it more often than Darvish himself, or with such panache. The only comparisons come from outside baseball — Lionel Messi, Patrick Kane, Steph Curry — in sports that are far more amenable to the kind of conspicuous artistry that characterizes a Darvish start.

One of the most amazing things I’ve seen on a baseball field was Darvish’s near-perfect game against the Astros in his first start of the 2013 season, in which he retired 26 consecutive batters, 14 by strikeout, until Marwin Gonzalez rolled a single through Darvish’s five-hole to break it up with two outs in the ninth inning. Go do yourself a favor and watch the highlights.

I’d seen great pitching performances before, but this was something different. Curveballs in the dirt that were indistinguishable from the 96 mph fastball on the black until the hitter had already swung through it. The fading “what the fuck” slider and the biting “no, seriously, what the fuck” splitter, generating whiff after whiff after whiff — 26 swings-and-misses in total that night — in a display of sheer aggressive dominance that was almost incomprehensible to the mind as I watched it unfold. I’ll consider myself lucky if I ever see the likes of that game again. That, or the potential for that, is what we’ll be missing with Darvish on the shelf, and it’s why the fear that he’ll never be the same is so pointed.

It’s a sadly familiar fear, one we’ve experienced with Jose Fernandez and Matt Harvey in this golden age of velocity and hellacious breaking stuff and exploding UCLs. We experienced it with Halladay, and Brandon Webb, and so on all the way back to Smoky Joe Wood. We’ll experience it again soon, if not with Lucas Giolito, Carlos Rodon, or Brady Aiken, then with someone else. It’s unfortunately an inextricable part of the game, the cost of watching gifted men push the limits of what human physiology can support.

As baseball fans, we know it can always get worse. We accept that, occasionally, the gods demand a sacrifice. I just wish it didn’t have to be Darvish.

Free-Agent Roundup: Why Suh’s Contract Will Drown the Dolphins