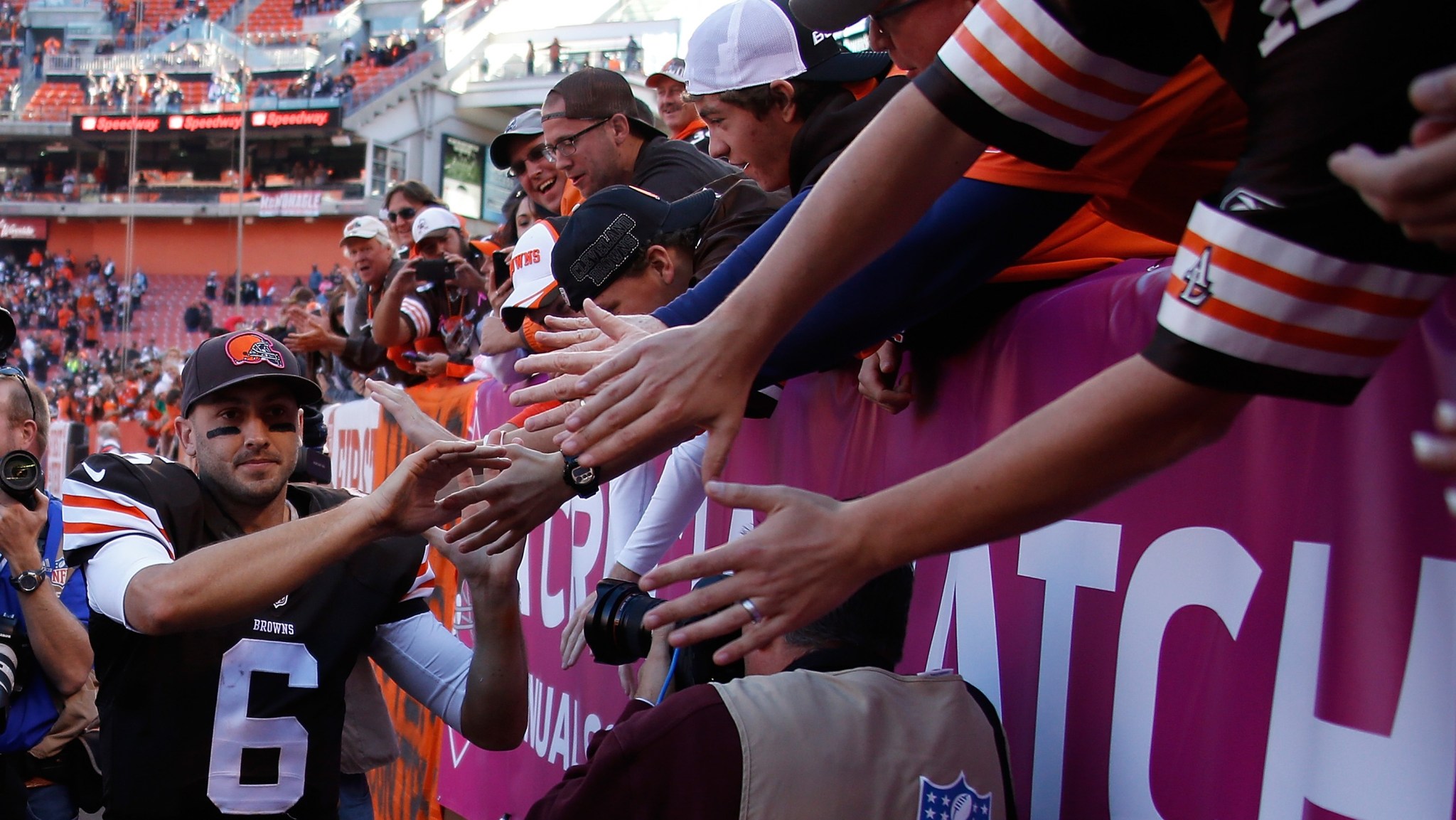 Hey, degenerate gamblers — let me be the first to congratulate me on my Week 7 successes. I’m pretty sure last Thursday was my first good one since the players switched from leather helmets. But I can only take so much blame for my inconsistent wagers. These Thursday-night affairs have been as bizarre as Renée Zellweger’s new face. And also, congratulations to me for becoming the 912,000th blogger to make a Renée Zellweger new face joke.

Anyway, I cashed in on the now “gimme bet of the century” — the first-half “over” in the Thursday-night game — plus the futures bet I made in my Week 5 summary predicting that the juggernaut Jaguars would win a game before the Raiders. You can click on the red link if you don’t believe me, or we can just move on. What … you clicked it? Where’s the trust?

Here are my Week 8 plays. Oh, and about that first-half bet — we’re doing it again …

For those of you just joining me, this is the part where we cash in on the surest bet in sports that doesn’t involve every Cardinals quarterback being listed as questionable on the injury report. Let’s quickly check the ledger and see the point totals in the first half of each of the last five Thursday-night games

Why am I betting against the hottest wide receiver in the NFL? The same guy who scored three TDs against the Chargers in San Diego last year? Simple — for the first time in four weeks none of my fantasy teams have to play against him. Demaryius, you are free to take that well-deserved rest. 2,000 jermajesties

All good players — all good odds. We are going to throw such a party when I finally hit this bet. 1,000 jermajesties each

Panthers under 1.5 turnovers vs. Seahawks

After lighting up the league with 39 takeaways last year, the Seahawks have rebounded to force only four turnovers this season. The Seattle D is struggling to rush the quarterback. It only generates pressure on 17 percent of defensive snaps. That’s last in the league. Chris Clemons, Red Bryant … gone. Byron Maxwell, Kam Chancellor … banged up. The others … meh. Heard enough? I have. 4,000 jermajesties

Over/under 397,650.5 angry fantasy football/weekly pool–related emails sent this Sunday from people who are locked out of their selections because they didn’t wake up in time to see the Lions and Falcons kick off in London at 6:30 a.m. PT

I had a mouthful to say about this on my and Bill Simmons’s triumphant return to the B.S. Report earlier this week. Pushing an NFL game to an impossibly early start time — especially for hungover West Coasters — could be reason enough to declare war on England again. I’m pretty sure there’s a section in the Declaration of Independence speaking out against these ungodly kickoff hours. It seems to fly in the face of we degenerate gamblers’ pursuit of happiness. #effonedirection

Over/under 12.5 days before we find out that Percy Harvin was having relations with Russell “Hustle and Bustle” Wilson’s girlfriend, precipitating his trade to the pitiful Jets

Had to be, right? What else could it be? Did Harvin drunkenly urinate on Pete Carroll’s car because he wasn’t getting enough red zone targets? Maybe he jokingly tried to set fire to Richard Sherman’s dreadlocks while Sherman was sleeping on the team charter? I can’t wait for the truth to come out. Despite Harvin’s struggles, you don’t just trade your big-play receiver — especially when your offense is lacking big plays — for what amounts to a peppermint mocha latte.

9/2 odds that during my introduction to Cleveland’s FirstEnergy Stadium and after a sluggish first half on offense, I will get to see Johnny Manziel’s debut appearance at QB (I know … I know … he’s taken a few snaps already — but you get the point)

Back in April, when my buddy and president of the Browns, Alec Scheiner, invited me and a couple of my pals to Cleveland for a Browns/Raiders Week 8 matchup, I was over the moon … OK — it didn’t sound so great at that time, but add in an Ebola flight scare and it makes this weekend a can’t-miss! All kidding aside, I’m actually excited about this trip. There’s a decent chance I’ll enjoy myself so much that I ditch the wife and kids and camp out for the rest of my earthly days in the Dawg Pound. I just told my wife about this fake prop. She’s currently crossing her fingers.

Over/under 3.5 seconds after the first pitch of the World Series that I realized not hedging my Royals at 18/1 odds bet was a bad idea

Under! Way under! Actually, I did hedge a little. Well — you decide. Is a parlay with the Giants to win two or more games, no grand slam in the series, and no manager ejections in the series technically a hedge, or a reason to set up a prefrontal lobotomy consultation? I promise you I’m not kidding about that parlay.

@TheCousinSal u know u sounds like a complete idiot when you speak?

What am I to do? This is the way I sounds. I can look into changing how I sounds but it might be too late in the game for that. How does any of that sounds to you? Idiot!!

Facing Antonio Brown in PPR is like facing @TheCousinSal in a pie-eating contest. You have no chance #MNF #FantasyFootball #stuffed

I don’t care how you meant that — I’m taking it as a compliment. When I was 15 years old, I spent the summer at a wrestling camp in Stroudsburg, Pennsylvania. At the end of a grueling week of conditioning there was a pie-eating contest. There were 40 groups and I was chosen to represent mine. Long story short — I ate nine blueberry pies in 20 minutes, good enough to earn me second-place honors. That event marked the first of many high school wrestling–related vomiting sessions. So, your analogy is spot-on. Good job by you, @FFLRants!

Over/under 37.5 blunts rolled by Snoop Dogg before taping this episode of Plizzanet Earth as seen on Jimmy Kimmel Live this week

You don’t need “Blu-ray vision” to see that Plizzanet Earth is here to stay.

That’s that. Enjoy Week 8 and be sure to watch my NFL gambling segment with Neil Everett on SportsCenter on Thursday at 10 p.m. PT (or Friday at 10 a.m. ET), during which I will reveal my Locktober Lock of the Month!
— Cousin Sal