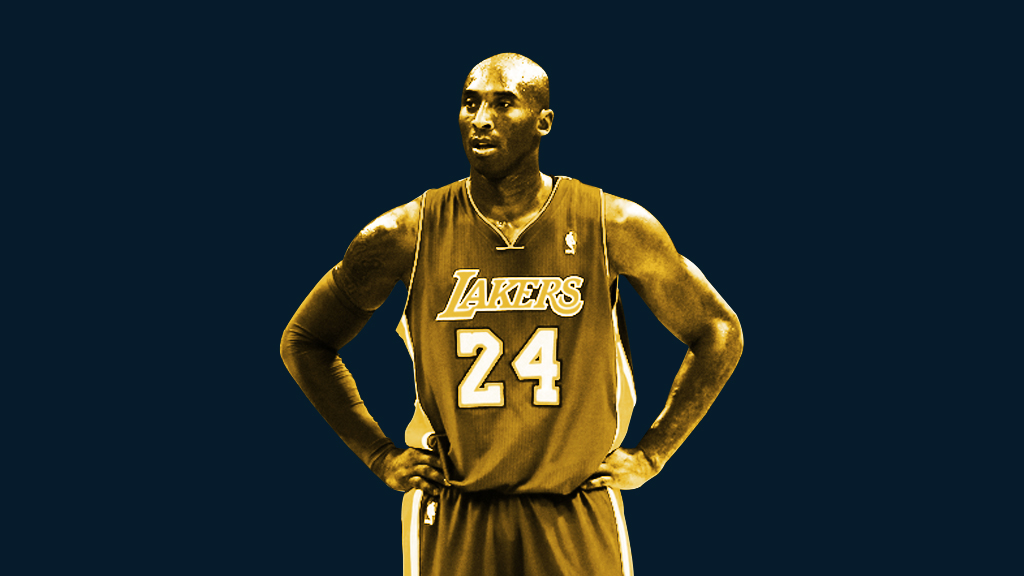 The Triangle All-Star team is a way for the Triangle blog to celebrate our favorite players. This week we will introduce you to the people’s Dream Team — the characters, untapped talents, and head cases who make the NBA our favorite thing to watch. So far we’ve filled out the starters and the second unit. Today, the glue guys.

OK, end of the bench. The glue guys. First up, we have Victor Oladipo. 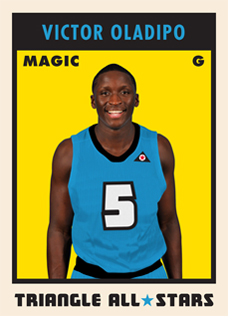 He’s here to play defense, dunk, and sing on cross-country flights. But … we have to cut Dipo’s celebration short. We need to talk about the other guy rounding out this roster. The leader. The lion. The Mamba. The monster hiding under Dwight Howard’s bed. Vino himself. Bean. Mr. 81. Mr. When Your Game Takes a Shit, Flush It. Kobe Bryant. Grab your rings and listen up.

Enough is enough. Seriously. We made Kobe the 12th man on this roster in September, but nobody was prepared for the tornado of takes we’d be stepping into when it was time to actually write about him. Six weeks later, he’s been turned into a punch line next to his peers, a punching bag for basketball writers, and a scapegoat for the state of the Lakers. It’s all gotten out of hand.

We’ve already had too many arguments about this, but I’m horrible and I can’t resist responding here. Just give me a second.

Kobe’s not dominant anymore? Sure. He’s 36 years old. You could say the same thing about Dwyane Wade and Dirk Nowitzki. But imagine him on a team like the Bulls this year. Doesn’t he make them favorites in the East? Kobe’s not great enough to carry a bad Lakers team to the playoffs, but let’s stop pretending that he’s the most overrated player in the NBA.

Everything you need to know about the coming season.
Kobe makes too much money? Absolutely … if you’re comparing him to all the underpaid superstars across the NBA. But it was worth it to the Lakers to pay Kobe to stay relevant while they rebuild. And he’s probably the biggest reason the Lakers signed a $3 billion TV deal a few years ago. $48.5 million seems like a fair compromise for everyone.

Kobe kept the Lakers from adding superstars this summer? LeBron’s from Cleveland, not L.A. But sure, he didn’t want to meet with L.A. the same way he didn’t want to meet with Dwight Howard’s Houston team, or Goran Dragic’s Suns team, or anyone else but the Cavs and Heat this summer. Elsewhere, L.A. had the cap space to offer the max to Carmelo, but Melo could get more money in New York, so that’s where he went. What other superstars were there? Should the Lakers have given Eric Bledsoe $70 million so they could win 43 games and finish 10th in the West?

Kobe chased off teammates? Would the Lakers have been better off keeping Bynum? Or building around Dwight Howard for $100 million over the next five years? Or keeping Pau to try to win 40 games this year? I’m genuinely curious about which lottery ticket the Lakers missed out on because of Kobe Bryant the past few years.

It’s not good enough to say Kobe’s not dominant anymore, because that part is obvious. So everyone has to take it a step further. That’s when you turn Kobe into a toxic element that’s poisoning the water at Staples Center. This guy gets it:

“It’s horrendous. It’s evil. It’s a hard drug to quit when you’re winning,” says a front office executive from a rival team who knows everyone involved well. “Kobe has cost the Lakers dearly in human capital. Kobe has hurt a lot of people. In some cases jeopardized careers.”

Come on. The Lakers were due to rebuild regardless. There has been bad luck (the drop-off between CP3 and Steve Nash is pretty depressing), bad decisions (Jim Buss choosing D’Antoni over Phil), and old age that was always going to hit the Lakers’ core the same way it hit the Celtics.

The only rational way to blame Kobe for the state of the Lakers is to say that his presence in L.A. has kept them from adding Paul George and Kevin Love and God knows what other theoretical superstars who would have signed there. But that assumes the mere idea of the Lakers and Los Angeles is enough to make players magically demand trades or leave more money behind to go play for an empty roster in Southern California. The only people who actually believe that are the same delusional Lakers fans who think Kobe can still go toe-to-toe with LeBron for MVP.

For the rest of us, we can look at it like this: If this final two-year era of Kobe is a tax after 15 years of winning, it’s absolutely worth it.

The Lakers are rebuilding and rewarding Kobe at the same time, and staying in the spotlight while it happens. It’s actually not a bad plan. It’s better than what’s happening with the Celtics. They cut ties with their stars and gutted their roster, for … what exactly? How many Celtics games are you watching this year?

But will you watch every Lakers game on national TV to see what happens with Kobe?

That’s where this gets fun. That’s why he’s on the Triangle All-Stars. We’re watching the end of Training Day in real life. Ethan Hawke is Pau, and we have maybe three or four months before Kobe recites this speech word-for-word.

We know how this ends. Critics coming out of the woodwork to take anonymous shots, the team crumbling around him, the league passing him by, Kobe refusing to acknowledge that anything has changed. This is always how it was going to end. Kobe would play in L.A. forever if these next two years of misery wouldn’t prove it’s time to go. Jordan needed the same thing. 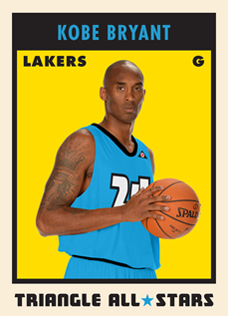 Until then, get onboard #TeamMamba. Forget the Witness shirts, go buy a RINGSSSSS shirt. He’s Jordan with a sense of humor. The press conferences alone make this Lakers season worth it. He was living “Men lie women lie BUCKETS DNT” when Dion Waiters was still in grade school. Now he’s almost a caricature of that character, stuck trying to revive his career on a caricature of a basketball team — Jeremy Lin, Carlos Boozer, Nick Young, Byron Scott. Steve Nash can barely make it up the court. Watching Kobe on the court isn’t what it used to be. But watching Kobe respond to the reality on the court will be as entertaining as anything in the NBA. Are you prepared for a full year of Kobe the mentor?

His idol the other night:

Kobe on Julius Randle having him and Byron Scott as mentors: "It means he can't f— it up. If you f— this up you're a really big idiot."

Maybe he did chase off Dwight Howard with that kind of attitude. But if that’s suddenly a criticism, then I’d also like to say the way Kobe approached Dwight’s free agency just confirmed everything I’ve ever wanted to believe about Kobe.

That dichotomy is probably the closest thing you’ll find to truth in the never-ending argument over his legacy. The criticism and the praise are both pretty much true. He’s been every bit as unbearable as his critics say, and he’s been every bit as incredible as the believers promise. He would be miserable to play with, but he also brought the best out of Lamar Odom, Pau Gasol, and Ron Artest. He’s one of the most contrived celebrities we’ve ever seen, but he also keeps it realer than just about anyone in the NBA. Maybe he really is part of the problem for the Lakers, but he’s also been the solution since Bill Clinton was president. His myth has been inflated more than any superstar in the league, but he’s also lived up to it more times than anyone can count. This discussion could go on forever, and it probably will.

The NBA isn’t science, it’s literature. And we’re reading the final chapter of one of the greatest characters ever. Believe whatever you want. But don’t pretend this hasn’t been worth the investment.