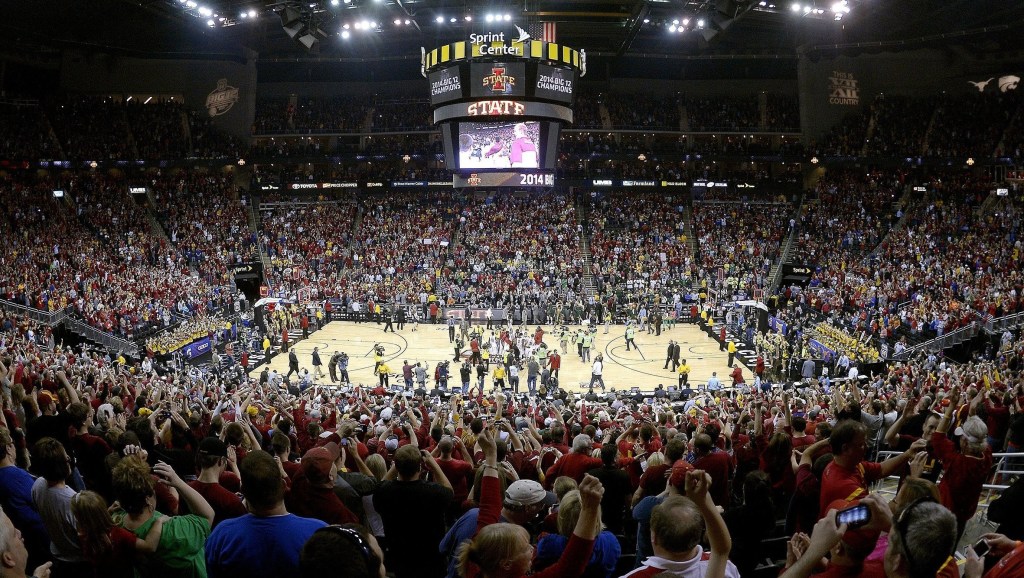 March Madness. Absolutely my favorite betting event of the year. Unless you count the NFL preseason, NFL regular season, NFL postseason, and, of course, the July Fourth Nathan’s Hot Dog Eating Contest. Despite my gridiron and pork bias, I remain focused on the task at hand … picking winners. Let’s quickly recap my recent expertise.

Yep — that’s me. The guy who roots against the most exciting moments in sports. I’m also the a-hole who bets the “don’t pass” line at the craps table. Oh, and I’m also the guy who has won this bet three years in a row. Although I’m pretty sure I blew this wager the previous seven years. Either way, it’s a nice play since you don’t even have to pay attention to the last two minutes of about 25 of the 32 games. Not to mention, betting against the buzzer-beater is a fantastic way to develop ulcers and knock a few years off your life. Let’s knock them off together, shall we?

(Quick note: A buzzer-beater is a shot that ends the game. There can’t be any time left on the clock after the shot. So when Dougie McBuckets drains a 3 with 0.2 left to bury Louisiana, you can refrain from tweeting me about what a disgraceful gambler I am. I promise — there will be plenty more opportunities.)

This degenerate gambler has put an end to many a streak. Julio Cesar Chavez … the 2007 Patriots … the 2009-10 Connecticut women’s basketball team. Yep — I was on the losing side of all those spells. When the Harlem Globetrotters run out of confetti, I will for sure have them on a money line parlay. And now I have the no. 1 vs. no. 16 massacre in my sights. Since the tournament expanded to 64 (now more) teams, no. 1 seeds are 116-0 vs. no. 16 seeds. Albany, Weber State, Cal Poly, Coastal Carolina … Sally Mush here challenging you to bring it.

Well, I have Kansas winning the whole shebang, so the Sweet 16 shouldn’t be a problem. It hasn’t been a problem 28 times in the school’s existence, and this year Kansas is practically playing the first two games in its backyard. Freshman phenom Andrew Wiggins is finally playing with consistency. Stanford is banged up and lacking in depth and New Mexico already fell to the Jayhawks earlier this season. Knowing that they likely get Joel Embiid back next week should be all Bill Self needs to motivate this talented and — yeah, I’ll say it — underrated Kansas team.

Will Syracuse make the Sweet 16? NO (Even)

I don’t even have Syracuse making the Thrifty 32. This might be sour grapes after I lost backing the Orange with American currency in five of their last six regular-season games. After that miserable stretch I declared that come tournament time whatever no. 14 seed was playing this current version of Syracuse would be foaming at the mouth. That fortunate foe is Western Michigan. And I’m sticking to my word. Broncos by a field goal!

I’m a little biased as my bracket has Kansas winning it all (see above), but I think this crop of no. 2s is a good one. Best of all, aside from Kansas, they all have the “nobody believes in us” motivation. Villanova, Wisconsin, and Michigan are all rock-solid road teams and are all well-coached. You can’t ask for more than that come tournament time.

Sure it was 8-10 in the Big 12 but the Cowboys are a totally different team with Marcus Smart in the lineup. Not to mention — no one in their right mind seated in the first three rows (who doesn’t want to end up with a fist shoved through their sternum) will audibly root against Smart or Oklahoma State. We all learned our lesson. Phil Forte’s sharpshooting from behind the arc can cause a real problem for Arizona and anyone in Oklahoma State’s way.

This is the double-digit seed you should look out for. The Hawks are red-hot, winning nine of their last 11, including a dazzling A-10 title game win over defensive juggernaut VCU. Halil Kanacevic is a monster inside and Langston Galloway’s outside shooting is tough to match. Coach Phil Martelli will benefit from upsets in a weak bottom half of the East region.

Here’s the thing with the Quicken Loans billion-dollar bracket challenge. Wouldn’t it be easy to take … let’s say … $900 million and pay off the teams to fix it so that your bracket was perfect? All you have to do is grease the coaches. Sure — the ones with integrity would be a little more demanding. You could probably get Coach K and Rick Pitino to take a dive for $150 million. On the other hand, you could almost definitely get the coach of Eastern Kentucky to tank for a case of Schlitz and a handful of beef jerky. Like we would need him to tank anyway. So all we need is $900 million to make our $100 million profit. And where are we going to get that $900 million? Quicken Loans! Damn — it got us just where it wants us.

Over/under 1.5 minutes of college basketball the receptionist in your office with multiple piercings and hair hues who will inevitably win your office pool has watched this season

It’s one of the sad realities of life we must deal with. And until we die-hard basketball fans act on the fact that a Billiken is cuter than a Wildcat, it shall remain a sad reality.

I’ll give anyone a billion dollars if they can figure out what the hell I’m talking about here.

Over/under 9.5 coronaries suffered by Dick Vitale before the Sweet 16

Dicky V. almost burst his spleen with enthusiasm the other day explaining that the selection committee did an “OK” job. He’s very excitable about every and all situations. A glass eye half-full type of guy. Let’s pray for mine and Dicky’s sakes there are no buzzer-beaters.

35,000/1 that the first scoring play of the very first game today between Ohio State and Dayton will be a safety

Under the current scoring system employed by the NCAA, this seems like an impossible feat. However, my friend Daniel has money on it and he is as lucky as he is drunk.

I shouldn’t get too down on Jones. This week the Cowboys’ beloved GM was able to sign Cleveland Browns great Brandon Weeden for next to nothing. The Dallas roster now boasts three quarterbacks over 30 years old. That, my friends, is winning football. And so is this …

30,000/1 odds that State Farm hires me and the “manager” in this Jimmy Kimmel Live! hidden camera bit to replace Chris and Clifford Paul as their pitchmen

And that’s that. Enjoy the madness.

Your Guide to NHL On-Ice Percentages