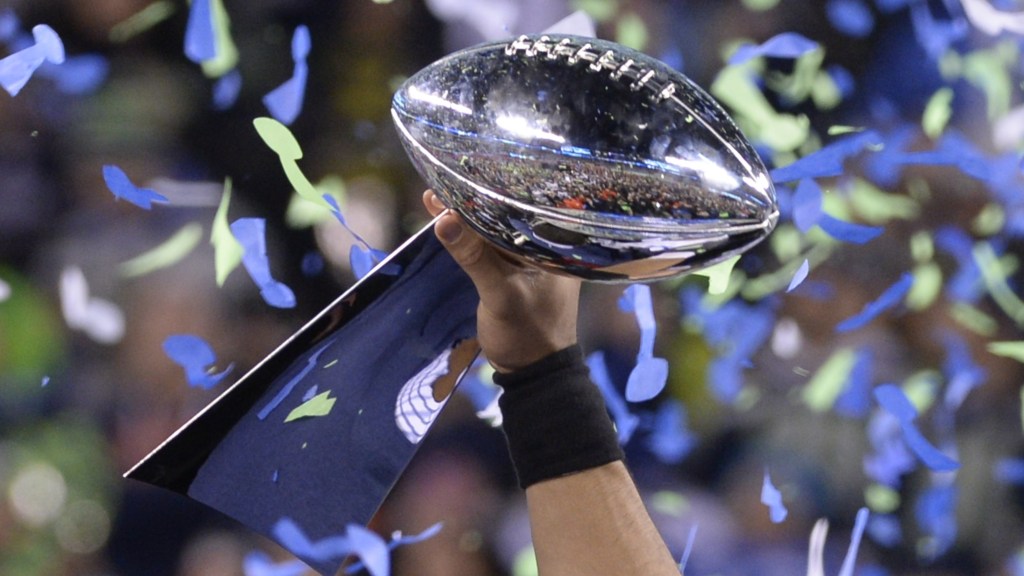 • The Seattle Seahawks won Super Bowl XLVIII in astonishing fashion, blowing out the Denver Broncos 43-8. “OH YOU KNOW WHO IT IS, PETE CARROLL PETE CARROLL PETE CARROLL,” Seahawks head coach Pete Carroll announced as he jogged in place after the game. “PETE CARROLL PETE CARROLL PETE CARROLL.” When asked if he was going to say anything else, Carroll continued to repeat his name as if he hadn’t heard the question. Eventually, ESPN reporter John Clayton went to tap Carroll on the shoulder, only to find that Carroll wasn’t there, and all that was left in the media room was a Carroll-shaped cloud of dust and the echo of his voice.

• Two weeks after hauling in the game-clinching interception in the NFC Championship Game, Seahawks linebacker Malcolm Smith was named Super Bowl MVP, becoming the first defensive player since 2002 to win the award. As a lifelong Seahawks fan, let me just say I am in no way surprised that Malcolm Smith is heavily involved in the two biggest plays in the franchise’s history. Nope. Not at all. There’s nothing weird about that. This makes total sense. Nothing seems amiss. Everything checks out. Malcolm Smith. Clutchest player in Seattle sports history. You bet. Sure thing. Uh-huh. OK. Yup. Mmm hmm. All right! Suuuuure. R’okay! Whatever you say, boss. Whatever you say.

• Syracuse survived a determined effort by new ACC rival Duke, winning 91-89 in overtime to improve to 21-0 on the season. “Rival?” scoffed Duke fraternity member Trip “Chip” Callahan-Monthallahan IV after the game. “Duke has only one rival.” When asked who that was by his fraternity brother Chip “Trip” Monthallacan-Contlanhan V, Callahan-Monthallahan IV replied, “Our own ambition” before spontaneously combusting.

• The surprising Phoenix Suns are reportedly investigating a trade for Lakers forward Pau Gasol. “I love Los Angeles,” Gasol said when asked about the rumors, “and also, I don’t know who the Suns are.” When told they are the team that plays in Phoenix, the Barcelona native leaned back and said, “Oh! You mean the Sols. Yes, given the current state of the City of Angels’ roster, I would not mind a move to the Sols.”

• Manchester United’s woeful season continued apace, with the Reds falling to Charlie Adam and Stoke 2-1. “We’re so close to turning this thing around,” Manchester United manager David Moyes said after the match. “We just need to start outscoring our opponents regularly.” Moyes allowed himself a smile, as he imagined his team outscoring another side, before grimacing slightly and adding, “Or scoring as many goals as them. But ideally outscoring them. Once we start doing that, we’ll be winning for sure.”

• The Indiana Pacers have signed free-agent center Andrew Bynum for the remainder of the NBA season. The team considers him insurance in cases where All-Star center Roy Hibbert is injured or saddled with foul trouble, or head coach Frank Vogel needs to credibly scapegoat a random member of his team as a malcontent to the media.

• Bubba Watson missed a five-foot putt to force a playoff, giving Kevin Stadler, who finished at 16-under, his first PGA tour win at the Phoenix Open. Stadler, the son of former Master champion Craig “The Walrus” Stadler, said after the tournament, “Please don’t trick me into saying, ‘I’m not the Walrus.’ Do you know how many times people did that to me as a kid? If the soundbite from this is me saying, ‘I am not the Walrus,’ I’m going to be super pissed. I’m my own man, and besides, I already have the nickname Smallrus. Please, just, please, don’t trick me.”

• LeBron James poured in 30 points as the Heat easily handled the New York Knicks at Madison Square Garden 106-91. A boy and his father watched the game from their home in Queens on Saturday night. No words were exchanged between the two as the game ended. There was nothing to say. They both just sat, still, and waited for the next day to come. It came, and they stayed seated, eyes glued to the television. And they watched as the Seattle Seahawks, led by Pete Carroll, won the Super Bowl. Finally, the boy spoke. “If that team with that strange elderly man with the energy of three rabbits can win,” the boy asked, “who is to say that we cannot win? Or, say, a team in Cleveland? Or Buffalo? Is not anything possible now?” The father looked at his son, and nodded. “Do you think that it is possible?” The boy nodded back. The father shook his head, as a tear ran down his cheek. “You are young,” the father said, and he put a hand on the boy’s back. “But you will be old soon enough.”