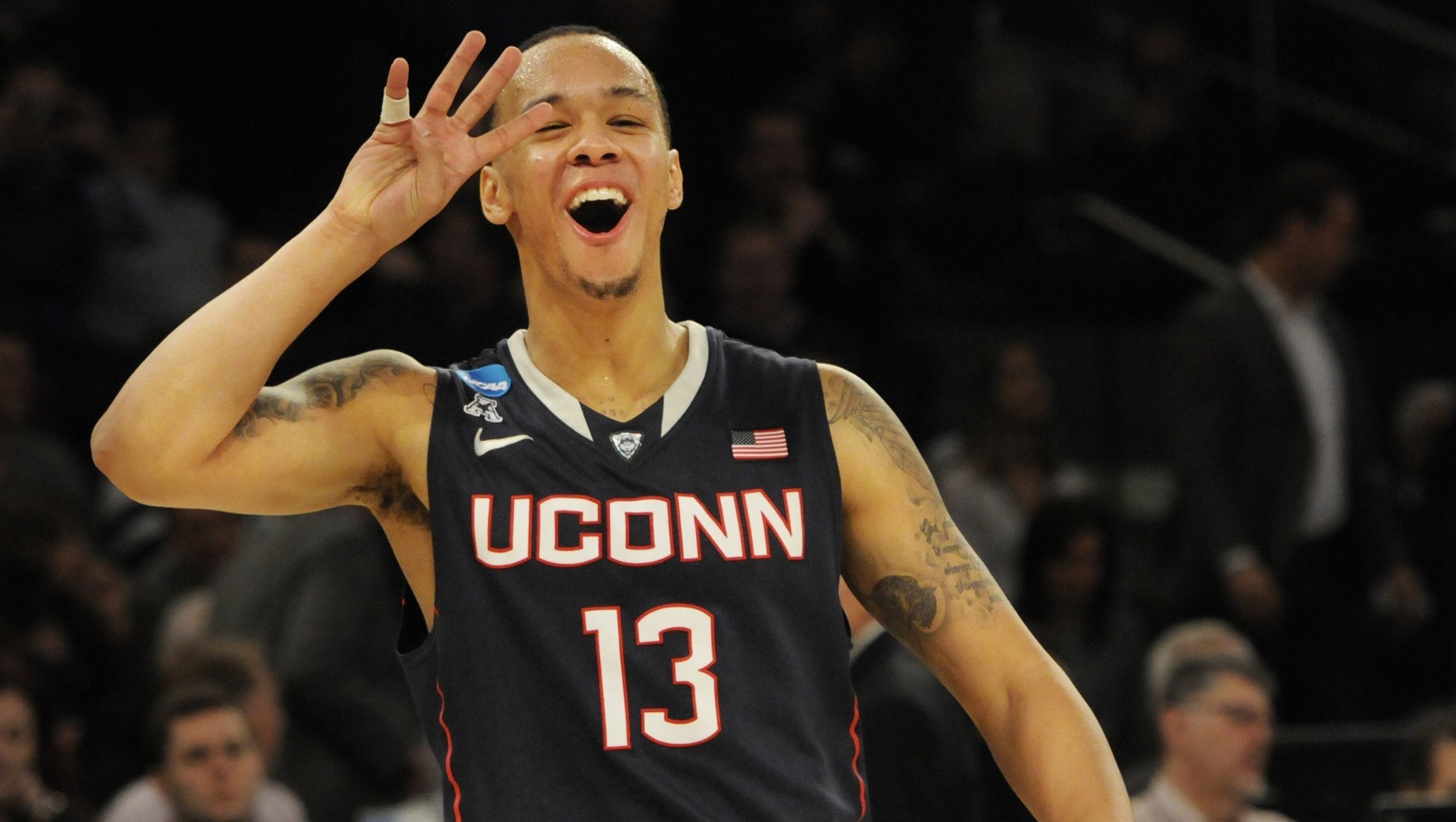 In case you were busy recoiling in horror as Tom Coughlin flashed a toothy grin upon hearing the news of DeSean Jackson’s release, here are the top six stories you missed in sports last weekend:

In tournaments that better not end like The Hunger Games with some cop-out tie:

The Final Four in men’s college basketball is set, and it’s headlined by an unusual pair of underdogs: Connecticut and Kentucky, who got past Michigan State and Michigan, respectively, to punch their tickets to Texas. “Oh no, it’s a trap!” yelled Huskies coach Kevin Ollie when he realized what happened. “We have to go to Arlington! No, turn around, turn around! Let them win, dear god, turn the clocks back on! Turn the clocks back on!” But it was too late. Tom Izzo was standing in the corner, arms crossed. “Have fun, Coach,” Izzo said with a cruel smirk before adding “sucker” and laughing until his spleen started to ache.

Joining UConn and Kentucky are top overall seed Florida and Wisconsin, who celebrated with Packers quarterback Aaron Rodgers after beating Arizona 64-63 in an overtime thriller. “What in the hell?” asked Cal point guard Justin Cobbs upon hearing the news. “Rodgers is a Golden Bear, man. Totally messed up.” Cobbs then shook his head and added, “This is almost as bad as that time I saw Jack Nicklaus partying down at Stanford. Guy was playing flip cup and everything. What of golden bear loyalty, I ask? What happened to golden bear bros forever?”

In scary beards and redundant psuedo-holidays:

Liverpool thrashed Spurs 4-0 at Anfield, grabbing three crucial points and the top spot on the English Premier League table. “Ow,” said San Antonio Spurs coach Gregg Popovich as Jordan Henderson scored Liverpool’s fourth, before Popovich looked around at an otherwise empty room and asked, “What the hell was that? Seriously? What just caused me pain? It’s almost as if an organization with a similar name to mine just got its ass kicked so hard it hurt me. But that’s impossible. Right? Yeah, definitely. But maybe? Wait. Who am I talking to? Keep it together, Gregg. Don’t crack up now. You’re almost in the playoffs, and you have starters to rest.”

Novak Djokovic put together a dominant performance to win his fourth Sony Open, beating rival Rafa Nadal in the final 6-3, 6-3. The two men have now played an Open era–record 40 matches against one another, with Nadal holding a 22-18 edge. Unfortunately for Nadal, those matches fell in such a way that he just lost the career match between the two men 0-6, 6-4, 6-4, 0-6, 6-2.

In NBA teams fighting for their playoff lives:

Somehow, despite being 12 games ahead in the win column, the Memphis Grizzlies are just as much on the outside looking in at the playoffs as New York after the Knicks topped the Warriors, 89-84, and Memphis fell to the Blazers 105-98. “That’s justice, right?” a boy asked his father in a small apartment in Queens. “That the Knicks are so close?” He was holding the NBA standings, which he had cut out of the Post. The father didn’t say anything, so the boy added, “You know, because of all the bad stuff that’s happened to us. Justice, right?” Silence gripped the room as the father thought to himself, There is no justice, but he said nothing, and closed his eyes and gritted his teeth as the boy stood still in front of him. After minutes passed, maybe hours, the boy said, “Oh, there is no justice, is there?” The father did not nod. He did not have to.

DeSean Jackson FAQ: What the Eagles Were Thinking and Where We Go From Here