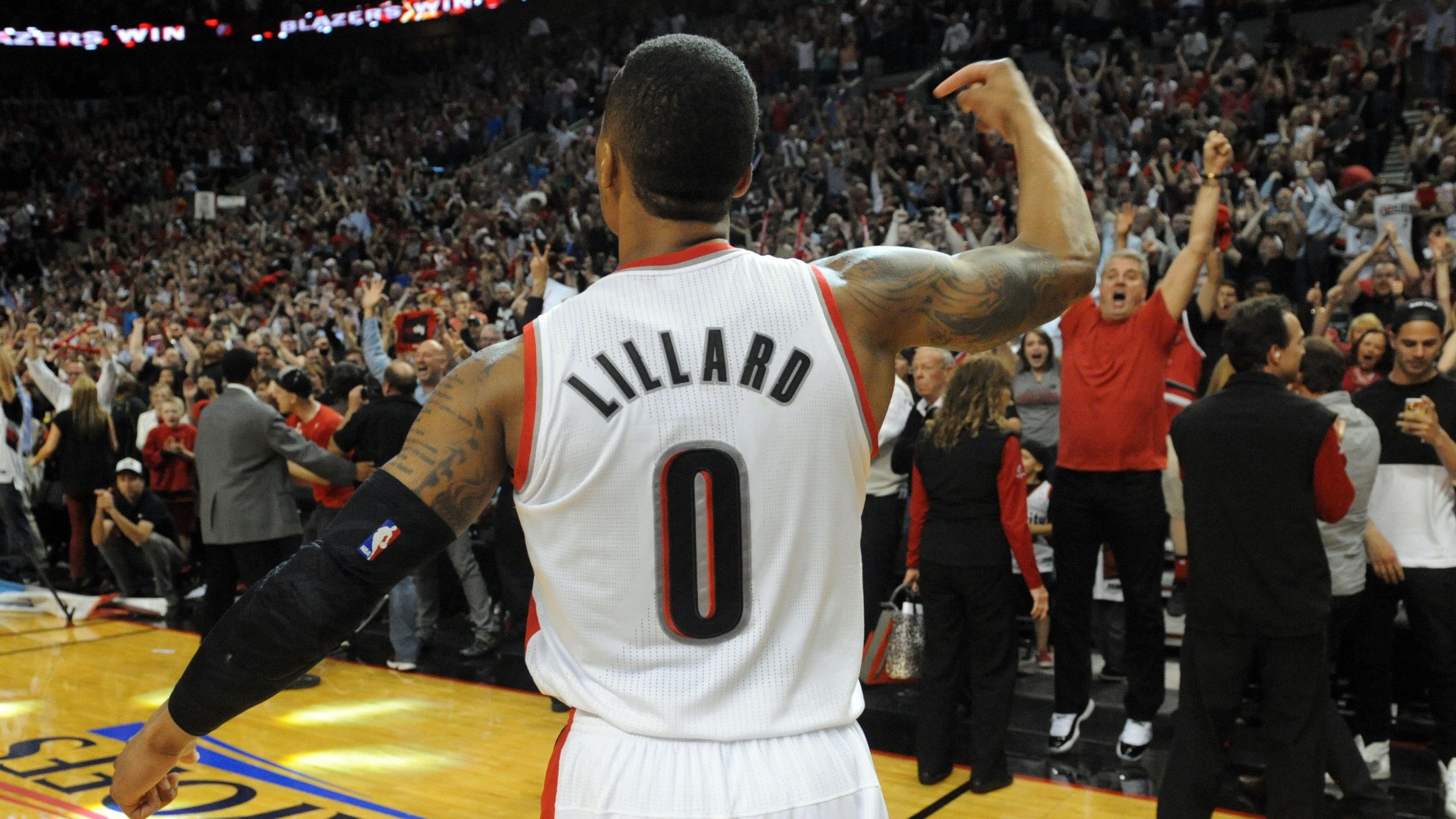 In case you were busy paying your respects to The Captain, here are the top six stories you missed in sports last weekend:

In ABC means Always Be Closing:

Paul Pierce’s clutch block secured the Brooklyn Nets a 104-103 Game 7 win over the Toronto Raptors, while the Spurs throttled Dallas, 119-96, to make sure there was no risk of getting Dikembe’d as the West’s top seed. But the clutchest win of the weekend came Friday, when Portland nabbed its first playoff series win since 2000 with a stunning 99-98 win over the Rockets. A win in which Damian Lillard did this:

Now I don’t want to say that Lillard stole my shot, but man, coming off the double screen, catching, falling to his left, and releasing while fading away ever so slightly? I drained that one so many times on the Koosh mini-hoop in my bedroom. And yes, sure, the double screen was imaginary, and yeah I wasn’t being D’ed up by Chandler Parsons so much as by two standard poodles, but that’s still my shot. And while I’m glad you borrowed it, in the future, feel free to pay proper respect, Dame.

Also making it out of the ridiculously hard-fought first round of the NBA playoffs were the Indiana Pacers, who issued checks that their metaphorical asses could cash against the Hawks in a 92-80 win at Bankers Life Fieldhouse, Kevin “Muffins” Durant and the Oklahoma City Thunder, who beat a depleted Grizzlies team 120-109, and the Los Angeles Clippers, who beat the Warriors 126-121 to win the most emotionally confusing game in NBA playoff history. And I blame Adam Silver for the confusion: If he had just behaved like an average commissioner and slapped Clippers owner Donald Sterling on the wrist for his racist remarks, then it would have been so easy to root against the Clippers. But no. He had to go and behave excellently. Now my feelings are tinged with respect for the league and the team for handling adversity in a forthright manner. What the hell kind of commissioning is that? Not any I’ve ever known in my lifetime, that’s for sure.

The red-hot Blackhawks have now won six consecutive playoff games and hold a 2-0 second-round series advantage after Bryan Bickell powered Chicago to a 4-1 win over the Minnesota Wild. “This is the best franchise this city has,” said every Chicago resident under the age of 15. “I just wish I could see a Bulls team with the postseason prowess of the Blackhawks once before I die,” said much to the existential chagrin of every American over the age of 15.

In other gambling-related news:

California Chrome won the Kentucky Derby in the sport’s biggest Cinderella story in decades. California Chrome is owned by two friends, Perry Martin and Steve Coburn, who, in a sport increasingly dominated by the super-wealthy, spent less than $11,000 to breed the horses that produced a potential Triple Crown winner. This makes it the ultimate underdog story that is also literally a story about dropping five figures on getting horses pregnant.

Floyd Mayweather survived one of the toughest fights of his career, beating 12-1 underdog Marcos Maidana to move to a lifetime record of 46-0 via majority decision. When asked if he was willing for an immediate rematch with Maidana, Mayweather replied, “Absolutely. I am committed to doing whatever it takes to give my fans the fight they want the second-most at any given time, and I think a rematch with Maidana fits the bill.”

In Hollywood Nights (and Days) (in Miami):

Yasiel Puig’s monster home run Saturday propelled the Dodgers to a 9-7 win over the Marlins, but the Dodgers outfielder was shaken up Sunday while Miami plated the winning run in a 5-4 win over Los Angeles. So Puig did these two noteworthy things this weekend:

And naturally, the one that was considered a play worthy of condemnation was the home run, in which he tossed his bat in a most Brett Booneish manner, while the game-losing missed catch that may knock him out of the Dodgers’ upcoming slate of games is an example of Puig’s best attributes. And if this is confusing to you, I suggest waiting half a decade for Ken Burns’s Baseball, The 11th Inning, which will feature a sepia-toned explanation that will make everything perfectly clear.

NBA Playoffs Shootaround: Fallen Heroes of the First Round