About Last Weekend: Farewell to the Cup 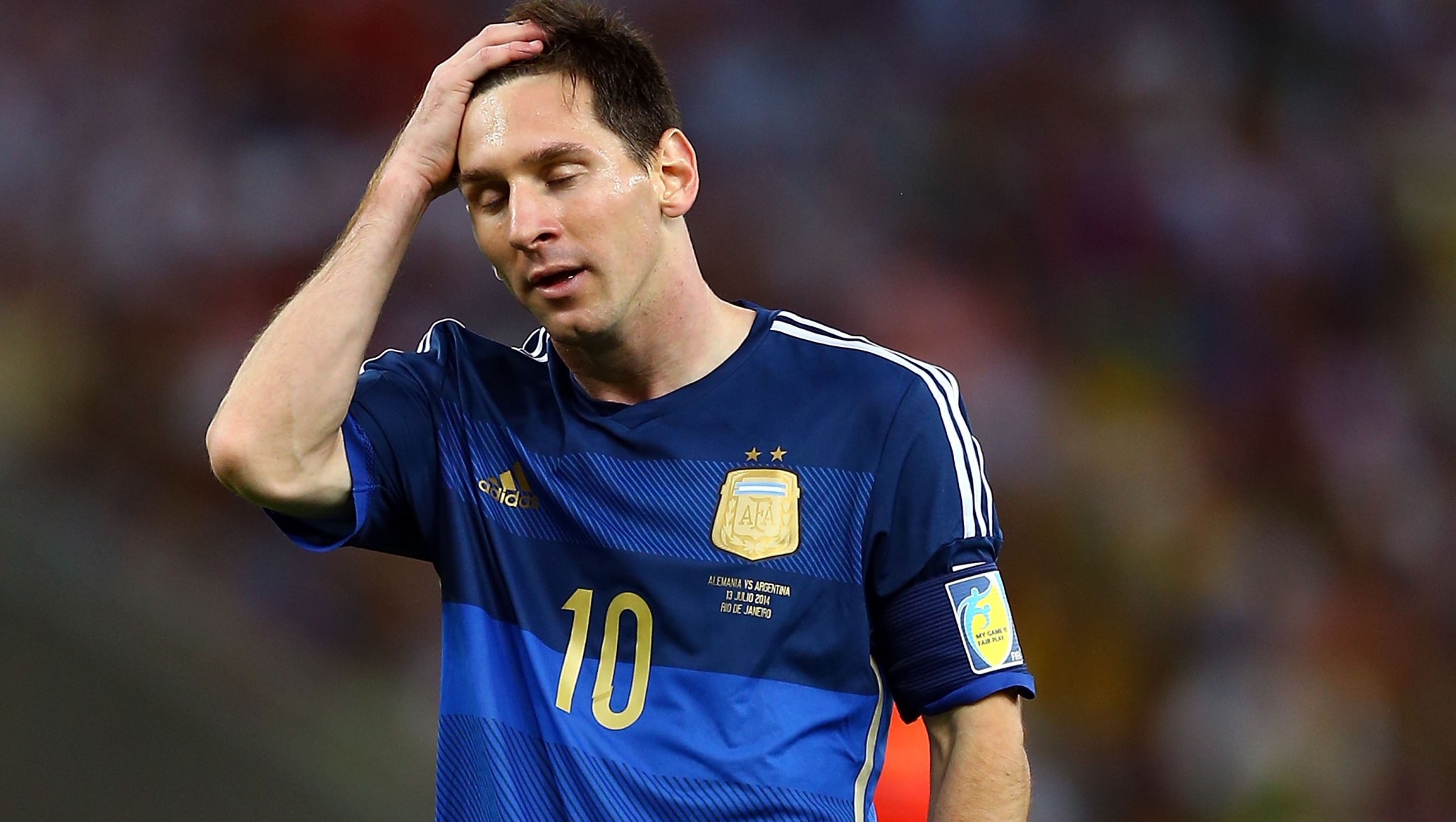 In case you were busy trying to figure out how to drink out of a solid gold soccer ball, here are the top six stories you missed in sports last weekend:

In the World Cup of winners:

Mario Götze’s extra-time strike gave Germany a 1-0 win over Argentina in a tense World Cup final that saw the world’s deepest squad vanquish the world’s best player on the world’s biggest stage. Germany’s triumph indicates a massive shifting in the balance of power that is world soccer. For example, I think we can say for sure that the era of Spanish dominance is over … well … except I suppose seven of the players on the field for Germany on Sunday are currently coached by former Barcelona skipper Pep Guardiola at Bayern Munich. But I think we can definitely say that Lionel Messi can’t win the big one … unless you consider the UEFA Champions League to be the harder trophy to win, as many do, in which case he has won the big one three times. But surely we learned that soccer isn’t boring … unless it ends 0-0 like that awful Dutch/Argentina semifinal … unless it’s one of the 0-0s like the final that is a tense strategic affair that proved to be less boring than the 7-1 hiding Germany delivered to Brazil in the other semifinal. So, I guess we’ve learned nothing except that all sporting results are arbitrary, except in this case, because by any available metric or scouting report the most talented team won and we learned everything.

In the World Cup of losers:

Brazil was again humiliated by a European foe in the World Cup’s third-place match, this time falling to the Netherlands, 3-0, as the host nation’s inability to weather the loss of Neymar was once again thrown into stark relief. Brazil concluded the tournament getting outscored 10-1 in its final two matches, which for non-soccer fans is basically the baseball equivalent of going from leading a division to having the worst record in the league in a month. That’s right. We all just watched Brazil become the New York Mets.

With LeBron James headed to Cleveland on a now confirmed two-year deal, the rest of the NBA free-agent market came into focus with Carmelo Anthony re-upping in New York, Pau Gasol heading to Chicago, and Paul Pierce going to the Wizards. The Heat, meanwhile, re-signed Chris Bosh and added Luol Deng as they try to keep their fan base engaged … hey, Heat fans, where are you going? Bosh and Deng are here! You don’t have to sprint away from your team so fast. And Dwyane Wade is probably sticking around! You love Wade! Stop running away! And also Danny Granger and Josh McRoberts are coming! That’s a 50-win team. Seriously, guys, is anyone sticking around? Anyone? Mario Chalmers? Anyone?

In I’ve heard of Phi Slama Jama but this is ridiculous!

All-Star battery Madison Bumgarner and Buster Posey each hit grand slams as San Francisco beat Arizona, 8-4, at AT&T Park in their final game before the All-Star break. With his grand slam, Bumgarner became the first pitcher in half a century to have two grand slams in the same season, a record that will provide his family with cold comfort as it continues to deal with the legacy of that time Madison’s father, Kevin, was called a bum by James Garner in 1971 and the name somehow stuck to his entire lineage.

The Texas Rangers, who were .500 as recently as June 16, now sit an MLB-worst 19 games under .500 after a 3-22 stretch that concluded with a 10-7 loss to Mike Trout and the Angels. To put this Mets-like run in context for non-baseball fans, this performance is the soccer equivalent of being beaten so badly in two matches at the World Cup that heads of state from around the globe become genuinely concerned that a sports team is playing so badly that it will destabilize the economy of an entire continent.

U.S. captain Clint Dempsey led the Seattle Sounders to a hard-fought 2-0 win over the rival Portland Timbers in front of 64,207 fans as the MLS reminded America that soccer is an all-the-time sort of thing. Which can be a little much. Seriously, there is no offseason, no escape. MLS will continue to play into the fall, at which point the EPL and Champions League seasons will be in full swing. Those will continue until the late spring, at which point MLS will be starting again along with the 2015 Women’s World Cup and the 2015 Gold Cup, which will again see the U.S. men’s national team in a major international competition. Then, as those tournaments conclude, the EPL and Champions League will get us through 2015 and into the summer of 2016, when the Euro Cup will kick off. Then another domestic season, another Gold Cup, another domestic season, another World Cup, and onward into perpetuity. There will always be soccer forever. Soccer is permanent. Soccer is always. Do not try to escape the soccer, for if you think you have escaped, then you will only find yourself deeper within it. The soccer is the air we breathe, the water in which we swim. The soccer continues much like our lives: birth, life, death. If you view our existence more broadly, whether looking at the cycle of cellular death and regeneration or at a karmic view of reincarnation, the soccer exists on that plane as well: birth, an occasionally increased understanding that nothing is everything, the more than occasional reminder that desire is suffering, death, rebirth, and onward, through the cycle of reincarnation. Our cells die and are reborn every day; so, too, the soccer dies and is reborn. And thus we are doomed to enjoy the soccer forever. So watch Clint Dempsey score goals, and accept that whether he wears the rave green of Seattle or the red, white, and blue of America matters not. All that matters is that in the cycle of perpetual regeneration that is soccer, today we get to watch Dempsey, and probably we’ll get to watch Dempsey tomorrow as well. And that? That is good.