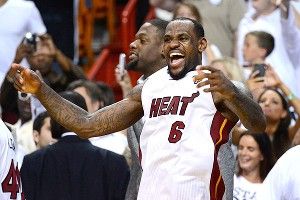 NBA Finals Shootaround: The Once and Future King