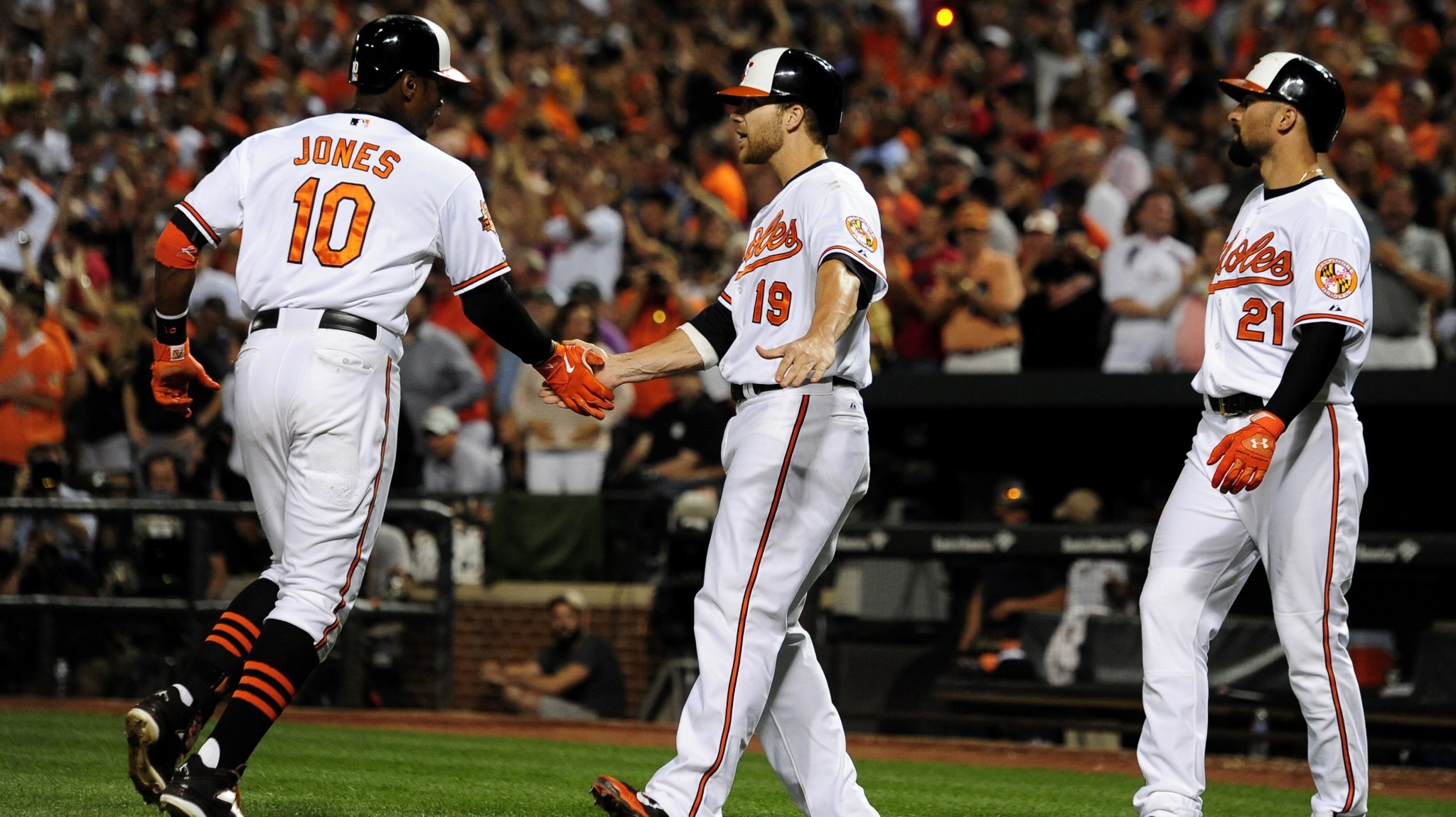 In case you were picking an important night to pay attention to news outside of sports, here are the top five stories you missed on Wednesday:

In the end of the American League as we know it:

Orioles outfielder Adam Jones’s late home run gave Baltimore a 5-3 win over the New York Yankees that left the Orioles holding the largest division lead in baseball. This leaves the Yankees on the precipice of missing the playoffs in the same year as the Boston Red Sox for the first time since 1993. But there’s no need to panic yet, lovers of narrative. The Yankees and Red Sox missing the playoffs is only one of three necessary conditions for the Narrative ALpocalypse. Surely the other two won’t take place!

Another strong start from Hisashi Iwakuma and a two-run home run from Kendrys Morales were enough for the Seattle Mariners, who finished off a sweep of the Toronto Blue Jays with a 2-0 win at Safeco Field. The Mariners have now allowed three or fewer runs in a franchise-record 12 straight games, and are percentage points behind a decimated Tigers squad for the second AL wild-card slot … oh my word … The Mariners are actually statistically favored to pass the Tigers and grab their first playoff berth since 2001? And if they do grab a wild-card slot, they’ll be able to start presumptive Cy Young favorite Felix Hernandez in a one-game playoff? Meaning we could see the Mariners in the playoffs while Boston and New York are eliminated? What will we talk about? Above-average run prevention? Two of the three necessary conditions for the Narrative ALpocalypse are in play. That said, there’s no way the AL Central could … oh no …

Jason Vargas threw a three-hitter as the Royals beat the Oakland A’s 3-0 in the penultimate game of the showdown between division leaders. Up next for the red-hot Royals, who currently sit half a game ahead of a still decimated Tigers squad in the AL Central, are the Twins, Rockies, Rangers, a makeup game against the Yankees, and the Twins again … oh my word. This is really happening, isn’t it? A Royals postseason berth is a legitimate possibility. Sure, the team is overperforming its expected record, but with a soft schedule the rest of the way, there is no reason to think Kansas City can’t make its first postseason in 29 years. It’s all in play. The Orioles, Mariners, and Royals playing in the playoffs while the Yankees and Red Sox watch from home. An unprecedented confluence of events in the history of American League baseball — the Narrative ALpocalypse. Never before has this convergence of events occurred, and if it does … may God have mercy on us all. (The “us all” being we who rely on well-worn narratives and tropes to make writing about sports easier. We’re on pace to get boned.) We’ll be tracking this story closely over the final six weeks of the season.

In guys we’ll see next year:

Rockies shortstop Troy Tulowitzki is out for the year after undergoing hip surgery to repair a torn labrum, while Rangers starter Yu Darvish joined every other player from the Texas Rangers on the DL with elbow inflammation. The Rangers have had to dig deep to find starters with major league experience to fill out their rotation after one of the worst runs of injury luck in team history. Starting tomorrow for Texas will be veteran Chan Ho Park. He’ll be followed by 49-year-old lefty Kenny Rogers, former team vice-president Nolan Ryan, and 75-year-old singer-songwriter Kenny Rogers, with Darren Oliver in line for a spot start as needed.

Tiger Woods has ruled himself out for this year’s Ryder Cup, citing the need for recovery time in the wake of a recurring back injury that has forced him to miss large swaths of this year’s PGA Tour schedule. “I want to get healthy and get back out playing at my best,” Woods explained of his withdrawal. “I mean, there is so much I have yet to accomplish in my career. Like winning four more majors and … ” Woods then trailed off and put his hand to his chin. “Well, I mean I haven’t … hmmmm, no I’ve done that … and that … huh?” Woods then furrowed his brow and thought harder, before asking, “Did I mention the winning four more majors thing? I have to do that still. And probably something else. There has to be something else I’m forgetting.” Woods pulled out his iPhone and thumbed through his Reminders as he said, “I mean, it’s not like I could just stop playing golf because of the increasingly severe pain the game causes me. It’s not like I could just spend my days carefree, swimming around in a Scrooge McDuck–size pool of money. I mean, to do that I would have to have already won every trophy in the sport and have so much money that I could lose $200 million in a divorce settlement and still have plenty left over to fill that McDuck-size money pool. I mean, I’d have to be Tiger Woods to do that … Wait a second … ” Woods then abruptly ended his press conference with a broad smile and walked away from the assembled media softly humming the theme to DuckTales.

Men in Blazers: 10 Premier League Questions, and an Interview With Miguel Herrera