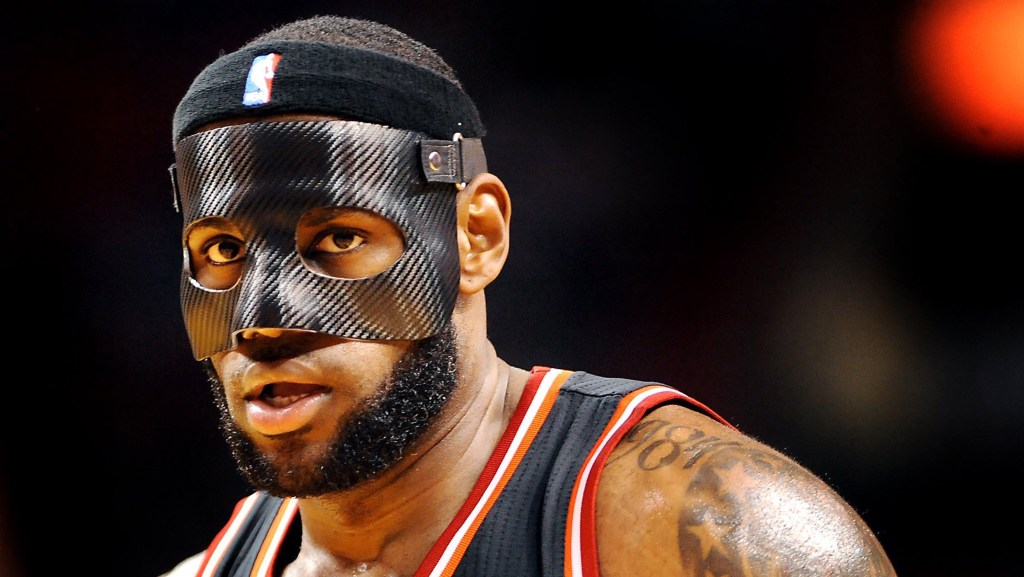 In case you were busy braving the rains of Los Angeles, here’s what you missed in sports on Thursday:

• A masked LeBron James proved to be as effective as an unmasked LeBron James, scoring 31 points in Miami’s 108-82 win over the New York Knicks. Meanwhile, in an apartment in Queens, a man and his son tried to give themselves a night off from suffering; instead of watching the Knicks game as they had done every other night this season, they turned on The Mask starring Jim Carrey. And while the evening provided the man and his son with less suffering than the Knicks would have, the father did have to engage in the uncomfortable task of explaining to his son about the time long ago when John Starks and Patrick Ewing ruled the Atlantic Division and when simply saying “smokin’” was good for a laugh in any social situation. “I don’t understand,” the boy told his father, before trying out the erstwhile catchphrase, only to find it as ineffective as a Mike Woodson offensive set.

• Eagle Stadium, a $60 million high school football stadium in Allen, Texas, has been closed indefinitely before its second season of operation after cracks were discovered in the structure’s concrete. Eagle Stadium’s season is now officially the worst second season in Texas high school football since Landry killed that guy on Friday Night Lights.

• Spectators and players scuffled when Utah Valley fans rushed the court after the team pulled out a 66-61 overtime win over New Mexico State. The altercation raises the question of what’s more surprising: that a state that serves diluted beer ruined rushing the court for everybody or … actually, no, nothing could be more surprising than that.

• Retiring Yankees shortstop Derek Jeter irrevocably tarnished his legacy by going 0-for-2 in his final spring training debut, an 8-2 loss to the Pittsburgh Pirates.

• Rory McIlroy fired a 63 to take a one-stroke lead over Russell Henley in the first round of the Honda Classic. McIlroy’s round proved once and for all the old proverb that an Irishman will always finish a stroke ahead of a pair of sweatshirts and a long-sleeved T-shirt over 18 holes.

• Urban Meyer and Ohio State were forced to self-report an eight-second phone conversation between a recruit and Tim Tebow as the phone call constituted a secondary NCAA violation. This story reminds me of nothing so much as the words of Thomas Jefferson on public education upon the founding of the University of Virginia: “We wish to establish … a University on a plan so broad and liberal and modern, as to be worth patronizing with the public support, and be a temptation to the youth of other states to come, and drink of the cup of knowledge.” Yep. That.