About Last Night: Spurs Rusted Out 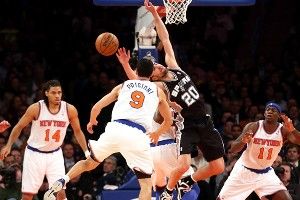 In case you were out seeing if it was really as cold as the guy on TV said it was (it was), here’s what you missed in sports on Thursday.

Norm Macdonald's Keeping Resolutions, Vol. 1: A Plan in the Desert