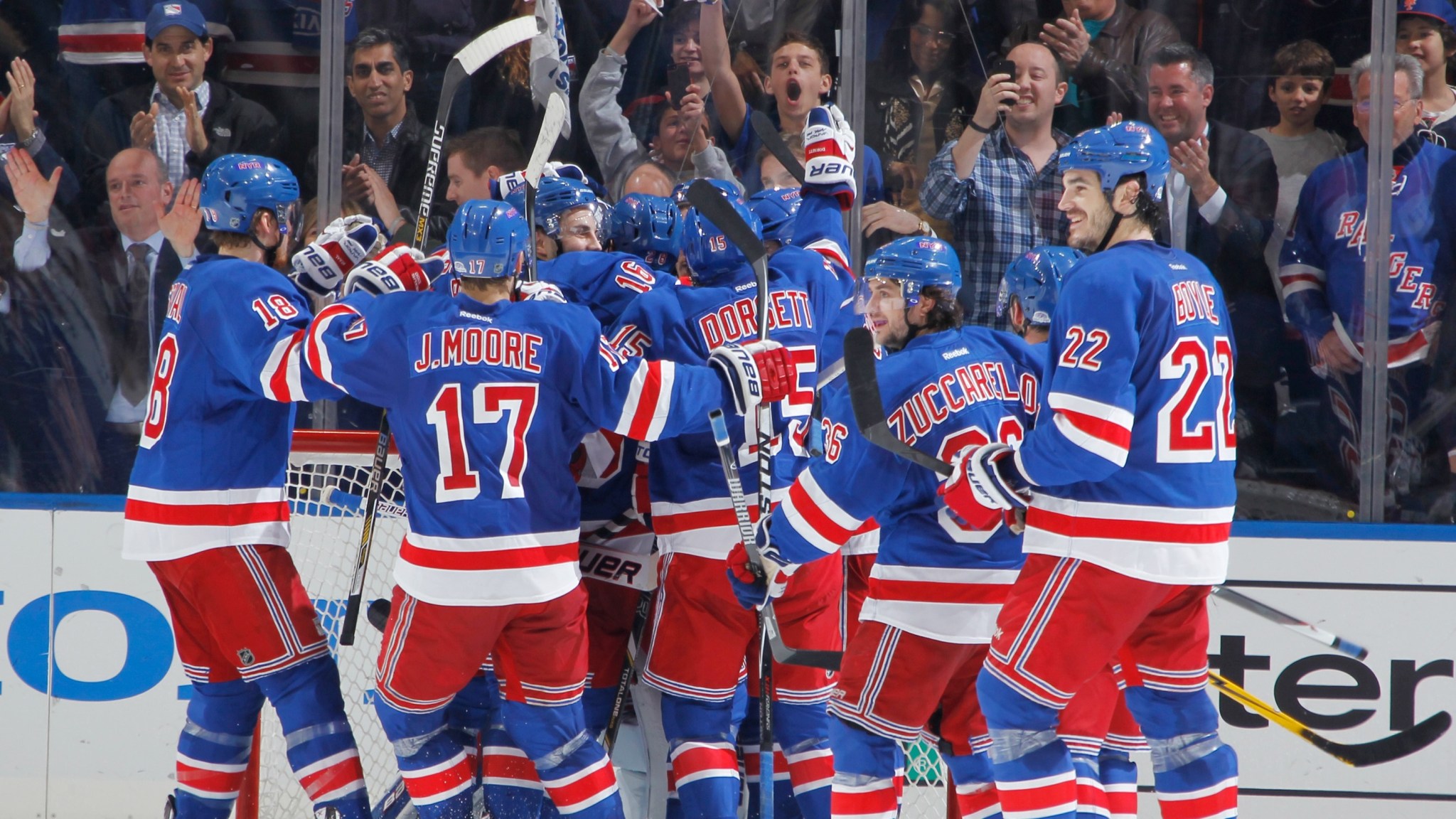 In case you were out shellfishly getting yourself suspended from the team, here are the top six stories you missed in sports on Wednesday:

In a jackpot’s worth of NHL Game 7s:

Henrik Lundqvist did Henrik Lundqvist things as the Rangers advanced to the second round of the NHL playoffs with a 2-1 victory over the Flyers, while time-traveling Swiss child Nino Niederreiter, who featured in a moderately well-known series of young-adult novels as the first German-speaking boy to tame a brontosaurus among other adventures, scored the overtime winner for Minnesota, which eliminated the Colorado Avalanche with a 5-4 win.

And then there are the Sharks, who lost 5-1 to the Kings, completing their collapse from a 3-0 series lead. On the one hand, it’s fun to mock the Sharks for once again choking away a massive playoff advantage. On the other hand, the Kings had the league’s best Fenwick number, and this series is just a slightly better team beating a slightly worse team over seven games in a weird order. On the first hand, though, oh my god, Sharks. Ha! But also the Fenwick thing. That’s true too.

Kyle Lowry scored 36 points as the Raptors edged the Nets, 115-113, to move a game away from the Eastern Conference semifinals. Things were doubly good for Raptors guard DeMar DeRozan, who secured himself a spot in the next Nino Niederreiter story, Nino and DeMar: The Raptor’s Curse, in which Nino and DeMar go back to the Cretaceous period and wind up herding a pack of triceratops in order to bring down a particularly ruthless raptor-killing T. rex named Billy.

In Jose Mourinho (and also his players and the other team, I guess):

Chelsea scored first, but proved to be no match for Atletico Madrid, who booked their first Champions League finals appearance since 1974 with a 3-1 win. When asked what his team’s downfall was, Chelsea manager Jose Mourinho said, “Scoring a goal. Huge mistake. Once we did that, suddenly everyone knew they had to score. And so they did. If we played the match again, I would want everything to happen the same way, according to my plans, except for all the scoring.”

In Texas, basketball capital of America:

Tiago Splitter and the Spurs handled the Mavericks with a 109-103 home win to take a 3-2 series edge, while Dwight Howard and the Houston Rockets stayed alive by limiting LaMarcus Aldridge to eight points in a 108-98 win over Portland. “Eh, I mean, yeah, I still like Aldridge,” said monocle-wearing Portland resident Mark Standley after the game. “But like, come on. This last game was just his old stuff dredged up again and repurposed. Same moves, lesser results. It was basically Aldridge’s Amnesiac. I give it a 5.4.” Standley then put on his Meyers Leonard jersey and unicycled down Hawthorne in search of some decent Malaysian food.

Which Has Been Your Favorite Houston Rockets Duo to Have Watched Lose in the First Round of the Playoffs?