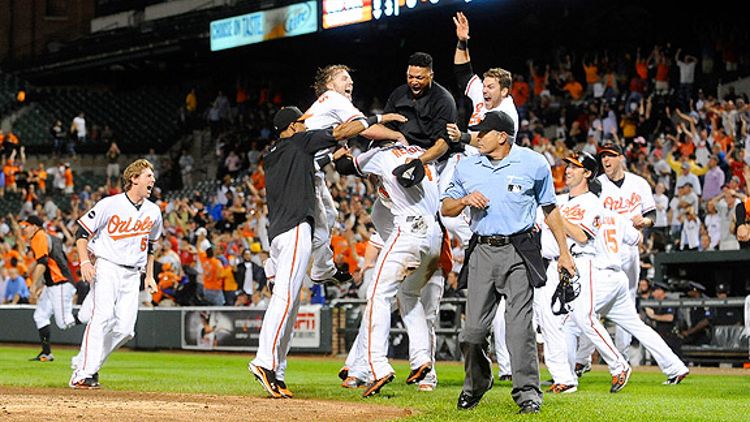 Oh. Dear. God. That was the best and craziest night ever. Where to begin? It’s time to turn logic off. Logic is officially dead. Baseball killed it. The sport just unraveled thousands of years of civilization. All is wild. On this brand-new morning, the heretofore uninvented insanity scale will guide us.

Insanity Level One: Talking to an educated pine tree about politics.

Insanity Level Three: Filling a bathtub with witch hazel and donating it to the Salvation Army.

Insanity Level Four: Throwing pebbles at your neighbor’s window at 3 a.m. until they turn a light on, look out, and see you wearing a robot costume and holding a neon sign: “The Biggest Stone Is Yet to Come.”

Insanity Level Five: Wearing a leopard-skin cloak, calling yourself St. Christopher, and neighing like a horse every time you see the color yellow.

Insanity Level Six: Fashioning spears from the husks of wooden chairs you stole from a bingo hall, hoarding them in a dark cellar, and preparing for the Great War against Fidel Castro and the Papists. Also, you’re singing this song over and over again.

This stuff all happened on the same night. It has to be the single greatest final day of regular-season baseball ever. Holy, holy mackerel.

Now then, here are the playoff matchups. The first team listed has home field advantage:

As a last little hurrah, here’s a fascinating piece of Internet kitsch: Last night’s game thread from the “Sons of Sam Horn” Red Sox message board. First, fair warning, beware the foul language. Start here, with Boston batting in the top of the ninth, and go page to page to witness the awful collapse of faith as their nightmare unfolds. Best or worst thing you’ll read all day. (Eds note: Looks like the site is currently down. Sorry about that!)

A Storage Unit, Patrick Ewing Plate, and Jan Stephenson's Past and Future