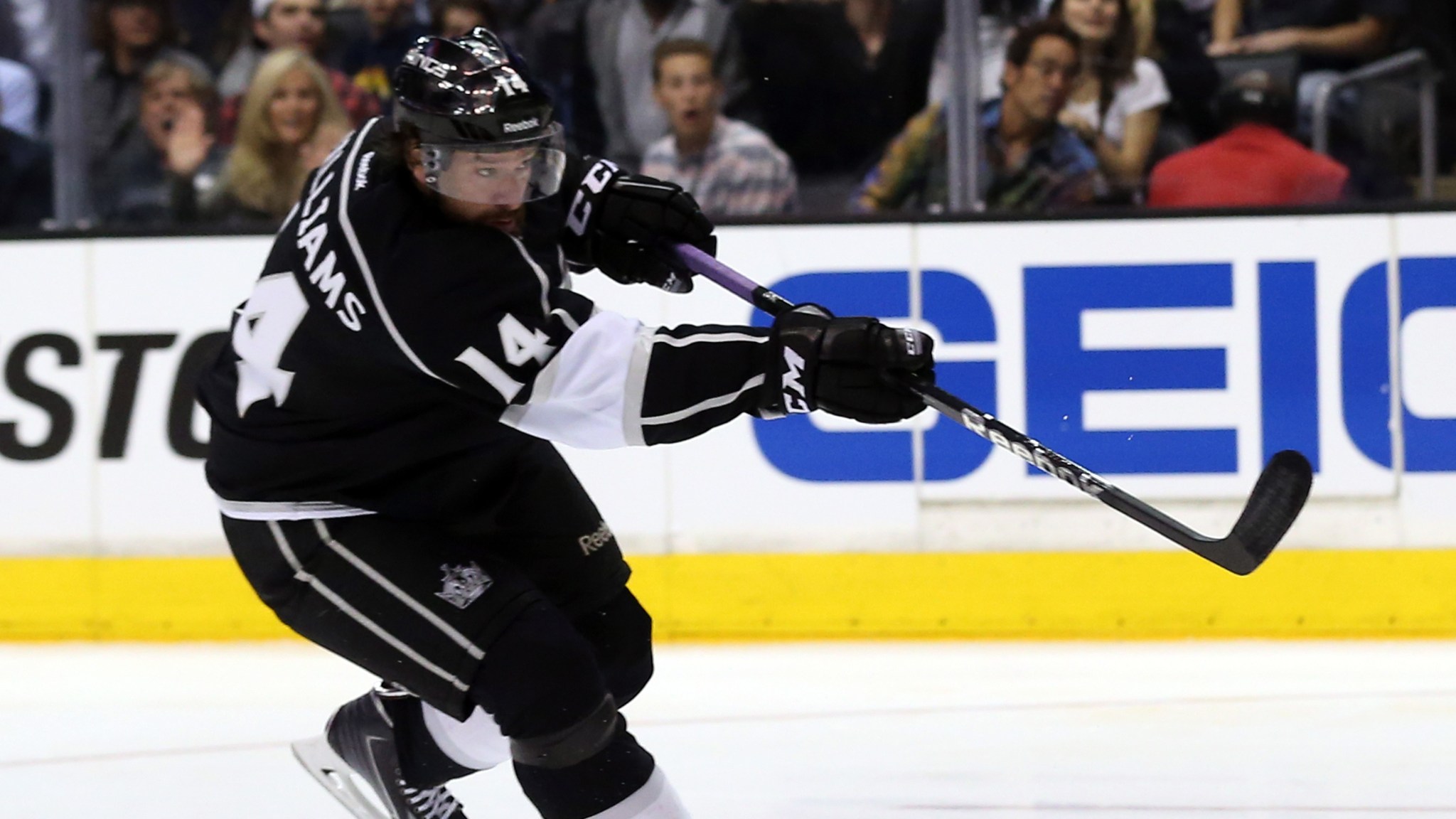 In a rocky start to the Qvist for the cup:

Justin Williams bolstered his reputation for clutch play with an overtime goal, as the Los Angeles Kings took the first game of the Stanley Cup finals with a 3-2 win over the New York Rangers. While Williams’s goal was clutch, it was nothing compared with 24-year old defenseman Drew Doughty’s game-tying second-period goal:

That’s the work of a 24-year old defenseman? Obscene.

In the bone-crushing arena of contractual negotiations:

San Francisco 49ers quarterback Colin Kaepernick signed a six-year deal that includes $61 million in guaranteed money. Nothing demands a scorching take like Kaepernick and questions of whether a QB is elite, so prepare yourself, because here comes a fireball: This contract puts his salary alongside the likes of Jay Cutler’s and Joe Flacco’s, though their contracts were negotiated in a different, more restrictive salary cap environment. OOOOOH! SEARING! So this all seems about right for Kaepernick, who projects to be an above-average quarterback capable of leading a good team to the Super Bowl but unlikely to drag an average team to those heights. BLISTER AND BURN, BABY! Perhaps he could have gotten more guaranteed money in exchange for a lower top-line number, but who really knows? BOOM! KA-POW! CAN YOU HANDLE THAT TAKE? Oh, you can? Yeah, I guess that makes sense. Moving on …

Asdrubal Cabrera’s three-run walk-off blast allowed the Cleveland Indians to finish off a three-game sweep of the Boston Red Sox with a 7-4, 12-inning win. When asked if fatigue played a role in his team’s loss, Red Sox second baseman Dustin Pedroia replied, “’Cause the game ended after two in the morning? Man, I wish it went all night long.” When asked if that was his grinder ethos coming into play, Pedroia replied, “Not even a little bit. I like to be in bed by 9:45, if I have my druthers. Warm glass of milk. Maybe some Game Show Network. Then I’m out. We just really needed that win.”

Dodgers manager Don Mattingly criticized the lack of cohesion among his team’s players for their ongoing run of disappointing performances, in the wake of Los Angeles’s 2-1 loss at the hands of the Chicago White Sox. “Whose job is it to maintain cohesion among my team’s players?” Mattingly asked, as he puffed out his chest. “Stand up and take responsibility for what’s going on here.” When no one stepped forward, Mattingly went on to say, “I know you all think baseball is an individual sport masquerading as a team game, and chemistry is overrated. But you’re wrong. And someone here is futzing with the chemistry and must be punished accordingly. Who is it? Who is it?”

Rafa Nadal dropped a set before eventually rounding into form and destroying fellow Spaniard David Ferrer 4-6, 6-4, 6-0, 6-1 to advance to the semifinals of the French Open. There he will beat Andy Murray, who gutted out a five-set win over Gael Monfils, before likely facing Novak Djokovic in the finals. Though his position in the final will appear dire at moments for Rafa — perhaps his knee will need stretching, or his pants won’t unwedgie — the Spaniard will win anyway. Perhaps it will take five sets, or maybe just three hard-fought ones, but regardless, at the end, we’ll think, “Maybe next year he’ll lose.” And we’ll think that again next year when he wins, much as we did last year, and so on, and so on.

Until soon — in the geological sense of what “soon” could mean — Rafa will face no more human challengers, as no one will want to face him, and he will play only a robot programmed to match his every move. A robot that Rafa will defeat annually at Roland Garros, much to the dismay of the scientific community. Slightly less soon, the notions of “French” and “Open” will be quaint anachronisms in the post-nation-state global autocracy that controls the entirety of the known world. And yet Rafa will keep winning, every year, even when all that’s left on Earth is him dominating a robot on the last patch of dry clay, and our boiling oceans, teeming with hyperintelligent jellyfish. Only then, in the time between our sun exploding and the energy of the explosion eradicating our planet in a final, fatal flash, will Rafa finally take a moment to reflect and think, “No one was better at anything than I am at this.” Until then however, he’ll just keep winning.