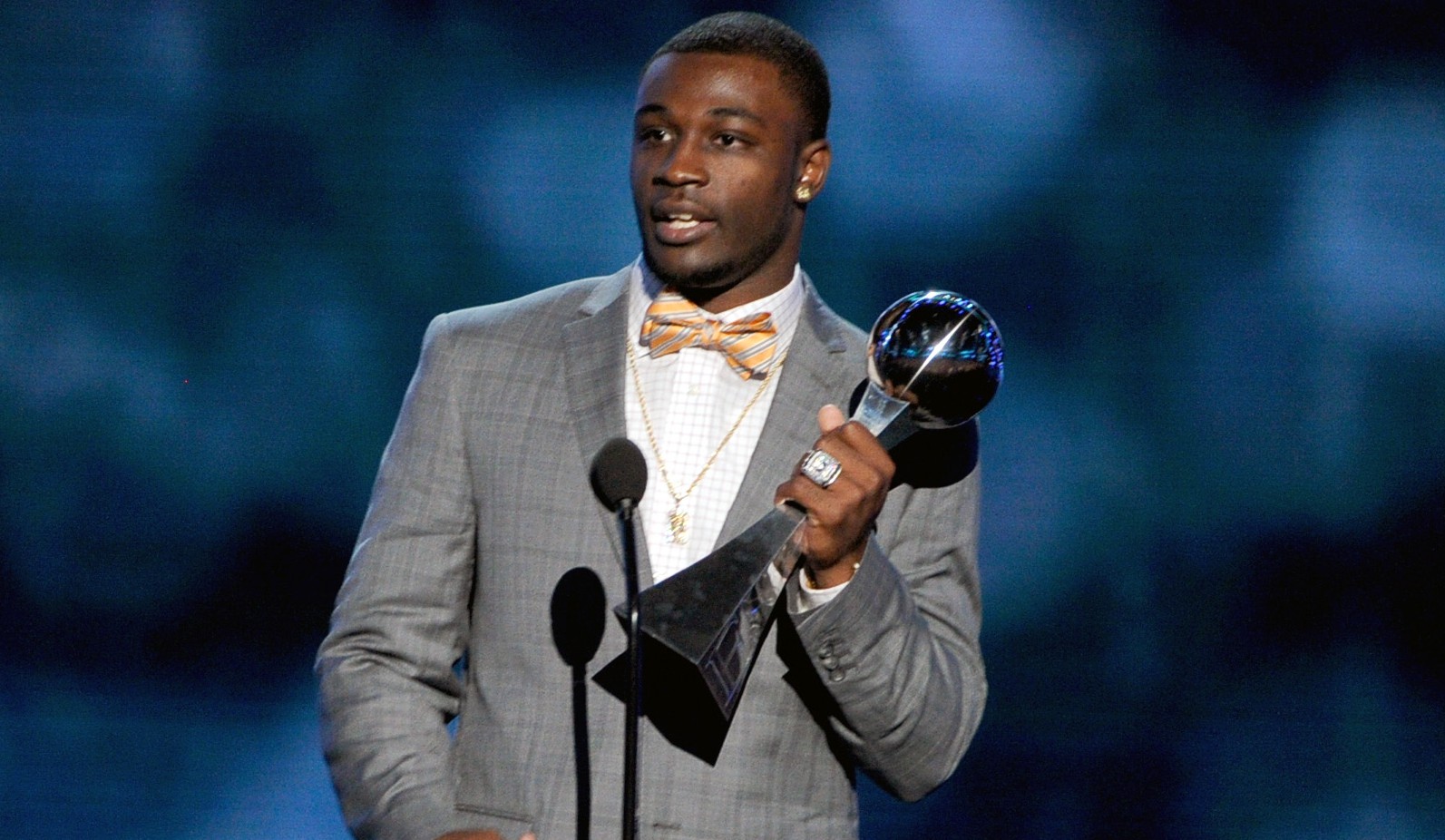 In case you were busy losing the ESPys by failing to predict the winners of the ESPYS, here are the top six stories you missed in sports on Wednesday:

In awards are the ultimate reward:

With American athletes taking the night off from playing sports, everyone went to Los Angeles for the ESPY awards, where the big winners were the Seattle Seahawks and Auburn Tigers, who both took home two awards. “So we’re pretty much even with the Seahawks on the year,” said Auburn head coach Gus Malzahn, before saying with a nod, “Yep, no unfinished business for either team. War Eagle.”

Texans running back Arian Foster backed teammate Andre Johnson in his contract dispute, saying, “[Johnson] is Houston.” Now this notion on its face seemed a bit crazy to me. Johnson’s name is Johnson, and Houston is named Houston, so Foster’s statement is factually inaccurate. But Foster seems to be a smart guy, so I gave him the benefit of the doubt and did some digging. First thing I looked at was Johnson’s past. Was it possible that Johnson was a time-traveling vagabond named Houston? I pursued the lead but it turned up cold. Digging a little deeper, I learned about the notion of metaphor. Was it possible that Foster was using the word “is” in a less than literal way? Perhaps he meant that Johnson is not actually Houston, but is a representative of or signifier for Houston? Again, pursuing this lead turned up nothing. So I dug yet deeper. Was it possible that Johnson is in fact Houston? I mean, have we ever seen Houston and Andre Johnson in the same place? And that blew the case wide open. My current operating theory, which I have yet to verify, is that Andre Johnson is in fact a giant, and Houston is a metropolis that sits atop his belly. This theory, which I call the Andre the Giant theory, suggests that Foster is terrified the city will take its relatively calm recent history of peace and prosperity for granted, and will fail to make its annual offering to Andre Johnson. This will infuriate Johnson, who is a 100-mile-tall giant who has been lying on his back for centuries, causing him to stand up, destroy the city, and, presuming that Johnson is capable of walking after such a long period of rest, put the security of the entire United States in peril.

I hope you guys like it when all the rules get broken, because for the first time in About Last Night history we’re going to break all the rules. And let’s face it, About Last Night has only one rule: It’s about last night. But this morning? We’re going to learn about something that didn’t happen last night. This happened two nights ago! But who cares? What are rules if not things to be broken? Besides, this was awesome! And also I think it probably actually happened more than two nights ago because it was taped in advance of being aired. Kacy Catanzaro, a 5-foot-tall gymnast out of Towson, became the first woman to advance to the finals of American Ninja Warrior. Watch the whole thing here:

Pretty cool, huh? That was worth breaking the rules for, right? RIGHT? RIGHT? Oh no. It wasn’t, was it? It’s almost as if rules aren’t meant to be broken? What have we done? What alternate realities have we opened up here at ALN?

In sports from sometime:

Babe Ruth smacked three dingers before Jim Thorpe’s Hail Mary gave the Cleveland Spiders a 45-3 win over the Houston Oilers in a game of rugby played near Andre Johnson’s right nipple. When asked what he thought of his team’s effort, Spiders head coach Vince Lombardi replied, “Well, we won this one for the Gipper,” a sarcastic quip made at the expense of failed presidential candidate Ronald Reagan.

Spartacus started off strong, but faded late before dying at the hands of The Spaniard in a classic battle between the two legendary retiarii. When asked to comment on the duel, Emperor Caligula said, “That performance netted a review of two thumbs down,” before drinking an entire goblet of undiluted wine and inviting both gladiators back to his chambers.

An enormous caveman named Mugg threw a rock at a deer, besting fellow caveman Todd, who threw a rock at a butterfly, killing it. Interestingly, had this butterfly survived, it would have been swallowed by Mugg, killing the giant caveman. However, Mugg survived and became the first father of all gigantic humans, a recessive genetic mutation that has existed in human DNA ever since, occasionally revealing itself in great athletes through time including Goliath “The Stone” Johnson, Andre “The Giant” Roussimoff, Dwayne “The Rock” Johnson, and Andre “Houston” Johnson.