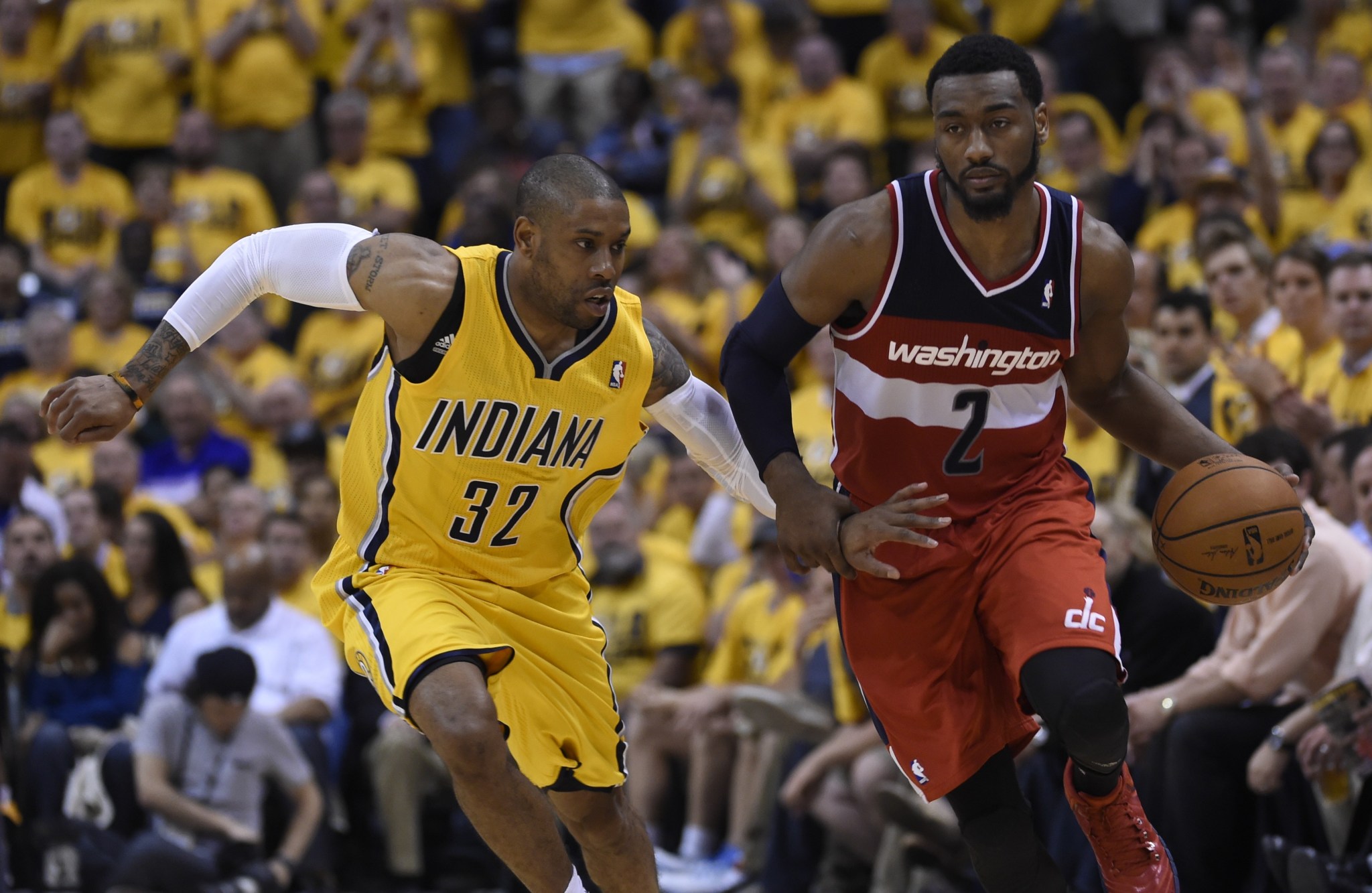 In case you were busy drinking a shocking amount of water for no malicious reason whatsoever, here are the top five stories you missed in sports on Monday:

In not beating the Wiz:

The Washington Wizards beat the increasingly withered husk of the Indiana Pacers, 102-96, in the first game of their Eastern Conference semifinal matchup at Bankers Life Fieldhouse. “You know, I wanted to be an artist,” beleaguered Pacers center Roy Hibbert told comparably troubled point guard George Hill as the two men reviewed deposit slips while their teammates warmed up before the game. “I painted, I worked with charcoal, I was interested in the human form and how I could express it. I even dabbled in sculpture. I only submitted myself to this banker’s life to pay the bills. And now what?” Hill nodded at his visibly depressed teammate and said, “Well, you have the money. You could just buy a boat and sail away.” Hibbert shook his head and sighed. “That’s the worst part,” the Pacers center said as he mindlessly fiddled with a printing calculator. “I don’t even care about it anymore. I picked up an easel and a canvas a few months ago from an art store. Cleared out a guest room at my place, and deemed it my studio. Bought paints and brushes. Clay. The whole nine. I just wanted to see if I could make anything. I haven’t even set up the easel. Haven’t broken the seal on the brushes. The canvas is still blank. Did you have dreams, George?” Hill nodded, and said, “Yeah, man, to play basketball without having to also file mortgage paperwork pregame. Never had to do this shit in San Antonio.” Hill then looked at the pile of paperwork in front of him and yawned. He’d be lucky to be done before tipoff.

Chris Paul scored 32 points on only 14 shots as the Clippers easily beat the Oklahoma City Thunder, 122-105, in Game 1 of their Western Conference semifinal. “Tough loss, but come on, this whole series is going to be great,” said Thunder owner Clay Bennett after the game. “I mean, how often do I get to be the most popular owner in a playoff series? Yeehaw!”

Luis Suárez’s record-tying 31st Premier League goal didn’t hold up, as Liverpool coughed up a three-goal lead to draw Crystal Palace, 3-3, and dent their league title hopes. When we last left Liverpool fans, following the team’s heartbreaking 2-0 loss to Chelsea, they were at “Ralph Wiggum getting humiliated by Lisa Simpson in front of Krusty and all of Springfield” levels of despair. Now? Despite all but clinching a top-two finish in the league, Reds fans have officially crossed over to “huddled in the corner listening to ‘Elizabeth on the Bathroom Floor’ by Eels on repeat.”

In the gift of Gab:

Kings deadline acquisition Marian Gaborik netted another goal while goalie Jonathan Quick, who has rounded into playoff form after a slow start, amassed 36 saves as Los Angeles beat Anaheim 3-1. Meanwhile, one of Gaborik’s former teams, the Rangers, lost 2-0 to Sidney Crosby and the Penguins. Additionally, the aforementioned Liverpool defeat featured defenseman Martin Skrtel, who hails from Slovakia, the very place that Gaborik comes from. And it is, in the humble opinion of this narrator, not just that this was “something that happened.” This cannot be “one of those things.” This, please, cannot be that. This was not just a matter of chance. Oh no. These strange things happen all the time.

The Twins won in the Twinniest fashion possible, managing 10 shutout innings despite amassing only three strikeouts in a 1-0 win over the Indians, while a 13th-inning throwing error gifted the red-hot Giants an 11-10 win over the ice-cold Pittsburgh Pirates. “I know you’re all thinking we’re going to become the Pirates of old again,” said reigning NL MVP Andrew McCutchen as he addressed his teammates after the game while standing on top of a bench in the locker room. “But I won’t allow it. We can still turn this around and we do it starting tomorrow. Now who is with me?” McCutchen then triumphantly thrust his fist into the air, but in the process destabilized himself, yelling “Whoa, whoa, whoa!” before slipping backward and splaying out in the air. He then landed on Neil Walker’s foot, causing the infielder to fall backward into a locker, setting off a domino effect, knocking over every locker in the home locker room at PNC Park, the last of which knocked a water fountain off the wall, which sprayed the entire team, soaking everyone head to toe.