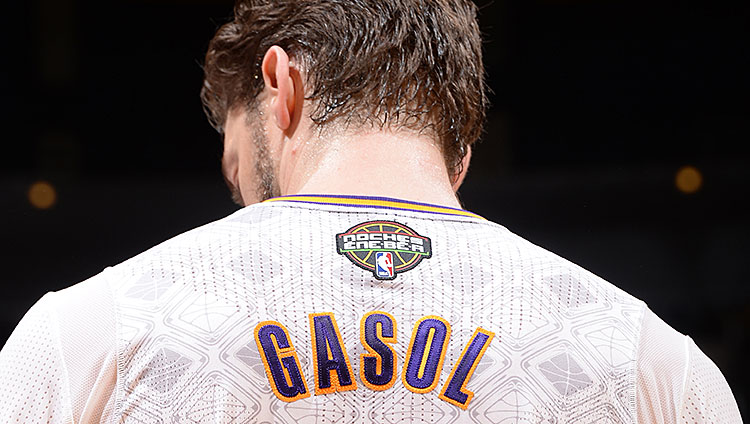 In case you were out hoarding fireworks in an attempt to become the Grinch Who Stole July 4, only to see your shrunken heart enlarged after a long speech about the meaning of America from Tim Howard, here’s what you missed in sports on Wednesday:

• Sources told ESPN that Lakers free-agent center Pau Gasol is being pursued by the Bulls and the Thunder. The latest news trickled in just after 1 a.m. Central, when an anonymous report from the Hiawatha National Forest in Michigan’s Upper Peninsula indicated that Gasol, frightened and on foot, had been cornered in the 900,000-acre woodlands after a nationwide chase beginning in California. The report indicated that Gasol had narrowly escaped a fleet of Thunder snowmobile operatives by hiding in a dense grove of white cedar trees, but that Bulls operatives on cross-country skis were swiftly approaching his location. Details are sketchy at the moment, but it appears that Bulls owner Jerry Reinsdorf and Thunder owner Clay Bennett have a billion-dollar bet hinging on which team’s forces, 10 strong each, will capture — or, if necessary, kill — Gasol first.

• An arbitrator denied Saints star Jimmy Graham’s request to be considered a wide receiver under franchise tag rules, deeming him a tight end, and costing him more than $5 million this year. UPDATE: We’ve just received word that at approximately 1:45 a.m. Central, a Thunder Sikorsky SH-60 helicopter equipped with infrared heat sensors had detected a human-shaped mass in a cedar stand outside Monocle Lake campgrounds near the shores of Lake Superior, and relayed this information to the snowmobile brigade, who were just three miles from the target.

• The Houston Rockets insulted point guard Jeremy Lin by posting pictures of Carmelo Anthony wearing a no. 7 jersey — Lin’s number — in an effort to woo the Knicks free agent. UPDATE: We can now confirm that at 1:57 a.m., the lead cross-country skier under Reinsdorf’s employ, attempting to distance himself from his fellow pursuers and win the $100,000 bounty, entered the cedar grove with his dog. A plaintive cry was heard two minutes later, slowly dying into a moan and then total silence, and the ski patrolman failed to respond to radio communication in the aftermath. It can now be assumed that Pau Gasol is armed with skis and a tracking shepherd.

• After a winless June, Justin Verlander turned in a strong six-inning performance as the Tigers topped the A’s 9-3. UPDATE: As Reinsdorf’s fleet of 10 snowmobilers approached the grove at 2:15 a.m. Central, three of them were knocked from their mounts and gravely injured by a seemingly enraged Australian shepherd. Again, details are slow to arrive, but agents on the ground suspect Gasol won the animal’s heart and quickly trained it to attack and wound anything smelling of gasoline.

• The Yankee offense continued to struggle as Tampa Bay completed a three-game sweep with a 6-3 win in the Bronx. UPDATE: Spotting Reinsdorf’s skiers and suspecting them of instigating the shepherd attack, Bennett’s remaining snowmobile brigade surged forward, bent on revenge. A pitched battle ensued, in which four skiers were run over and maimed by the snowmobiles before an all-out canine assault changed the tide of the fight.

• The Nielsen company released data showing that at least 21.6 million American viewers tuned in for Team USA’s loss to Belgium, a number that tops viewership for this year’s NBA Finals. UPDATE: At 2:35 a.m. Central, the three remaining snowmobile operatives, blinded by darkness and chased by shepherds, were forced to retreat into the white cedar grove, where the man they had been hunting immediately knocked two unconscious with a pair of skis obtained from his first victim and engaged in hand-to-hand combat with the third, “whitewashing” his opponent ruthlessly with snow to the face before the man surrendered, at which point he was, like his friends, knocked unconscious with a ski.

• A postseason physical revealed that Manu Ginobli, who averaged 28.6 minutes per game in the NBA Finals, was playing with a stress fracture in his right leg. UPDATE: With Bennett’s forces totally neutralized and Reinsdorf’s ski troops down to four men and reeling, the man in the cedar grove decided to make a run for it, heading north to the shores of Lake Superior. The pursuit was slow to be organized, but finally the remaining troops gave chase, gaining ground despite their fatigue. The man crossed the Iroquois Road, just 100 yards from the shore, when he was finally overtaken. A vicious fight ensued, and several times the man staggered forward, always nearer the shore. At last, though, within steps of the water, he was brought down and subdued. A great, weary cheer rose from his new captors.

• A day after the World Cup ended for the U.S., Jürgen Klinsmann told reporters the fatal flaw for his team was playing a tentative style and having “too much respect” for opponents. UPDATE: In the dark waters 100 yards offshore, Pau Gasol peered through night-vision binoculars at the scene playing out on the frigid beach. “Damn them,” he hissed, before instructing the captain to start the engine and head north. Nobody would see them in the darkness, and they’d be in Canadian waters within 30 minutes. I had to do it, he told himself. He’d had to use the decoy. They were too close. “Lo siento, hermano,” he whispered, as the boat knifed through the freezing water.

On the shore, Reinsdorf’s men removed the thick parka and balaclava from their panting prey, and one shone a flashlight into his face. It took a moment, but soon they recognized their error. Simultaneously, four radios crackled. “Do we have him?” came the muffled voice. The men stared at one other, wondering who would have to tell Reinsdorf the awful truth. Visions of bounties vanished from their heads, replaced by the awful leering face staring up at them. The face of Marc. The face of the wrong Gasol.

The Case for Melo to the Hornets

Why Jason Kidd's Move to Milwaukee Is Business As Usual