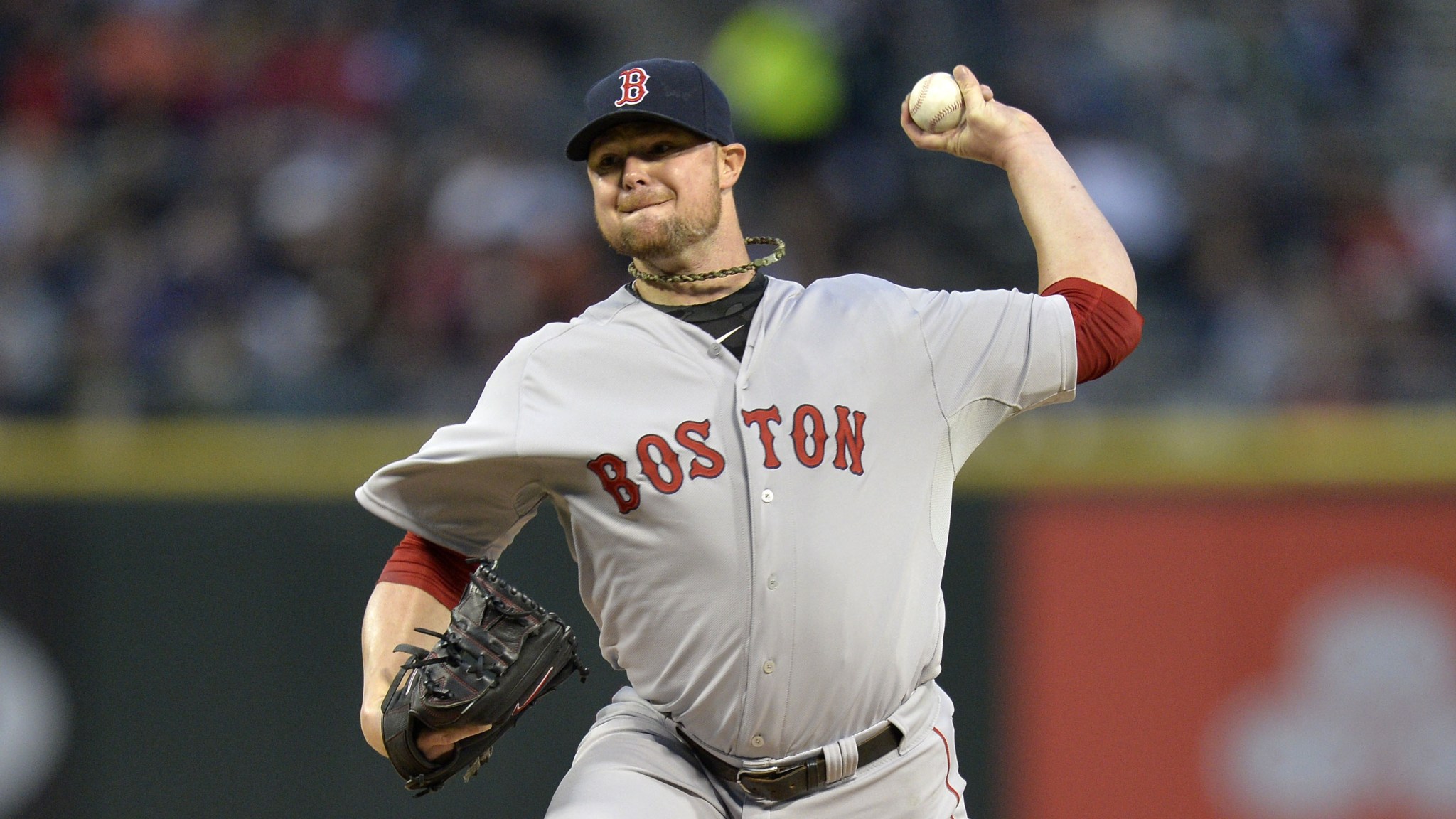 In case you were busy heading directly into the inner sanctum of Nick Saban for mutually beneficial reasons, here are the five biggest stories you missed in sports on Thursday:

Chicago lefty Chris Sale struck out 10 and brought a no-hitter into the sixth, but the Red Sox topped the White Sox 3-1 behind a comparably strong effort from Boston lefty Jon Lester, while the Yankees turned a triple play and continued to look generally rejuvenated in their 10-2 win over David Price and the Tampa Bay Rays. Well, not exactly rejuvenated. Can a team that brings on Carlos Beltran and Kelly Johnson qualify as rejuvenated? Surely not. Hell, Brian McCann is 30. How about “soaked in the briny liquids of wisdom and competence”? Yeah, that’s better. The Yankees continue to look as if they soaked themselves in the briny liquids of wisdom and competence this offseason.

San Francisco starter Madison Bumgarner labored while Hyun-Jin Ryu dominated as the Dodgers avoided a sweep with a 2-1 win over the Giants. Yasiel Puig was once again the main story, however, after he managed to drop a fly ball and turn it into an out by gunning down Brandon Belt, before reeling in a Willie Mays over-the-shoulder basket catch in the very same inning. And yes, Puig probably wasn’t put on Earth by a sentient deity with inexplicable yet specific motives to explode the head of George Will. But he might have been. And that slim glimmer of a chance is what baseball is really about, isn’t it?

In teams that forgot they weren’t playing for the loser point:

Paul “Shasta Mc” Stastny scored an equalizer and an overtime winner to give Colorado a shocking 5-4 come-from-behind win over the Minnesota Wild in the opening game of their first-round playoff series, while Alex “Mary” Steen “Burgen” and the Blues grabbed a 4-3 triple-overtime win over the Blackhawks. The latter result left Patrick “Swayze Was a” Sharp “Dressed Man While He Was Alive, But Now He’s Tragically Gone, But Will Live Forever in Our Memories Because of Road House Among Other Fine Films,” ruing his glorious missed chance from the second overtime period, but his Blackhawks have to be encouraged by the performances of returning stars Patrick “Swayze Kicked So Much Ass While He Was Alive, May He Rest in Peace, I Just Wish He Had Made a Movie Where He Had a Sword Hidden in a” Kane “And Then Pulled It Out and Said Something Badass and Killed a Guy,” and Jonathan “Castle Was All Like, ‘Nobody Puts Baby in the Corner,’ As Johnny Castle Was the Name of the Character Patrick Swayze Played in Dirty Dancing, and I Wish Jerry Orbach Had Really Tried to Keep Baby in That Corner Because I Bet Swayze Would Have” Toews “ed Him.”

In the benefits of being a pro:

Jabari Parker is leaving Duke after just one year to enter the NBA draft. When asked about his decision, Parker leaned in toward his interviewer and said, “They offered me unlimited snacks to stay. Unlimited snacks. Unlimited snacks aren’t cool. You know what’s cool? Money that can be exchanged for goods and services.”

In the pitfalls of being a pro:

After getting attacked by hornets during the second round of the Malaysian Open, Spanish golfer Pablo Larrazabal was forced to dive into a water hazard to escape. Despite suffering a number of stings, Larrazabal finished his round at 2-under, earning himself the nickname Pablo “Swayze” Larrazabal.