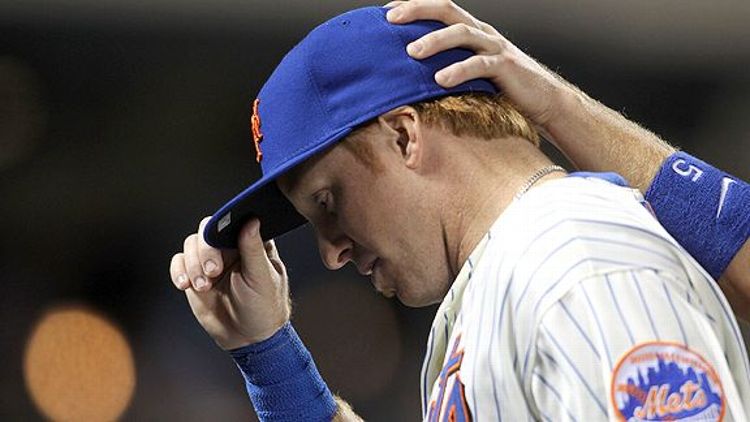 In case you were out living a young person’s life of leisure, here’s what you missed in sports on Tuesday.

This morning we’re counting down the ten most significant moments of Tuesday night. They could be great, they could be awful, or they could be “other,” but the ranking is entirely dependent on their importance. Kind of like how Time magazine’s Person of the Year can be Gandhi, Hitler, or Mark Zuckerberg.

10: Tiger Woods is feeling fine and dandy as he prepares to make his return from a three-month hiatus at the WGC-Bridgestone Invitational. He told reporters he plans to wait until at least the 7th hole Thursday before viciously swearing on camera, and will probably not storm off the course in the middle of a round until Saturday or Sunday.

9: Mark Teixeira homered from both sides of the plate as the New York Yankees beat the Chicago White Sox 6-0 in a rain-shortened game. Teixeira has now accomplished the feat 12 times, a major league record. Derek Jeter was unimpressed, claiming that if he was a switch-hitter, he would have grounded into at least 300 double plays from both sides by now.

8: Jacoby Ellsbury got his first ever walk-off hit to give the Boston Red Sox a 3-2 win over the Cleveland Indians. The Red Sox maintain a one-game lead on the Yankees going into this weekend’s series in the Bronx. Both teams are in great wild card position, a spot which has been won by the Yanks or Sox in seven of the last eight years. When reached for comment, the wild card was annoyed, claiming its other wild friends have taken to calling it “boring card,” “corporate card,” and “rich douchebag card.”

7: In a game full of anger and hit batsmen, the Cardinals topped Milwaukee 8-7 in extra innings. Lance Berkman hit the go-ahead single in the 11th, cutting into the Brewers’ NL Central lead. Berkman, one of the oldest men in baseball, has already told the story to family and friends 17 times since last night.

6: Angels right Jered Weaver was suspended for six games for throwing over the head of Detroit’s Alex Avilas. His team responded with a 5-1 win over the Twins behind a strong start from Ervin Santana. The lesson: if you need motivation, throw an object at someone’s face.

5: Angels first baseman Mark Trumbo hit a massive three-run blast in the same game Tuesday night. It was one of the 25 longest home runs of the season, and Trumbo hoped it would stop everyone who heard his last name from assuming he was a circus elephant.

4: The Arizona Diamondbacks have crawled their way back into a tie for first place with the San Francisco Giants after Tuesday night’s 6-1 thumping. Tim Lincecum seemed to take the loss in stride, but photographers later found him glumly skipping rocks into a nearby pond. When he spotted the cameras, Lincecum shouted “nobody understands me!” and fled on his skateboard.

3: Those poor, hopeful devils from Pittsburgh are back to .500 after allowing 21 hits to the Chicago Cubs in an 11-6 loss. “If we can’t be happy,” read a statement released by the Cubs, “then no one can.”

2: The best pitching performance of the night goes to the Blue Jays’ Ricky Romero, who allowed just one hit through eight innings in Toronto’s 3-1 win over the Rays. Unfortunately, most of the Toronto fans in attendance missed the performance because they were totally engrossed in their nonfiction books.

1: In a wild game, the Marlins scored two runs in the ninth inning on an error to beat the Mets 4-3. I hate to give the top spot to something negative, but seriously, watch the botched double play. Then look at a picture of a child crying, and you tell me which one is sadder.

Trick question: the child is a Mets fan, and he’s crying because of the error.