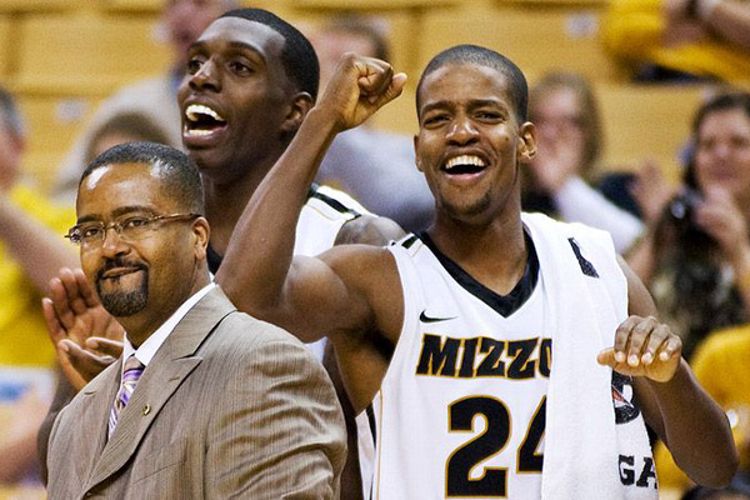 In exactly seven weeks, the 2012 NCAA tournament will begin in Dayton, Ohio.

1. That is sooner than you think.*

2. It’s only true if you count this newfangled “first four” as the start of the tournament.**

*Unless you have a pretty firm grasp on how long a week is. Then it’s exactly as long as you think. But if you think seven weeks is like four months, get ready for a big surprise, brother.

**Nonsense. The first round is nonsense and we all know it. Here’s a great use of the word “nonsense” in Internet cartoon form: nonsense.

***That’s sooner than you think!

What this means is that we should start speculating about which teams will take the four 1-seeds. If we wait much longer, we’ll be totally unprepared to speculate when the time comes, and then they’ll have to cancel the whole tournament.

So let’s count down some contenders, followed by the current top dogs in the 1-seed hunt.

Murray State (20-0)
The Racers keep creeping up the standings. I know what you’re thinking: Undefeated record? Automatic 1-seed. Give ’em that straight up-and-down number. (Note: Think of a better way to phrase that next time.) But it’s not so simple. As we covered in the fake Q&A last week, Murray State is in the Ohio Valley Conference, and as such the Racers don’t get much respect. If they keep winning, they can work their way up to the top five, but even then it will take some poor February and early-March performances by the major conference contenders to vault them into the top of a regional bracket.

Duke (16-3)
The Blue Devils just saw a 45-game home winning streak snapped by Florida State, and the loss wasn’t even a fluke. Instead, it’s an indication that the talent level isn’t quite where it’s been the past three years. They’ll continue to struggle against teams with strong, defensive guards who can limit the output of Seth Curry and Andre Dawkins, and it would be a surprise if there weren’t two to three more conference losses in store. But it’s still possible for the Blue Devils to win the ACC double — the regular season and conference titles — and, depending on the rest of the college basketball landscape, that might be good enough for a 1-seed.

North Carolina (16-3)
The national title favorite coming into the season has dropped considerably in everyone’s esteem, and the Tar Heels just lost Dexter Strickland for the season to an ACL injury. Strickland was known as the fifth starter among the Tar Heels fab four of Tyler Zeller, John Henson, Kendall Marshall, and Harrison Barnes, but as the season went along, it became clear that he was the only one who could actually create offense on the drive. Without that ingredient, UNC is in danger of being reduced to a team that can either shoot 3s or feed the post, without any kind of connection between the two. It’ll be fascinating to see how the new identity forms.

Baylor (17-2)
Losses to Kansas and Missouri proved that the offensive rebounds the Bears give up as a result of playing zone defense can (and will) be debilitating. Until the three talented big men (Perry Jones III, Quincy Miller, Quincy Acy) play with more consistency and passion, Baylor won’t be among the elite.

Kansas (17-3)
After early losses to Kentucky and Duke, and a strange one to Davidson, coach Bill Self has his team playing excellent conference basketball. The win against Baylor was a masterpiece of team play, featuring the inside-out tandem of Tyshawn Taylor and Thomas Robinson. The Jayhawks play Missouri on February 4, and a win will propel them into 1-seed territory.

Michigan State (16-4)
A strange inclusion on its face, I realize, but consider that the Spartans’ only two losses after opening the year against UNC and Duke have come in close ones on the road against tough conference opponents. And, considering Tom Izzo’s penchant to have his teams Final Four ready when they’ve looked mediocre at best earlier in the year, I’m giving Sparty the benefit of the doubt. Plus, Draymond Green and Keith Appling are worth their weight in gold in a tough Big Ten. If they can’t beat Ohio State on February 11, though, they drop off permanently.

Ohio State (17-3)
Like UNC, Ohio State came into the year as vaunted title hopefuls. At times, the Buckeyes have looked the part, like in their crushing 85-63 win over Duke. But then they dropped road decisions to Kansas, Indiana, and Illinois, which you wouldn’t expect from a great team. Still, they remain the favorites in the best conference in the country, and as of now there’s no reason to think they won’t win the conference and earn the 1-seed.

Missouri (18-1)
My tendency is to think of the Tigers as flukes, but that viewpoint isn’t tenable after Saturday’s great win at Baylor. Ricardo Ratliffe, the 6-foot-8 senior forward, shoots an absurd 77.2 percent from the floor, and Marcus Denmon is the best player nobody talks about.

Syracuse (21-1)
Monday night’s bounce-back win at Cincinnati gave pause to the doubters who threw themselves on the Orange carcass after an ugly loss at Notre Dame over the weekend. Even the Bearcats exposed some vulnerabilities in the zone, and Syracuse’s offense has been surprisingly unproductive in recent games. But there are still so many threats at coach Jim Boeheim’s disposal, and in the close games, Scoop Jardine is one of the best pressure performers in the country.

Kentucky (19-1)
The absolute best. Coach John Calipari finally has the combination of superlative freshmen and excellent upperclassmen he’s coveted since taking over in Lexington. As of now, these are your national champions, and it’s hard to see how anyone could knock them off the 1-seed platform.