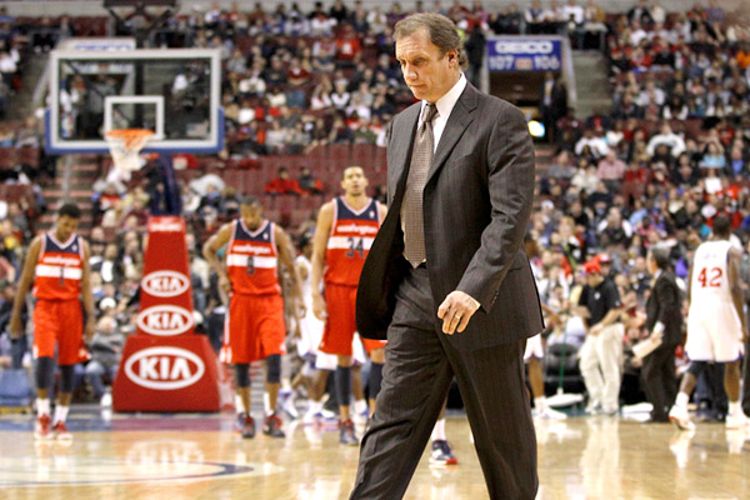 At 8:36 a.m., The Washington Post published a story about Flip Saunders giving the Washington Wizards a day off. That seemed odd because the Wizards got severely punked Monday night by the Sixers. It seemed less odd at about 11:30 a.m., when Yahoo’s Adrian Wojnarowski tweeted that Flip had been fired.

You hate to see anyone lose his or her job. But if you arrived back on Earth on Monday from, say, a six-week stay on the moon, you would be shocked to learn that the Wizards even had a coach at all. That’s how disorganized, disinterested, and disengaged the young, 2-15 club looked.

The good news is that there’s an obvious candidate for the Wizards head coaching position: Phil Jackson. Come on, how awesome would the Wizards look running the triangle offense with John Wall, Andray Blatche, and JaVale McGee? Pretty unstoppable.

The bad news is I made that up. Phil Jackson would sooner coach a Montana municipal workers intramural team. Someone else (possibly assistant coach Randy Wittman, maybe Sam Cassell) will have to help JaVale fulfill his destiny to be the “future of the NBA.”