When They Were Young: How Eight NFL Draft Prospects Rated As Recruits 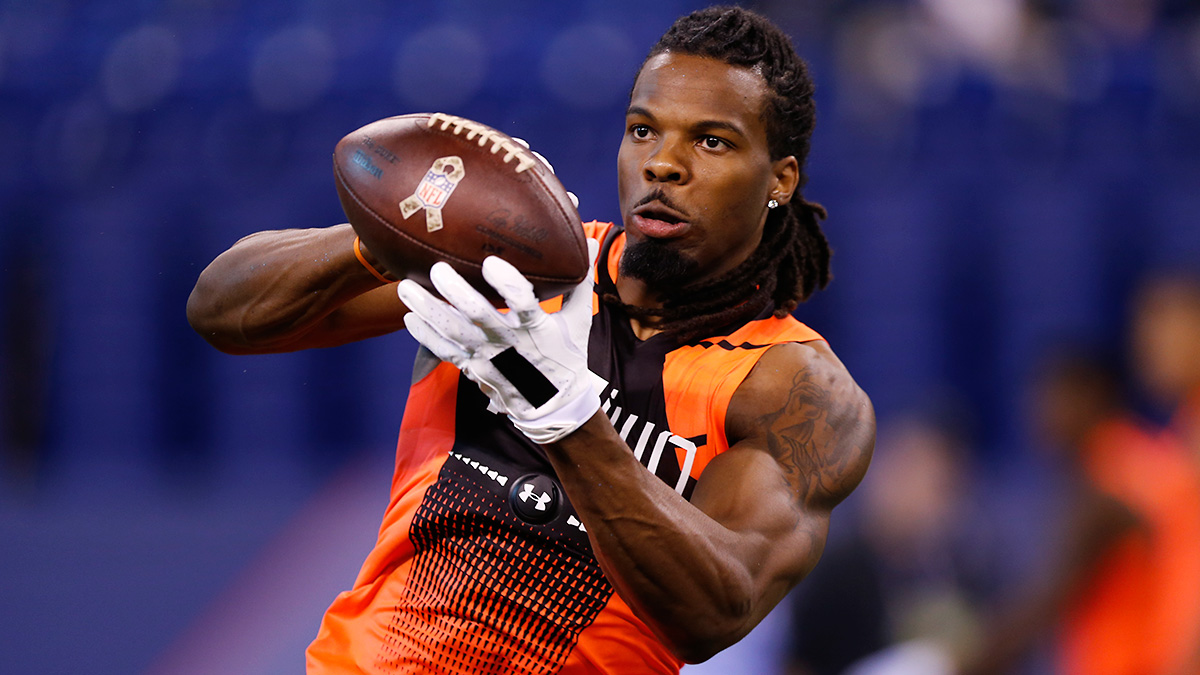 They say there’s more than one way to skin a cat. While I’m not sure why anyone would want to do such a thing, or whether cat-skinning is even legal, I know that this maxim applies fully to the NFL draft, particularly to becoming a first-round pick. This year’s top prospects definitively prove that more than one path leads to sharing an awkward bro-hug with Roger Goodell on a stage in front of hundreds of deranged Jets fans. For your edification, here are eight particularly noteworthy examples.

Man, if not for Winston, the Class of 2012 might go down in history as the grisliest collection of quarterback “talent” ever assembled. Just look at this shit. Given that, it’s hard to fault Trent Dilfer too much for gushing about Winston’s mental makeup back when Winston was still a Florida State commit.

In retrospect, it’s shocking that this video didn’t spawn a digital army of Winston-Dilfer (Wilfer?) ’shippers. Regardless, you don’t need me to remind you how prescient Dilfer’s words turned out to be, nor how quickly Winston proved worthy of his five-star status on the field despite his persistent issues off of it. Barring any mid-April shenanigans at Publix, Winston is poised to be drafted first overall by the Buccaneers. He’s once again the only surgeon in a class full of butchers.

The recruiting cognoscenti didn’t show high school Mariota much love, and neither did college coaches. His only scholarship offers came from Oregon and noted football factory Memphis, apparently because most coaches are too lazy to scout remote and relatively talent-devoid states like Hawaii. Their loss!

The miracle of the Internet, of course, is that you don’t have to physically be in Hawaii to search “Marcus Mariota high school highlights” on YouTube and immediately receive access to pages upon pages of videos documenting his early gridiron exploits. Here’s one of my favorites. It’s worth watching for the wavy intro music alone.

Thank heavens he didn’t end up wasting that talent at Memphis.

The only question about DGB in high school was whether he more closely resembled Randy Moss or A.J. Green. That he’d dominate SEC defenses while starring at Missouri, where he initially committed out of high school, was considered inevitable. As the video below demonstrates, that was a fair assumption.

There we go. Ultimately, things didn’t work out as planned, with legal issues leading to DGB’s dismissal from Missouri and transfer to Oklahoma, where he sat out for a year before declaring for the draft. Still, Green-Beckham flashed enough star potential in college to garner a first-round projection from basically every mock draft out there. He’s just not heading the class anymore, which, given his initial otherworldly projection, is actually pretty noteworthy.

White began his collegiate career at Lackawanna community college in Scranton, Pennsylvania, which isn’t exactly a hotbed for future NFL talent. He didn’t even start playing receiver until his senior year.2

Due to his failure to fill out some financial aid paperwork, White wasn’t able to play football at Lackawanna as a sophomore in 2011, and his prospects for latching on with a D-I program seemed remote. Undeterred, he undertook an arduous training regimen during his year off and returned to Lackawanna in 2012, snagging 36 balls for 535 yards and six touchdowns. As a result, he gained traction as a juco recruit and ultimately chose to attend West Virginia, which was relatively close by and boasted a receiver-friendly offense. You know the rest of the story.

Now considered the top cornerback prospect in the draft, the gloriously dreadlocked Waynes was just a middling two-star high school recruit according to some services. Still, he netted offers from Sparty, Illinois, Iowa State, and Wisconsin. Good thing the Kenosha, Wisconsin, native didn’t end up choosing his home-state Badgers, as neither Bret Bielema nor Gary Andersen could have competed with schematic sorcerers Mark Dantonio and Pat Narduzzi, who ably utilized Waynes’s dazzling speed (video evidence below), while All-American teammate Darqueze Dennard served as the best possible role model an ascendant corner could have.

Here’s a look at Waynes winning the 100 meters at a track meet in high school. According to the uploader, Waynes was only 75-80 percent at the time of this race. Nevertheless, he seems to be a fan favorite!

Tug-of-war prowess is undoubtedly one of the most important qualities when it comes to evaluating offensive linemen, and this former five-star is not lacking in that department. He’s not too shabby at one-on-one drills, either.

As a high schooler, Peat was to football camps what John Oliver is to viral video segments: a force of pure destruction. Do not get in his way.

Thompson was a paragon of versatility at Washington, starring at safety and then linebacker while also contributing at running back. But even that was nothing compared with his high school playing days, when he regularly lined up at safety, running back, and QUARTERBACK. Needless to say, he was a consensus five-star prospect and could have gone basically anywhere, including to the Boston Red Sox. There is literally nothing Thompson can’t do, and that’s a Coors Light Cold Hard Fact.

Some people are incredibly naturally gifted at certain activities, and Gurley is one of those sorts. He’s been excelling at football since the age of 6, when his local Pop Warner league made him play up a division because he was so good. He was still the team’s best player after making the jump, and probably could have moved up to high school ball shortly thereafter. I am convinced that SEC boosters were giving him hundred-dollar handshakes before he turned 10. Lord knows he deserved it.

If ever a player could have handled the rigors of the NFL straight out of high school, Gurley was it. Salute.

‘The Ropes’ Podcast: Sugar Ray Leonard on Mayweather-Pacquiao, and Angel Garcia on Training His Son