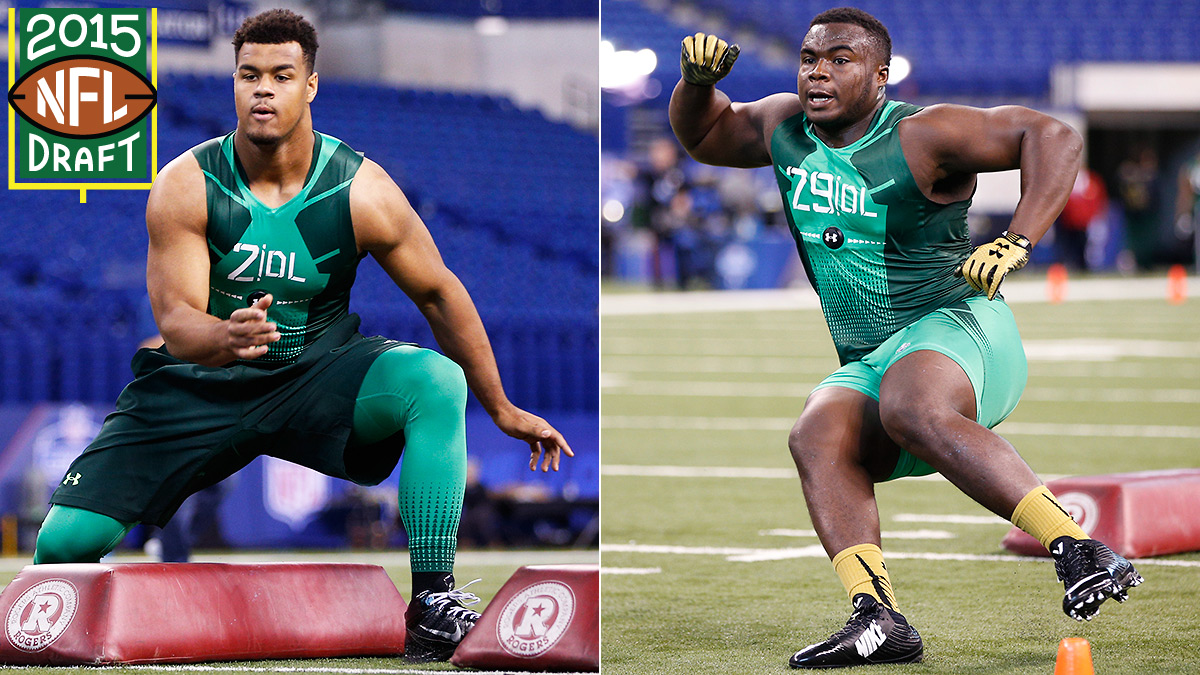 For those of us who devote more attention and energy to the college game than the pros, the NFL draft serves mainly as a kind of graduation — look at our boys, all grown up! — only with the promise of immediate employment, fame, and fortune baked right in. It’s fun to watch local favorites become part of the national obsession, even when we know that most draftees are destined for the league’s vast scrap heap. Every so often, though, watching the draft can also feel like entering a bizarro world, one in which largely untapped potential often means more than actual production on the field. This year, like every year, a handful of early-round picks bearing the mock draft stamp of approval but no proven track record will be guaranteed to leave college fans scratching their heads.

Ultimately, that disconnect stems from a differing approach to defining value: For NFL scouts, spending a first- or second-round flier on a prototypical specimen with a spotty résumé is often worth the risk; for college fans, that’s a baffling gamble when a less obviously gifted but more accomplished peer will likely be available a few rounds later. Sometimes, the risk pays off. But the benefit is rarely obvious on the front end, where it always seems counterintuitive to expect anyone to become a better pro than he ever was an amateur. Past results may not guarantee future returns, but they’re a pretty good indicator.

To that end, and with the 2015 draft on the horizon, we’ve singled out six players whose projected draft status far exceeds their college accomplishments, and have suggested an alternative who will be available for a much lower price. 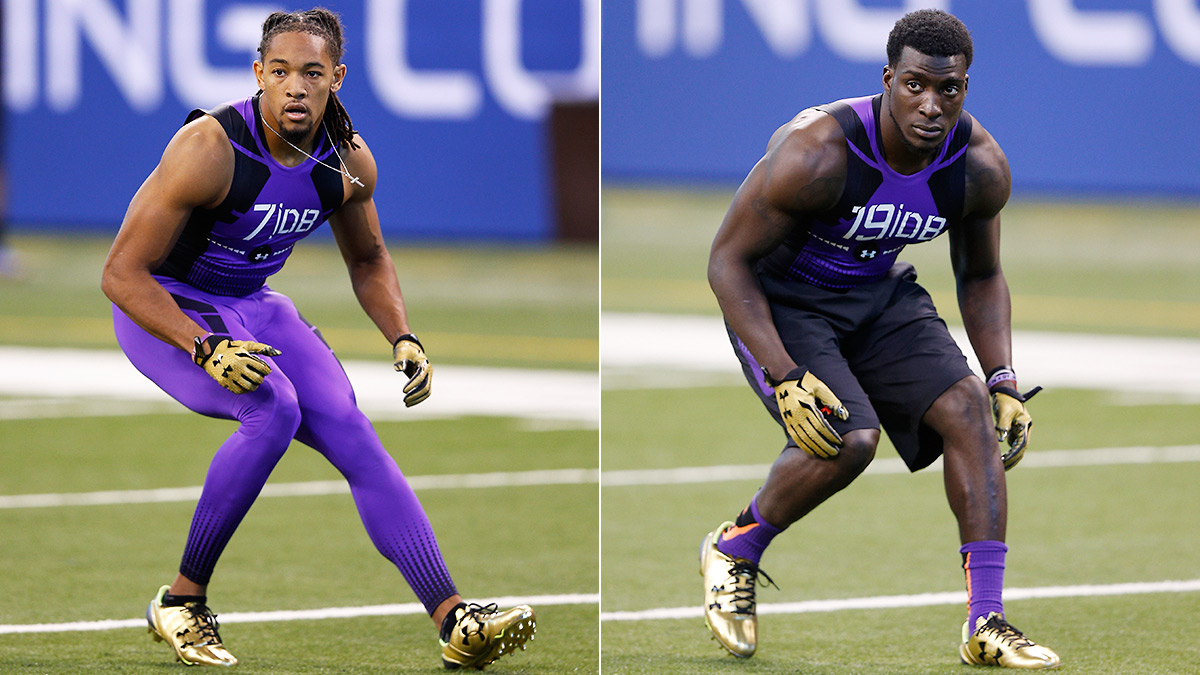 NFL.com grades Collins as a likely first-rounder and an “instant starter” at the next level, citing his rare combination of height (6-foot-1), weight (203 pounds), and speed (4.48 40-yard dash) at a premium position. How can it be, then, that none of those can’t-miss advantages was ever enough to make Collins a full-time starter in Baton Rouge, where he was surpassed on the depth chart by a true freshman (Tre’Davious White) and then benched in favor of a sophomore (Rashard Robinson) in consecutive seasons?1 LSU finished with the best pass defense in the SEC in 2014, and one of the best in the nation, but Collins rarely rose above a situational nickel role. He was the third-best player in his own secondary, at best, and sometimes not even that.

Golson, on the other hand, has been predictably dinged in scouting reports for his subpar height (5-9) and his relatively short arms, which look like they’re going to send his stock tumbling into the middle rounds. But Golson has played a ton of football at a high level, having logged 33 career starts over four years in the SEC West, and he emerged last year as the most productive cornerback in America, becoming just the fourth FBS player in the past decade to record 10 interceptions in a season; he was subsequently tabbed as a unanimous All-American, the headliner of a unit that led the nation in scoring defense. For what it’s worth, Golson’s combine numbers were virtually identical to Collins’s, and Golson actually posted a slightly better 40 time. Is four inches really worth $4 million?

Why Not: Clemson DT Grady Jarrett?

Although they’re both labeled defensive tackles, comparing Armstead and Jarrett might seem like an apples-to-oranges proposition: Armstead is a towering, 6-7 giant who was once regarded as a prototypical offensive tackle — college recruitniks are still shaking their heads that he insisted on playing defense — and projects as a 3-4 end in the NFL; Jarrett, at 6-1, 304 pounds, is a squatty ball of power who only makes sense as an old-fashioned, 4-3 nose guard. From that thankless position, though, Jarrett always made a lot of sense for Clemson, racking up 141 tackles and 29 tackles for loss over the past three seasons with zero starts lost to injury. As a senior, he anchored arguably the best defensive line in the nation, one that ranked second nationally in Adjusted Line Yards, Stuff Rate, and Adjusted Sack Rate. By more conventional measures, the Tigers led the nation in total defense and ranked fifth against the run, a far cry from the unit that gave up 70 points in the Orange Bowl in Jarrett’s freshman year.

Meanwhile, Armstead never lived up to his potential as a pass-rusher, notching just four career sacks, and was last seen getting trucked by Ohio State’s offensive line in the national title game. On top of his superiority on paper, Jarrett was faster, stronger, and heavier at the combine. The team that drafts Jarrett in the third or fourth round will be adding an angry hippo to the middle of its defense, and on the cheap. 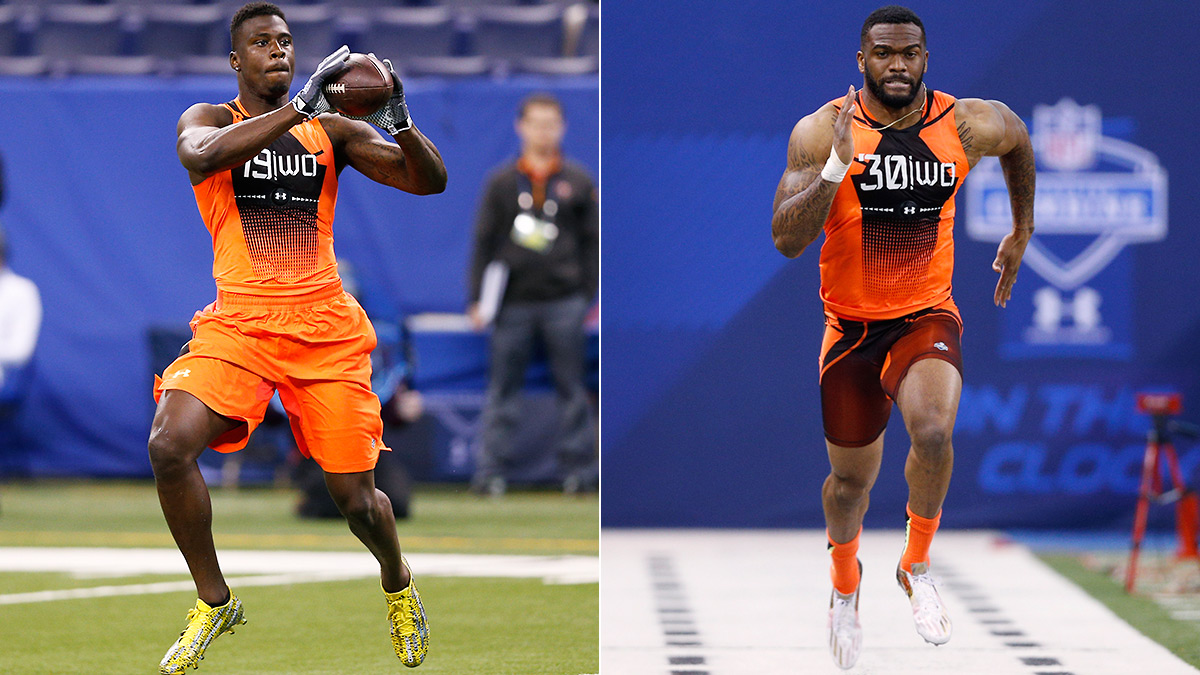 Before the Green-Beckham bandwagon careered off the rails last year, the former blue chip appeared to be well on his way to justifying the hype after a promising sophomore effort (59 catches for 883 yards, 12 touchdowns) highlighted by an above-the-fold performance against Auburn in the SEC championship game. While DGB spent 2014 in legal limbo, though, Mayle quietly turned in a five-star campaign in the obscurity of the Pacific Northwest, setting Washington State records for receptions (106) and receiving yards (1,483) in a season. Like Green-Beckham, Mayle boasts far more raw talent than polish: He never played organized football before picking up the sport in junior college, when his basketball career ran out of steam. Unlike DGB, though, Mayle has shown steady, quantifiable progress toward turning that potential into real production.

Why Not: Stanford DE Henry Anderson?

It’s not hard to discern why scouts are more intrigued by a player they describe as an “absolute Greek God” in shorts than one cursed with “slender legs, tight hips, and boring feet.” But Anderson’s lack of podiatric pizzazz didn’t stop him from accumulating a sterling résumé at Stanford, capped by a first-team All-Pac-12 nod in 2014 as the anchor of the league’s stingiest defense in terms of both yards and points allowed. (Somehow, the Cardinal improved in every major defensive category last year despite losing four all-conference picks from 2013, three of whom were drafted; Anderson’s return from a 2013 knee injury may go as far in explaining that as any other factor.) For his part, Odighizuwa made strides last year toward fulfilling his five-star recruiting hype, finally managing to hold down a full-time starting job after sitting out 2013 with a bum hip. If he does wind up going in the first round, though, it will still have more to do with his physique than his production. 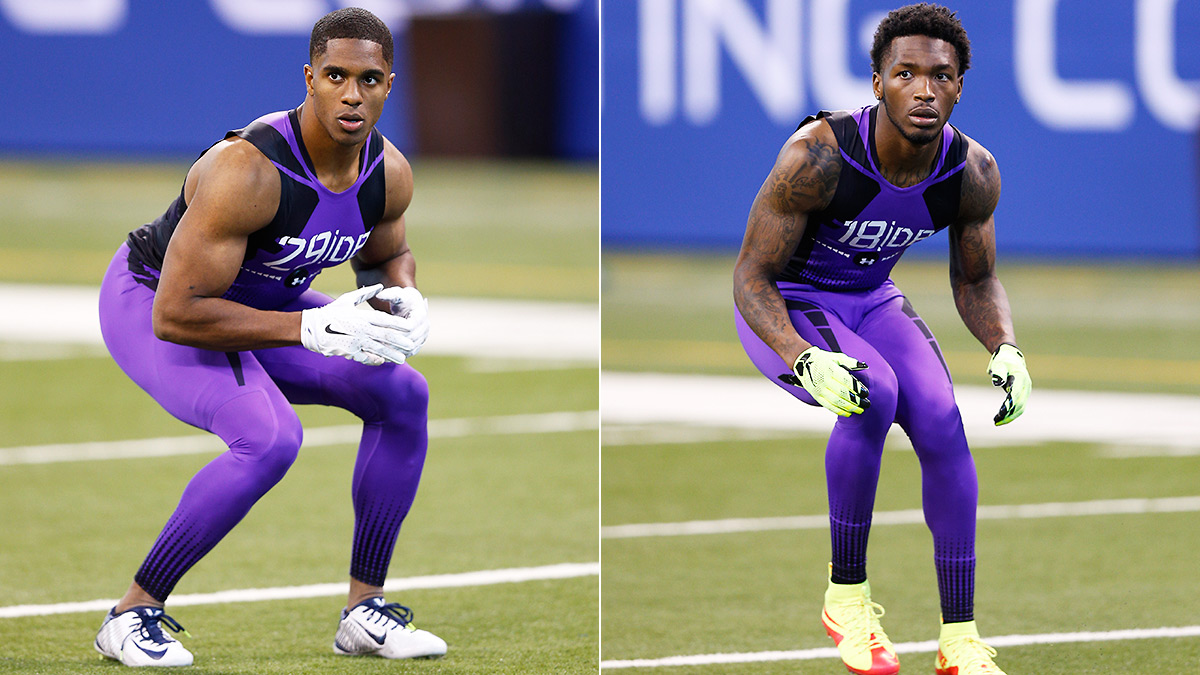 Jones won the combine with a world-record broad jump and elite numbers in most other categories, likely earning himself millions in the process as a projected first- or second-rounder. Poll opposing coaches in the American Athletic Conference, though, and they’ll tell you the better bet is Glenn, a two-time All-AAC pick who could have made it four times if he hadn’t opted to leave his last two seasons of eligibility on the table. Individually, Glenn was credited with more passes defended over the past two years (35) than all but one other FBS player; as a team, UCF ranked in the top dozen nationally in total defense, scoring defense, and pass efficiency defense.

By contrast, Jones never appeared on an all-conference team in three years as a starter and missed much of his senior year with a shoulder injury. Jones is bigger and faster than Glenn, and he can clear the Potomac in a single bound, but against the same competition in the AAC he looked like just another face in a terminally mediocre crowd.

Why Not: Wisconsin OT Rob Havenstein?

Florida’s offensive line was hardly the catastrophe last year that it was in 2013, and Humphries can claim some credit for the unit’s improvement after bouncing back from a sophomore knee injury that hastened the Gators’ collapse. But the 2014 edition was nothing to write home about, either, and ultimately Humphries was never in the lineup long enough in his college career (19 starts in three years) to justify the top billing that greeted his arrival out of high school. The upside fueling first-round projections has yet to yield tangible results.

While no one will ever mistake Havenstein for a prototypical physical specimen — his NFL.com scouting report describes his 6-7, 321-pound frame as “oafish” and “unathletic,” even while commending him for trimming his weight to a level that no longer alters the tides — his role as a mainstay in Wisconsin’s irrepressible rushing attack speaks for itself: In the three years that Havenstein manned a starting position, the Badgers averaged 280 yards per game on the ground and sent three different backs (Montee Ball, James White, and Melvin Gordon, twice) over 1,400 yards rushing in consecutive seasons. (Beleaguered Big Ten coaches finally rewarded Havenstein with a first-team all-conference nod in 2014.) Havenstein is probably bound for the third or fourth round and for the anonymity of right tackle, as opposed to the more lucrative blindside work that awaits Humphries. But Havenstein is also bound for a long, solid pro career that will eventually make his midround pedigree look like a bargain.

Berlin-Bound: Which Team Has the Best Chance of Winning the Champions League?