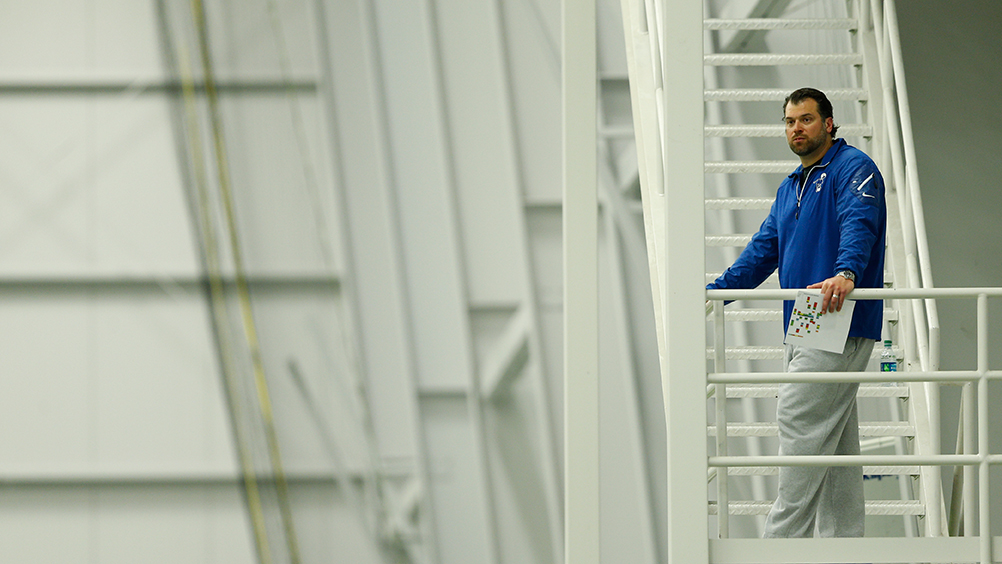 Every year, on the eve of NFL free agency, there always seems to be a reminder that all of these bidding wars matter only so much. The pool of free agents is, by definition, a group that teams didn’t value enough to retain. There are exceptions — Ndamukong Suh and Darrelle Revis — but for the most part, available cap space leads to inflated markets for players whose value is hard to pin down. The Bears gave Pernell McPhee $15.5 million guaranteed following a season in which he played 515 snaps on a defense with Terrell Suggs and Elvis Dumervil. There’s no telling what McPhee will be when he’s away from the comforts of the Ravens’ scheme and talent pool, but it’s probably fair to assume he won’t be more effective than he was in a part-time role.

That sort of challenge helps to illustrate the limits of what free agency can do for a team, but it also gives some insight to the value the process does have. At last month’s combine, more than one general manager casually mentioned that in his team-building model, free agency acts as a way to position for the draft, which is by far the more important talent-gathering stretch of the offseason.

“So many times in March and April, your needs are so much different than they are in the fall,” Cardinals GM Steve Keim said at a press conference. “Needs are always changing. You try to address some of those needs in free agency, and in the draft you have to draft the best player available.”

That sentiment was echoed by Panthers GM Dave Gettleman, who has followed the best-player approach in both his drafts with Carolina. In 2013, Gettleman took defensive tackles Star Lotulelei and Kawann Short in consecutive rounds; last year, he drafted defensive end Kony Ealy in the second round, despite already having a pair of edge rushers who combined for 26 sacks the previous season.

Wanting to take the best player on your draft board, regardless of need, makes plenty of sense. As tough as it is to project how free agents will translate to a new role and system, doing it for college players is next to impossible. NFL.com’s Mike Silver recently wrote about the strategy Colts GM Ryan Grigson has adopted this offseason, relating a story about when the Eagles drafted Todd Herremans in 2005, when Grigson was a member of the Philadelphia front office. Grigson saw one game of Herremans’s tape from tiny Saginaw Valley State and one live showing at a Division II all-star game. That was it. Free agency has its risks, but it also involves a minimum of four years’ worth of film against NFL competition. The amount of uncertainty involved with projecting players in the draft can lead to spectacular misses, but it can also swing the other way — the ceilings for these players, at 22, are significantly higher than any that a team is going to get in free agency. 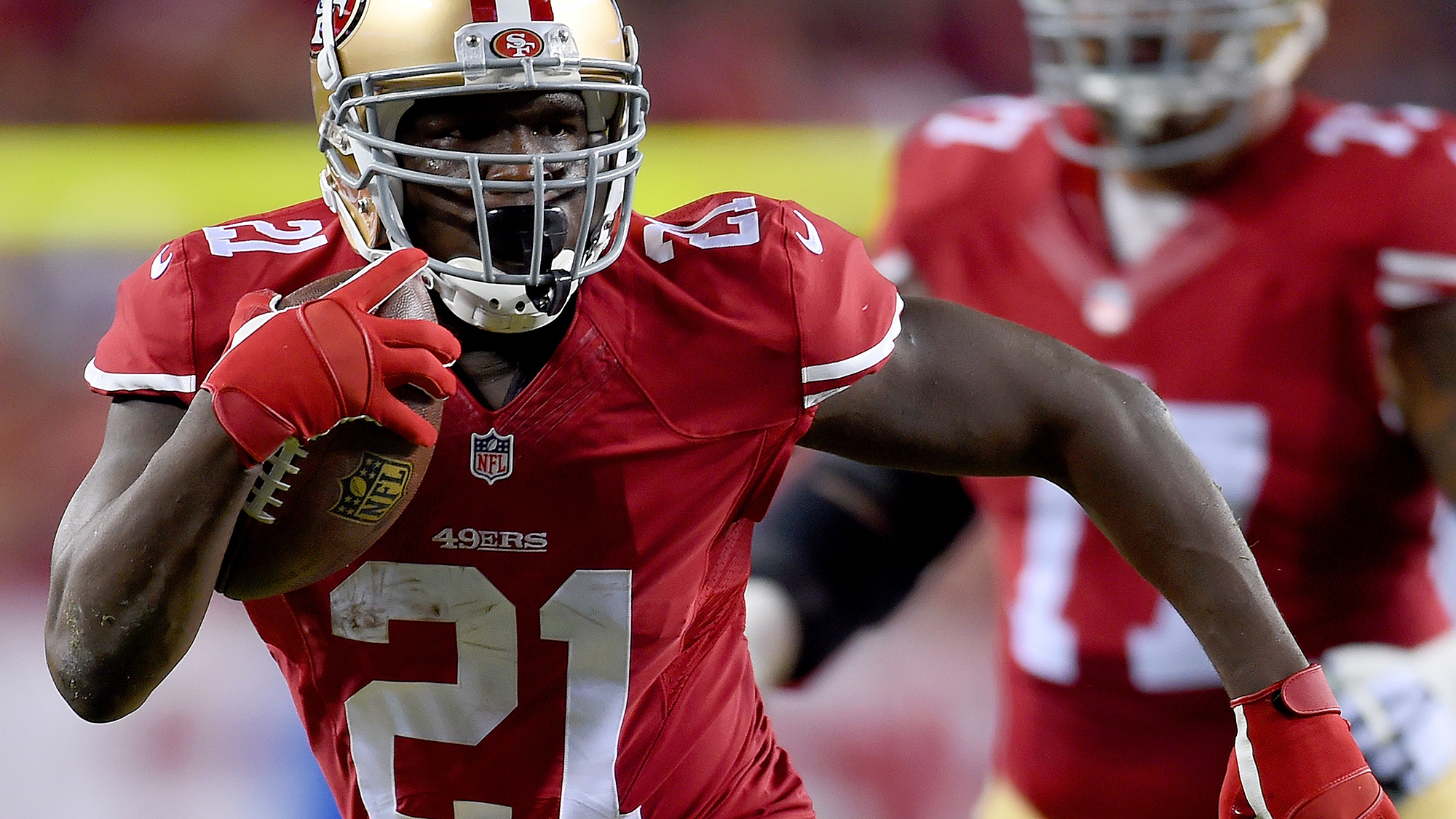 Almost every player in Grigson’s free-agent haul this year was an example of patching up a glaring hole on the roster: guard (Herremans), pass-rusher (Trent Cole), running back (Frank Gore), interior defensive lineman (Kendall Langford), and inside linebacker (Nate Irving). “What are the chances I’m going to get a pass-rusher as good as Trent at no. 29, a guy who’s still a killer coming off the edge,” Grigson told Silver.

There it is. Rather than reaching for a player at the back end of the first round, Cole gives Indianapolis a known commodity and plays a role it sorely needed filled.

The downside of that approach is that at 32, Cole can only play that role for a season or two, which points to how these decisions are shaped by where these teams stand within the league. The Colts view their team as one that’s on the brink of a championship, and they’ve acted accordingly this offseason. By filling their needs with proven, stopgap players, it likely maximizes their short-term chances while limiting how well a younger option can develop over the long term. That being said, by patching up the trouble spots on their roster, the Colts now have more flexibility on where to turn with that 29th pick.

The Jets may not be contenders in the same way the Colts are, but they also came into this offseason with a huge stockpile of cash. In a way, they executed the same plan of using March as a time to take care of needs while opening up their options came late April. They just spent way more money doing it. 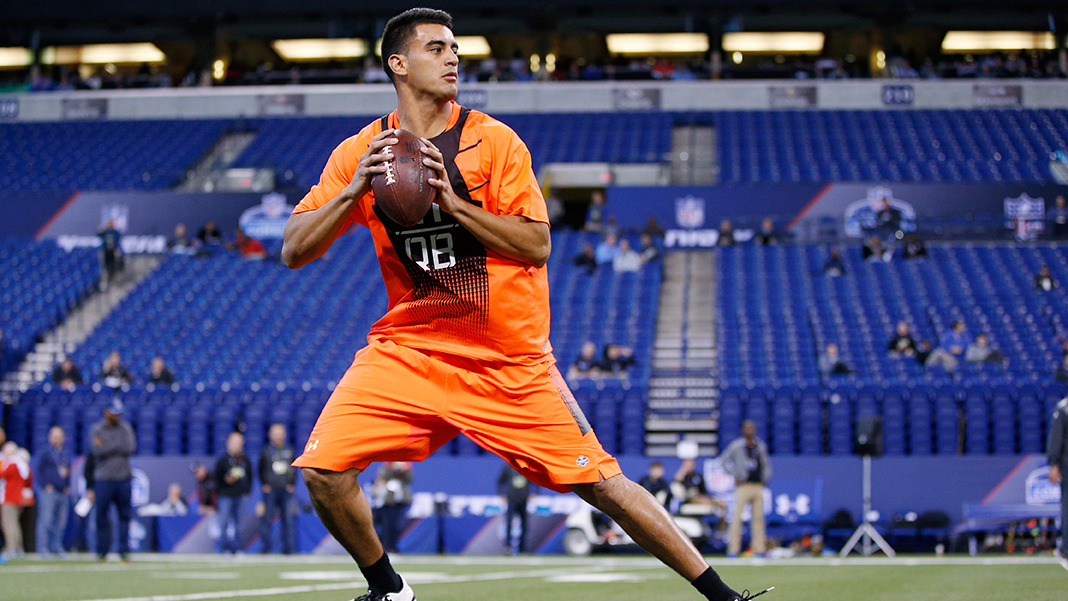 By trading for Brandon Marshall and signing an entirely new secondary, the Jets have opened up just about every avenue for the sixth overall pick. If Marcus Mariota is available and if the Jets want him (ask Woody Johnson about that), they now have enough talent at receiver and on defense to take him without worrying about neglecting the other problem areas of the roster.

Part of that New York secondary overhaul was bringing back Antonio Cromartie, who got just one year of guaranteed money on his new deal, according to reports. It’s the second time in two seasons that Cromartie has switched teams; he signed a one-year deal with the Cardinals last offseason. The setup with Cromartie is similar to many of the free-agent pursuits Arizona’s made in the past couple of years. Two years ago, it was John Abraham and Karlos Dansby, who signed short-term deals but stepped in as starters immediately. This year, it’s guys like Sean Weatherspoon and Cory Redding. Each of the past two years has involved a major splash to fill a need along the offensive line, but for the most part, Arizona’s free-agent plan has involved picking up cheap options at need positions as a way to tweak a playoff-caliber roster.

As Keim has said, the hope is that this approach allows the Cardinals to take the players they want, not the players they need, come draft time. Almost every general manager has made it clear he shares the same values, but with the way free agency has shaken out for some teams, those principles could be tested when Roger Goodell starts reading names from the stage. 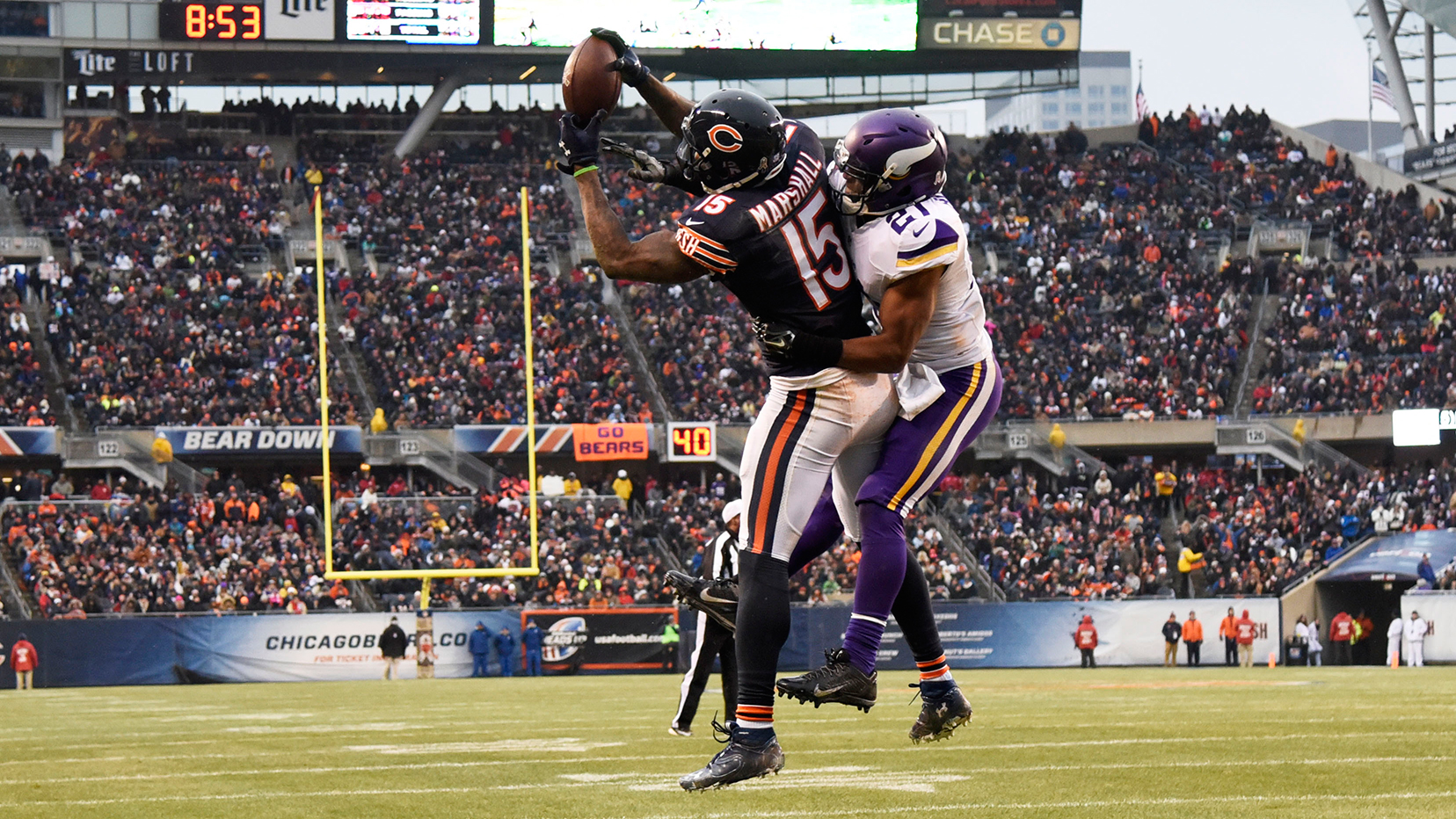 When free agency began, it seemed that the Texans and Bears would be left with glaring holes at wide receiver after the departures of Andre Johnson and Marshall, respectively. Both teams have added players at those spots, with the Texans signing Cecil Shorts to a small two-year deal and the Bears adding Eddie Royal. Both could still be in the market for a receiver early in the draft, but again, that’s where those types of signings come into play.

Some teams go into free agency looking for stars and come away with a player like Mike Wallace. Smart teams look at free agency and the draft as two gears of the same team-building mechanism. Those teams look at free agency as a chance to bring on semi-proven talent with the hope they can draft the players they believe have the best chance to eventually turn into stars. When the annual cold-water throwing inevitably begins, that’s the point that too often gets left out. Free agency can help build a championship-caliber roster; it just depends on what areas of that roster those free agents are being used to fill.

We’re a month and a half removed from Revis, playing on a one-year deal, helping the Patriots win a Super Bowl. Michael Bennett and Cliff Avril were free agents who played a significant role in the Seahawks’ championship run the year before. Free agency will never be the basis for a high-quality NFL roster, but if used the right way, it can be the final touches for one.

We Went There: The Nets Fight to Not Make the Playoffs, Ruin Children’s Lives