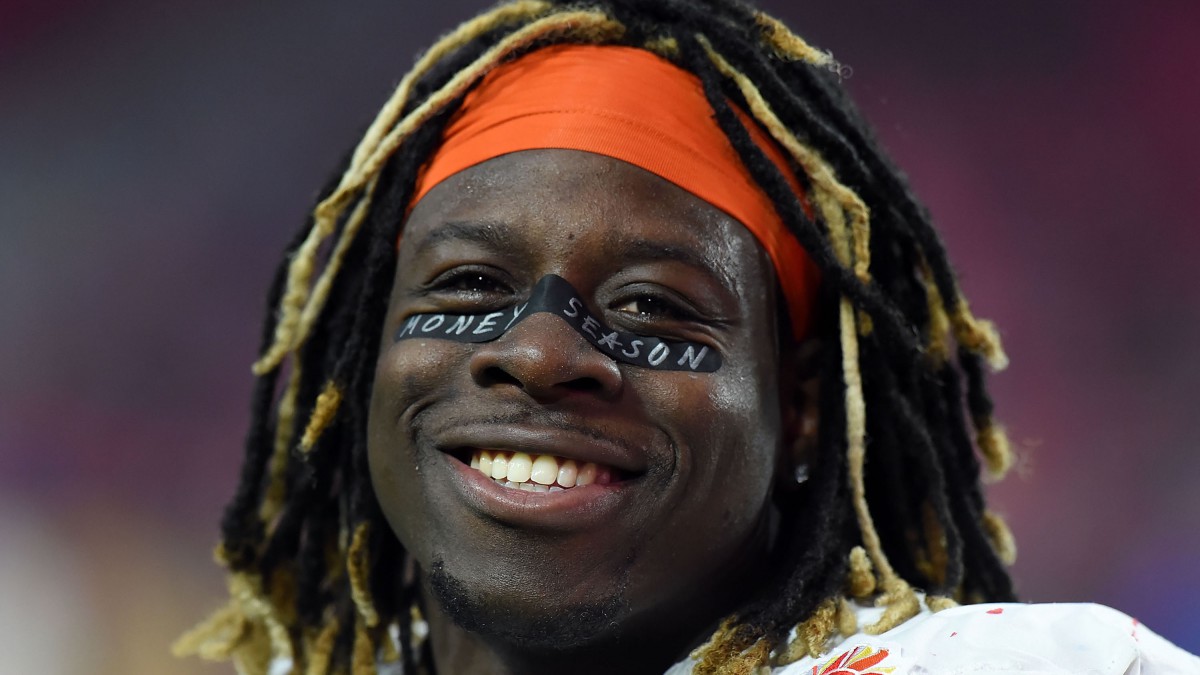 This is not an Eric Fisher kind of NFL draft. We’re all but assured there will be no plucky upstart of a first selection; scour the first rounds of mock drafts and you’ll spot hardly any players out of mid-major schools. There will be no scrambling this spring to form opinions of programs off the beaten path. Those underheralded kids of #MACtion and #FunBelt lore will stay beneath the radar for just a while longer.

For the casual NFL fan, this is the moment to strike and seize power at your next draft-centered social event. Don’t resist that impulse to take a sip of your drink, run a free hand through your hair, and start rattling off deep cuts. Anybody can have an opinion on Randy Gregory or Dante Fowler, and those thoughts are easily fact-checked by anyone with a smartphone. Wrest control of the conversation by bringing up guys nobody in your social circle may have ever seen play a down. And because you yourself may never have had the opportunity to watch these teams on national television, we’ve constructed this handy cheat sheet containing vital facts worth memorization, as well as several nonfacts that we made up. Go forth, and happy well actually–ing.

Who Is He? Start any conversation with this earlyish potential pick to lead your companions away from the Power 5. A little lankier than previous Broncos ground game star Doug Martin, Ajayi earned no rodent-based nicknames during his time on the blue turf, but displayed a keen awareness of what national audiences tune into Boise State football to see:

Bonus Nonfact: Closely related to Scandinavian royalty by marriage and is currently 17th in line for the Danish throne. 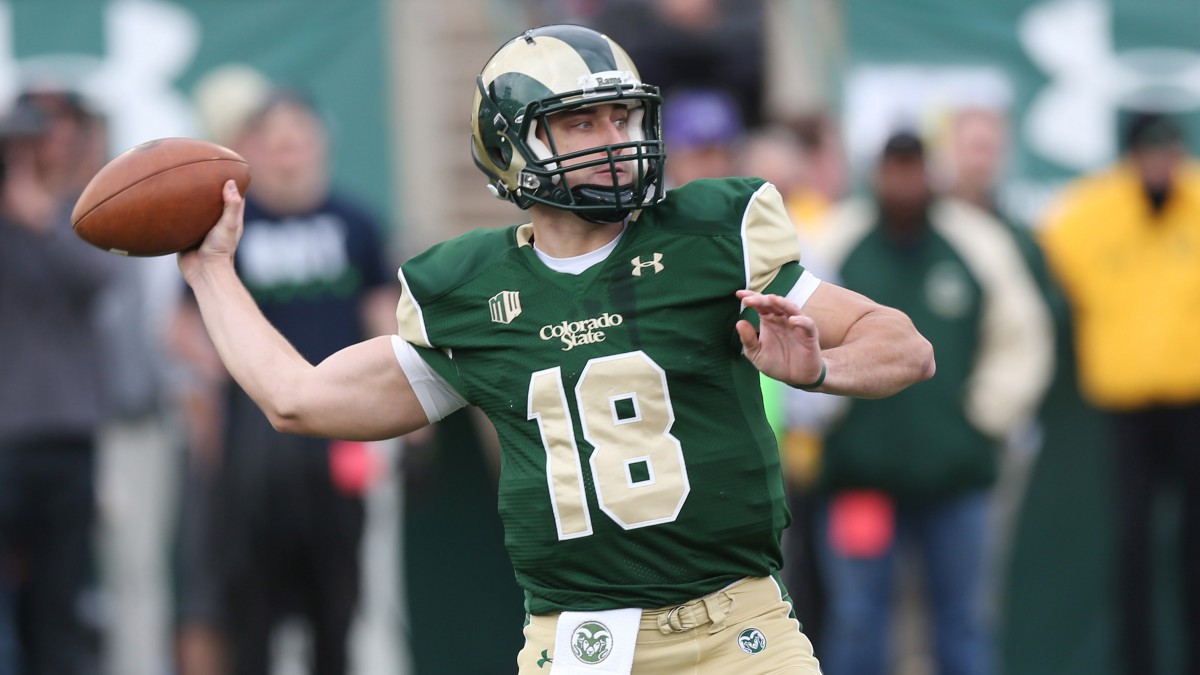 ESPN Says: Grayson is ranked as the third-best quarterback, trailing only Jameis Winston and Marcus Mariota, and ahead of Bryce Petty and Brett Hundley.

Bonus Nonfact: Comes from a family of alpaca farmers and is expected to take over the business when his playing days are done. 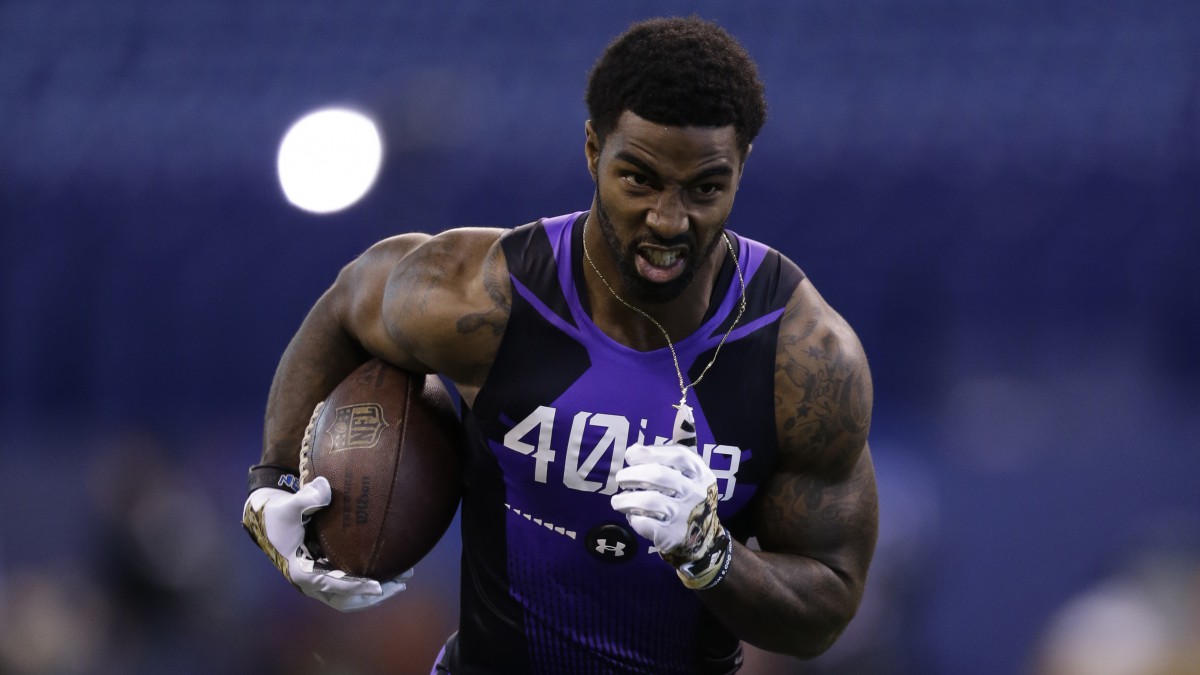 Who Is He? There’s an actual not-made-up noteworthy story here: Rollins spent four seasons on the RedHawks basketball team before trying a little football during his final year at school. It worked out OK for him: Rollins’s debut college football campaign saw him pull down seven interceptions and earn MAC defensive player of the year honors.

ESPN Says: “Excellent production in his only season CFB (9 PBUs, 7 INTs). Flashes playmaking instincts. Strong combination of size, strength and leaping ability to hold up in contested situations.” Rollins is ranked eighth in his position group.

Bonus Nonfact: Champion yodeler, and not shy about demonstrating it in public. 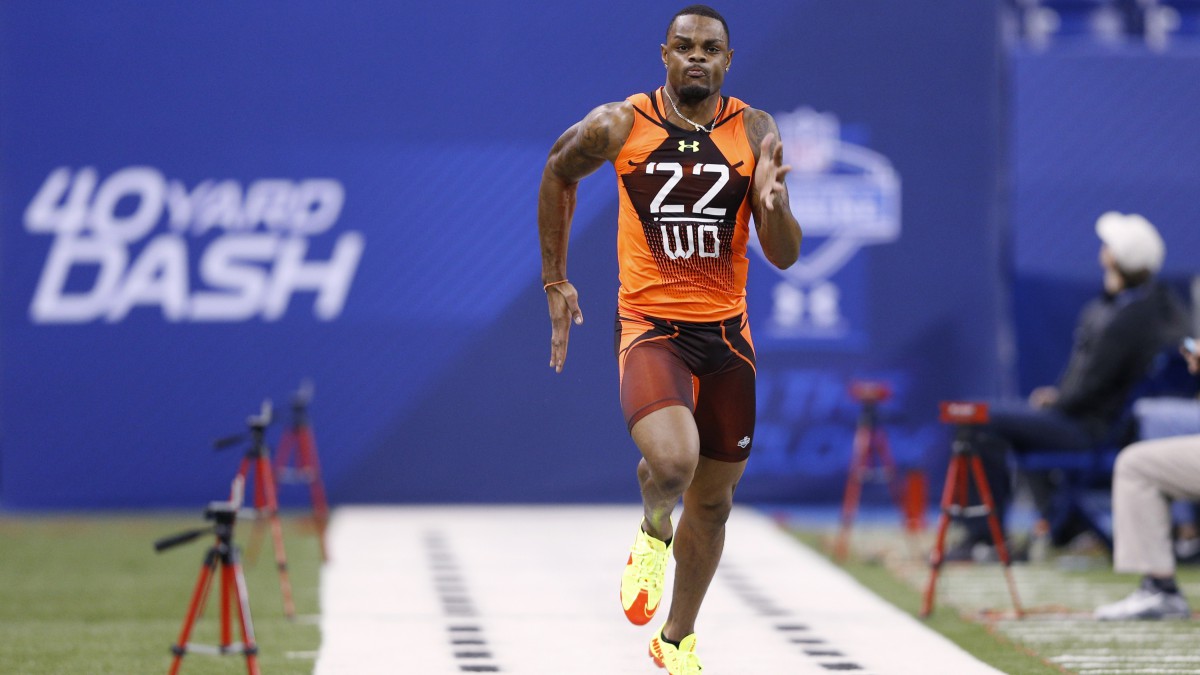 Who Is He? We had the pleasure of visiting Greenville this past season, in the middle of a nearly 1,500-yard receiving campaign for Hardy. (The throwing end of that tandem, Shane Carden, is another NFL hopeful this year.) He’d later take home the Burlsworth Trophy, awarded annually to the nation’s best former walk-on player.

ESPN Says: “Fearless and willing to do dirty work over middle. Doesn’t always come down with jump balls but not for lack of effort.” Hardy is the 14th-ranked receiver in this class.

Bonus Nonfact: Hardy took advantage of his school’s proximity to the Atlantic Ocean to design his own line of luxury swimwear, samples of which he gave away for free during his time at ECU to avoid NCAA entanglement. 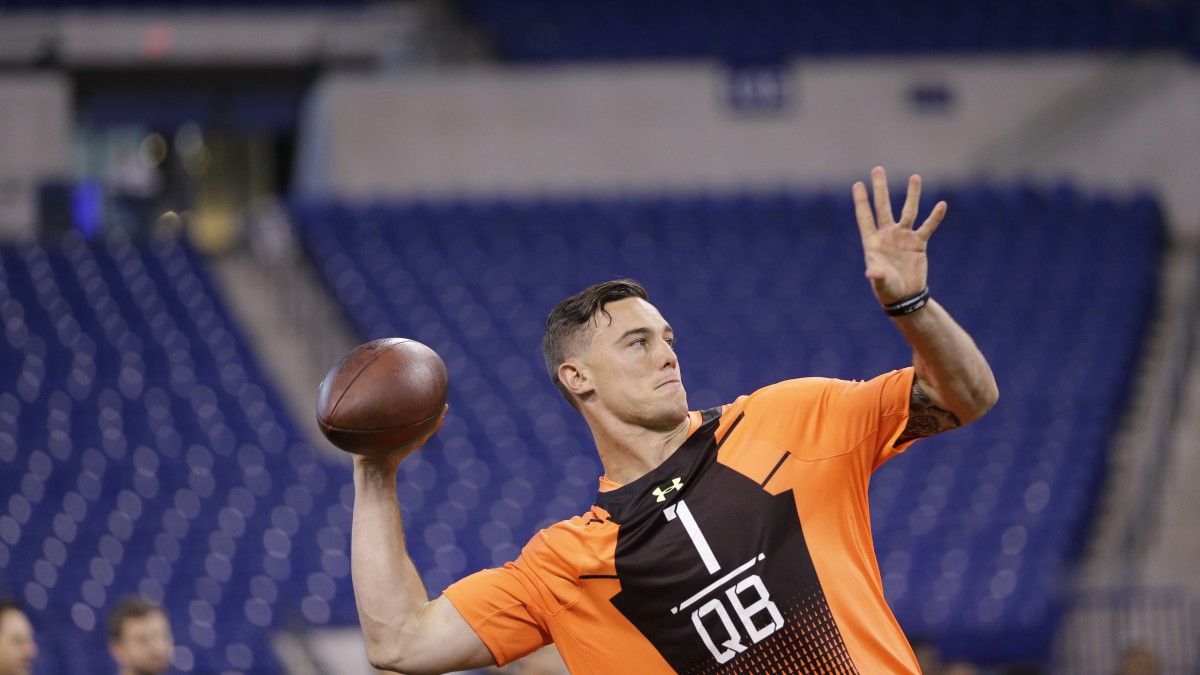 Who Is He? The unavoidably labeled Other Oregon Quarterback in this year’s draft pool, Bennett transferred to SLU in 2013, earning conference offensive player of the year honors in 2014, and never had to stop wearing virulent yellow and green.

ESPN Says: Bennett is the eighth-ranked player in his position group, and the highest-ranked FCS quarterback in the draft.

Bonus Nonfact: The ambidextrous Bennett can write beautifully with either hand, and he keeps his feet limber by practicing cursive writing with a pencil grasped between his toes in the offseason. 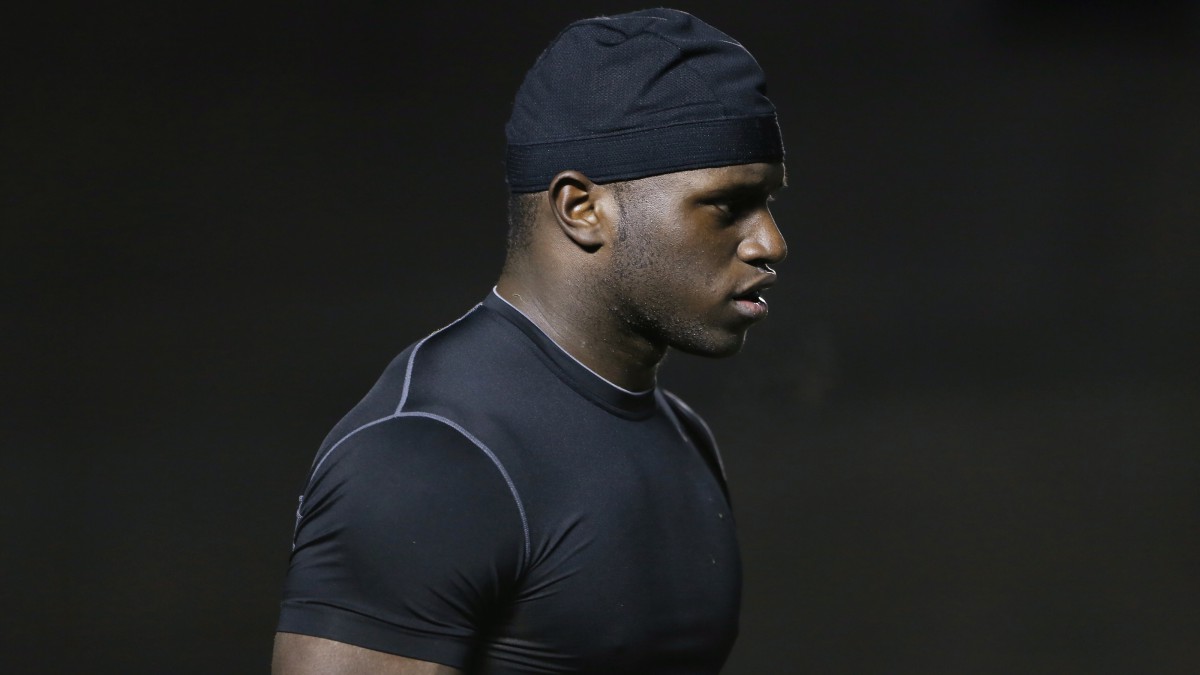 Who Is He? Not just a Harvard man — a Harvard philosophy major. And did you know that Florida State’s loss in the Rose Bowl left the Crimson as the only team at any level of Division I football not to lose a game last season? (Ivy League football teams don’t participate in the FCS playoffs, but quitting while you’re ahead is a sound business principle that will serve these young men well.)

ESPN Says: “Will have to adjust to making more complicated reads at the NFL level and will have to do so while adjusting to a substantial jump in speed.” Hodges ranks 17th among outside linebackers.

Bonus Nonfact: During his sophomore year, Hodges invented a cheap, clean, and easily replicable form of biofuel, the discovery of which was quickly suppressed by shadowy energy conglomerate concerns at the university. 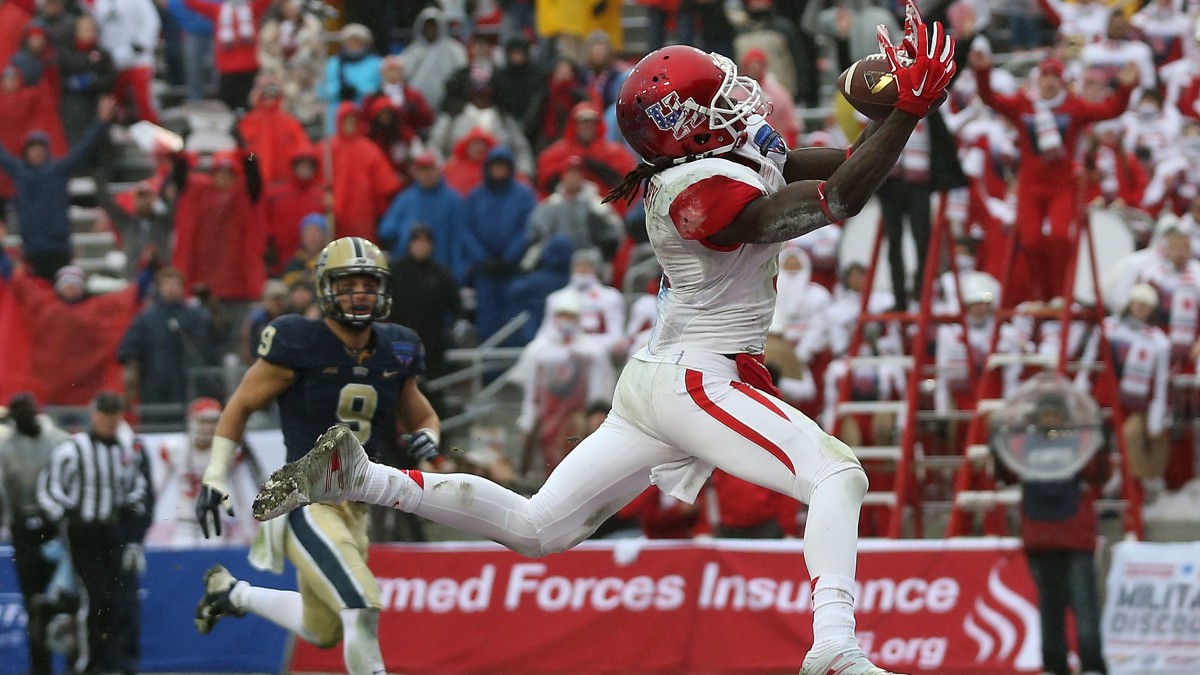 Who Is He? Once upon a time, halfway through the fourth quarter of this year’s Lockheed Martin Armed Forces Bowl, Pitt led Houston 34-13. Half a quarter of football and 22 Cougars points later, Houston emerged victorious, 35-34. The final touchdown and two-point conversion, both scored by Greenberry, occurred with less than a minute remaining on the clock. Let it never be said that leaving early for the draft meant not leaving it all on the field.

ESPN Says: He’s the 21st-ranked receiver in this year’s class.

Bonus Nonfact: A skilled pedal steel guitar player, Greenberry toured with Robert Earl Keen until the schedule began to interfere with summer workouts, and he still plays top-secret unannounced gigs in out-of-the-way music halls, just to keep the music flowing in his veins. 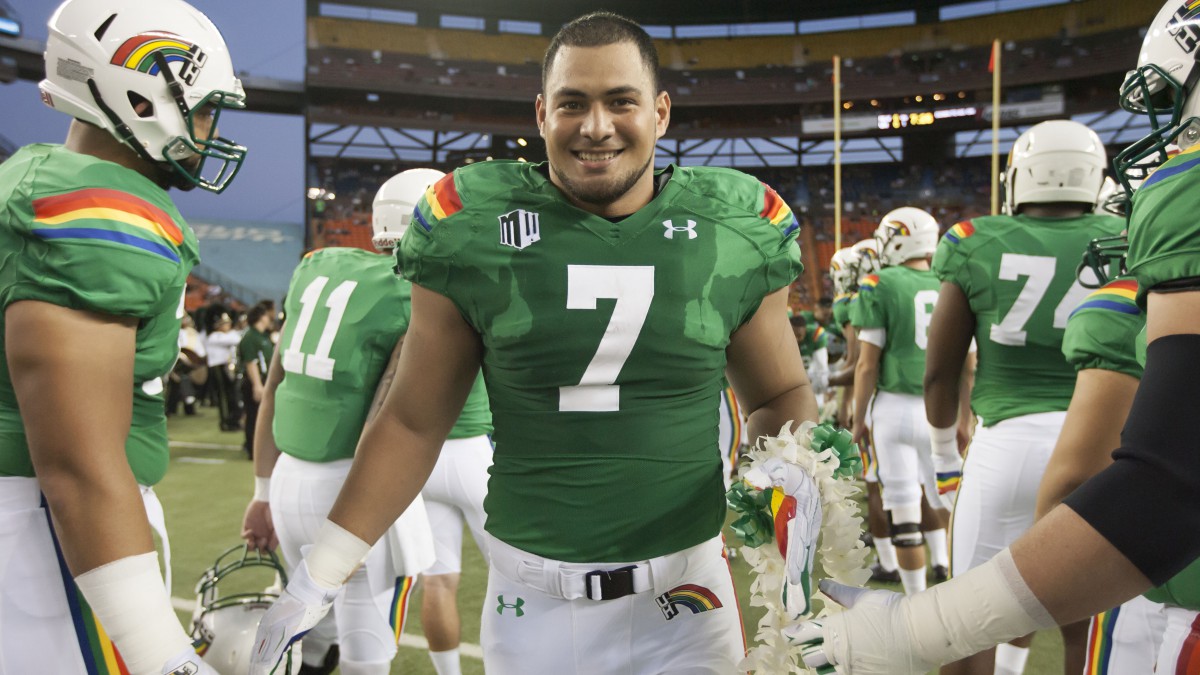 Who Is He? He missed seven games his senior season, first with a foot injury and then with a disciplinary suspension, but don’t let that stop you from lording his existence over your friends with kids who are never awake to watch Hawaii football. They do not know the dulcet tones of Robert Kekaula and have never seen Iosefa drag defenders into the end zone like a bipedal sled dog.

ESPN Says: Iosefa is a long shot on the ESPN draft rankings, 39th among running backs, but showed off his burly arms at the combine and has reportedly fielded feelers from several NFL teams, none of which has weather anywhere near as nice as Hawaii’s.

Bonus Nonfact: Iosefa is the sole heir to a massive kitchen-supply fortune but refuses to inherit because he disagrees with the company’s decision to continue manufacturing Styrofoam cups. He wants to shift the entire factory to recyclable grocery bags. Very touchy subject. Best not to ask. 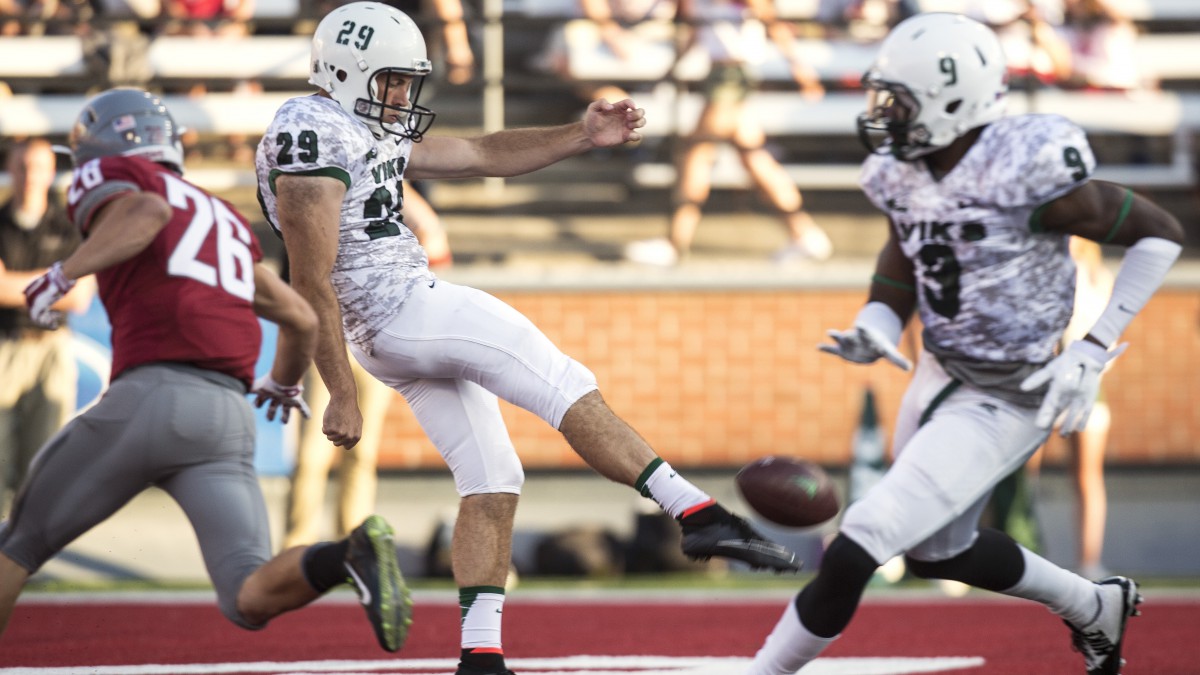 Who Is He? If Hau’oli Kikaha was your pick here, Loomis is your special-teams show pony. (You know, for all of those full-throated special-teams arguments that break out at fancy parties.) Not only can you name a prospective NFL player who’s a punter, he didn’t even play FBS ball. There is no deeper cut.

Bonus Nonfact: Injured in a training exercise during his time in the military, Loomis has one of the hips he was born with and one installed in an Army hospital using top-secret extraterrestrial metallurgy techniques not known to the general public, which allows his kicking leg to swing with greater flexibility and ease than legs of woman born. He avoided detection as a cyborg by selecting a smaller school upon his return to football. 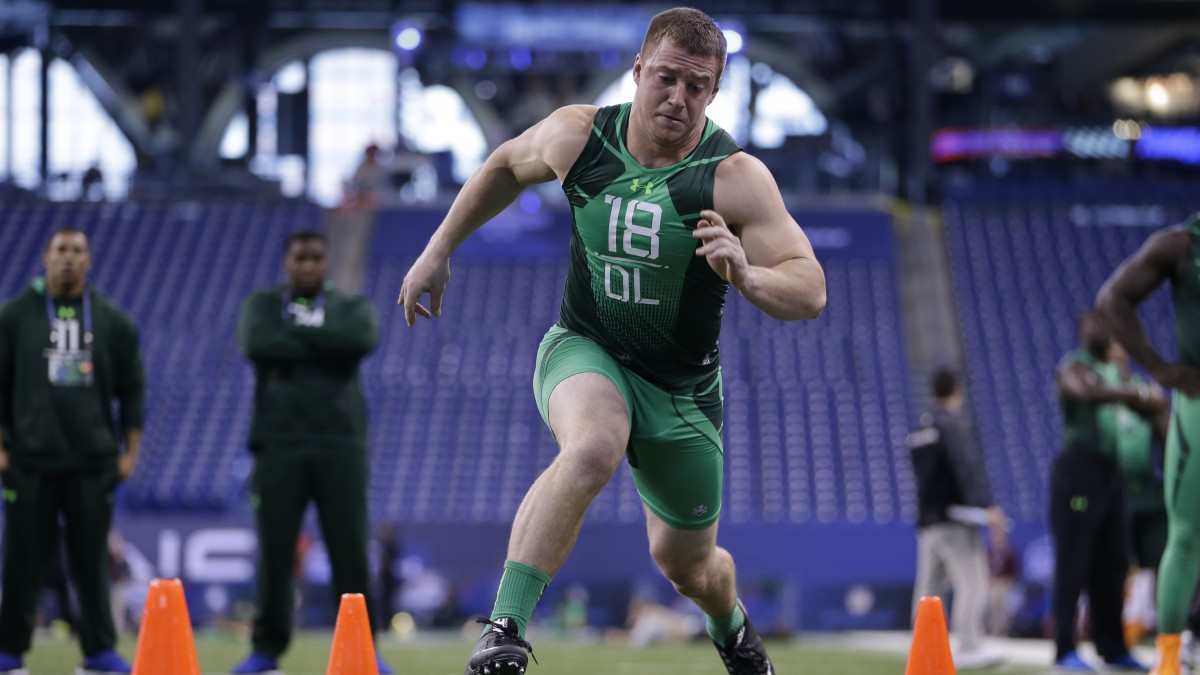 Who Is He? There’s a genuinely interesting psychological point of conversation here: What is the mind-set like for kids coming off this particular Bison team? NDSU has won the last four FCS national championships. Emanuel’s team lost all of three games during his college career. Does that prepare an athlete poorly to encounter failure in the real world, or prepare him really, really well to be a demigod?

Bonus Nonfact: There’s a breakfast special on the menu at the most popular pancake house on campus in Fargo. It’s named after Emanuel, but if you ask the waitresses about it, none of them can tell you what’s in it, and they all skitter away uncomfortably muttering something about “the prophecy.”