We Went There: The Nets Fight to Not Make the Playoffs, Ruin Children’s Lives 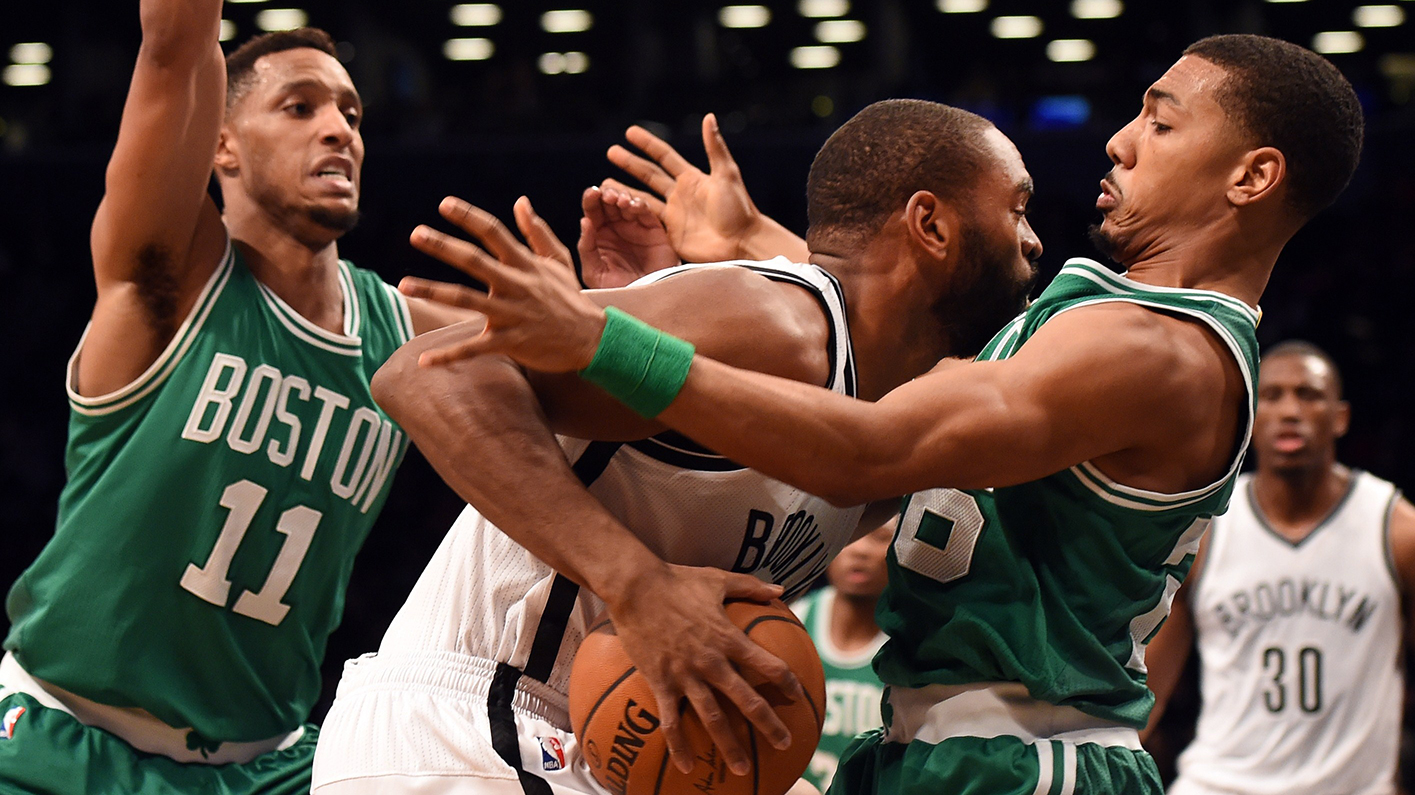 The only thing worse than children meeting their heroes is if those children happen to look up to professional basketball players from Brooklyn and meet those heroes before playing basketball themselves. I learned this in Brooklyn last night during a youth game at Barclays Center before a Celtics-Nets matchup.

So many chances to score, missed layups, shots not taken, and sloppy passes. There is no wonder why the outcome was as dire as it was. Sure, the effort was there, but it was clear something was missing. No one was playing inspired — in this, the biggest moment of their careers — as if no one knew who or what they were even playing for anymore.

When the game ended, the score was 0-0. No one scored. Not a single shot went in the basket. I couldn’t believe it. I was filled with disbelief. But it made sense, once I remembered what took place in the first half of that professional basketball game. A tie game at zero is what happens when the once-inspired youth of America don’t have heroes to look up to.

Imagine all that and then imagine watching as they allow Evan Turner to record a triple-double.

This isn’t just Evan Turner having a good night. This is peak Evan Turner. Confident Evan Turner. Save us from the bad guys and lead us to the promised land, holy shit you came back, Simba, please kill Scar ASAP Evan Turner. That’s what the Nets allowed against an almost-equally-bad-on-paper, also-gunning-for-the-eighth-seed Celtics team last night. Again, in front of the youth. The children.

For transparency’s sake, I should admit that I felt real joy imagining these Nets playing my Atlanta Hawks in the playoffs (as well as the joy of them tanking and then getting their draft pick). But I’m not a monster. My joy wasn’t more important than what happened to the children of Kings County last night. Yes, watching Joe Johnson walk down the court and miss eight of his 11 shots was a delight, but not when there are kids in Joe Johnson jerseys realizing that their hero hates nothing more than playing basketball.

Usually it’s the Hawks who are begging to get an early summer vacation, then accidentally finding themselves in the playoffs, all the while scarring yet another generation of kids who happen to be born in the 404 area code. But now that the tables have turned, I’m shocked that my urge isn’t to talk trash. All I’ve got in my heart is sadness.

‘The Ropes’ Podcast: Talking Mayweather-Pacquiao and More With Chris Algieri and Robert Garcia