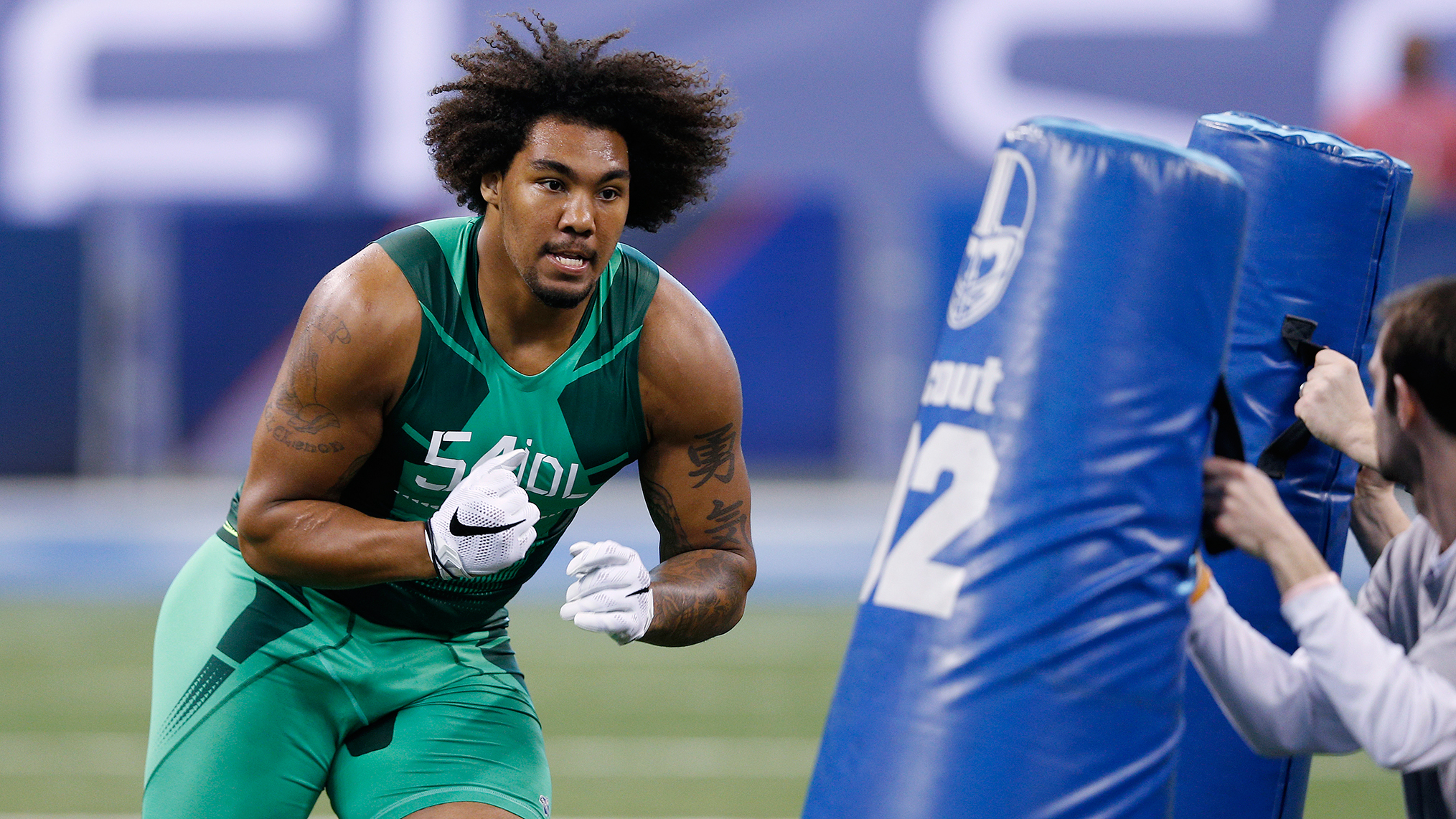 Almost every year, we ask who the best player in the NFL draft is. Inherent value lifts quarterbacks to the top spot all the time, but often, someone else is actually the most intriguing option. Enter Leonard Williams, a 6-foot-5, 302-pound lineman wrecker with Sideshow Bob’s hair and Richard Seymour’s game.

Williams did everything on USC’s defensive line last season, and I mean everything. He played end, nose tackle, and every spot in between. A few years ago, there’s a chance Williams’s versatility would have been framed as a bad thing. Linemen who didn’t fit neatly at either defensive tackle or defensive end were looked at as flawed. But with more and more teams using multiple defensive fronts, and with a run of excellent position-flexible linemen dotting some of the league’s best defenses, Williams is the perfect fit in the modern NFL.

Part of that projection involves how weirdly excellent Williams is at two-gapping offensive linemen against the run. His ability to stick blockers, locate the ball, discard a 300-pound man like a candy bar wrapper, and yank down a running back 2 yards deep in the backfield is a talent most 20-year-olds don’t have. That part of his game is Watt-ian.

Physically, Williams is damn impressive — strong enough to hold up against double-teams, quick enough to play outside and down the line of scrimmage — but his awareness is on a different level. “Heavy hands” is a term scouts use often with defensive linemen, meaning that when they punch a blocker in the chest, or use a club move, the blocker is moving. Williams might as well have rocks in his gloves. He jolts blockers constantly, easily allowing him to toss them away when he’s done.

If we’re nitpicking — and when talking about the possible no. 2 pick in the draft, we should — there are a few areas where Williams has some work to do. Like a lot of tall interior linemen, he can play a little high at times, especially when he’s looking for run and a team drops back to throw. And his pass rushing could use a little work. Leave him single-blocked with enough time, and he’s eventually getting to the quarterback. But at this point, he’s not consistently taking offensive tackles on the edge.

Still, that he can even play out there, while many are evaluating him as a defensive tackle, is a terrifying proposition. So is learning that he played on a high-ankle sprain for most of his final year at USC. When we get past the quarterbacks, this guy might be as good as they come this year.

The NBA’s Furious 17: Capturing the Noncontenders’ State of Mind