MLB Trade Deadline Prep: How to Participate in Hug Watch 2015 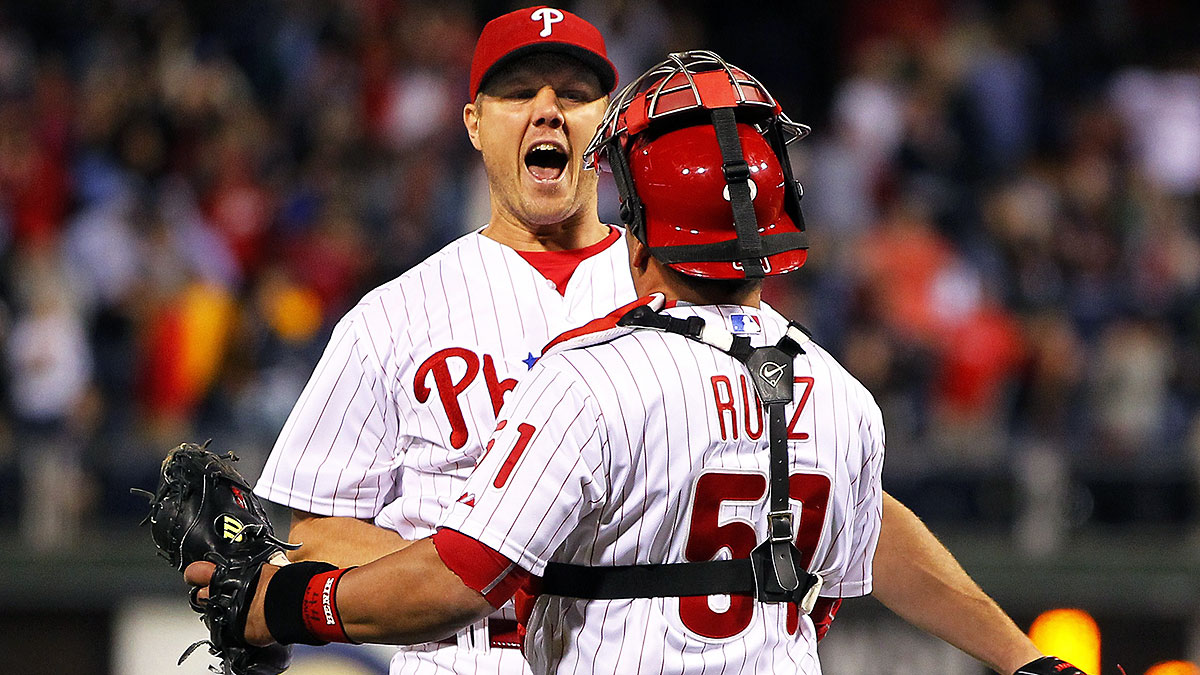 In the days leading up to the July 31 trade deadline, baseball’s online community engages in the annual tradition of Hug Watch. Unlike the NHL’s excellent tradition of players touching each other after every game, which is largely an opportunity for Milan Lucic to threaten to kill people, Hug Watch is much more complicated.

It’s not uncommon for baseball players to be traded during games, so when a trade is close to being consummated, hundreds of thousands of fans watch the dozens of games that take place among MLB teams and their affiliated minor league clubs, looking for signs that the deal is done. Sometimes this involves a minor leaguer being pulled from a game unexpectedly. Other times, it involves major league players leaving the game to hugs and handshakes from teammates in one last gesture of camaraderie. In short, ballplayers hug each other for the same reason parents hug their children: in the hope that the person on the other end of the hug will go away and be replaced by someone better.

So to better understand the nuances of baseball’s hugging culture and prepare to monitor all relevant activity this week, let’s examine what different forms of nonverbal communication mean.

“Hey, fellas, we got traded. Yeah, I’ve got your number — we’ll come visit the next time we’re in Chicago. All right, take care of yourselves — we’ll miss you, too.”

“Wow, you’re so much bigger than I am! This is great — now I can use you as shade on our jog back to the dugout. I hope they never trade you.”

“Does Detroit have prospects?”

“It’s not a great system, but they might be able to work something out.”

“HA! I got all of you to fall for that fake Buster Olney Twitter account! What a bunch of suckers! Johnny Cueto coming here for two no-name prospects? Man, you guys will believe anything!”

“I hate playing here so much I’m going to tackle Dom Brown and sit on his head until I get traded! You hear me, Ruben? Trade me or the kid gets it!”

“I’m sorry that I’m the one to tell you this, Emma, but we’ve decided to make a change. We’re trading you to San Francisco for another teenager. You might know her — Madison, from your fourth-period history class? Anyway, congratulations, you’re a Giants fan now.”

“Congratulations, Jimmy, on being traded.”

“Wait, what do you mean? We’re in first place and I’m playing great and everyone’s happy! Why would I be traded?”

“Four years from now. You will be traded.”

“How can you know that?”

“Because I’m actually Mike Sweeney” [Sweeney steps back, eyes turn to pinwheels] “FROM THE FUTURE.”

Adam Jones and Chris Davis: Getting to the Truth

Gone Baby Gone: Boston Tells the Olympics to Get Bent