(Cataract-Covered) Eye of the Tiger: Is Detroit’s Time As the Alpha Cat Over? 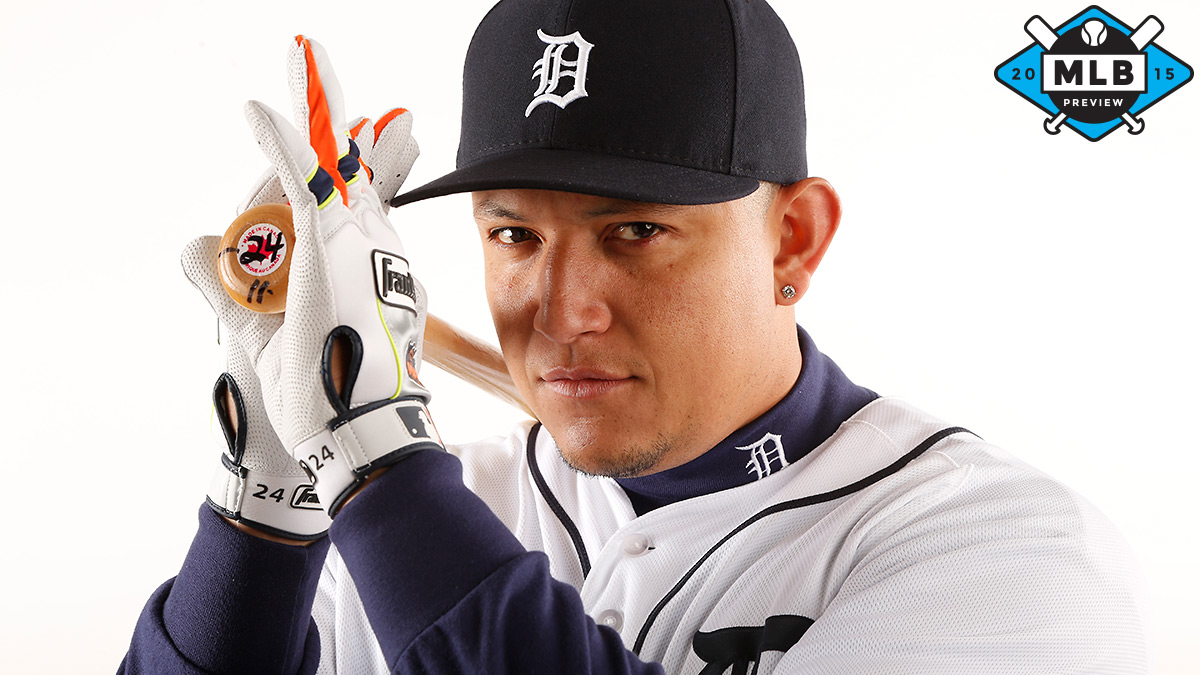 Over the past four years, the Detroit Tigers have been Major League Baseball’s most successful team, winning 366 games and four straight division titles, making three trips to the ALCS, and claiming one pennant. Well — the most successful team if you don’t count World Series victories, which is a hell of a caveat.

Still, the playoffs are a crapshoot, and the Tigers have dominated during the regular season. And now, like any team that’s been so successful for so long, they’re changing, swapping parts while trying to maintain the whole. When individual cells in the human body die and are replaced, a person retains his or her identity, and it’s theoretically possible for a baseball team to mimic that cycle of regeneration forever. Certain teams, like the 1947-58 Yankees and the 1991-2005 Braves, kept the evolution going for a generation. But most teams, like most individuals, grow old and die no matter how many cells they replace.

Are the Tigers at that point?

The most obvious parallel to draw is the 2007-11 Phillies, who also ran off a string of division titles by assembling the kind of rotation that seems outside the realm of possibility until you see it in action. Both the Tigers and the Phillies had as many as four Cy Young–quality starters, plus one of the half-dozen best position players in baseball, and a few other MVP-quality or near-MVP-quality position players besides. Both overcame shaky bullpens, and both were somewhat fortunate to hit their peak while the rest of the division was down.

The comparison starts to get scary when we consider what undid the Phillies. Their first-among-equals ace finally wore down and fell apart, while other key players left via trade or free agency, and still others aged out of their prime and became merely very good, and sometimes worse. And their farm systems, raided for prospects as trade fodder to bolster the team in the short term, were unable to provide adequate reinforcements.

Some of that might sound familiar to the folks in Detroit. Tigers fans must be worried about the Justin Verlander they’ve seen over the past two years, considering that he’s thrown the sixth-most innings of any major league pitcher over the past decade (and that’s actually worse than it sounds, since only 11.1 of those innings came in 2005). They must be worried that Miguel Cabrera, now on the wrong side of 30, was only a five-win player last year, which is both an alarming turn and a testament to how good Cabrera was before. They must be wondering if J.D. Martinez is for real, and whether Jose Iglesias’s shins will hold up, and when concussions might derail Alex Avila’s career, if they haven’t already.

And with the Royals having just won the pennant, the Indians looking better than even their 85-win squad from last year, and the White Sox having assembled what could be the best pitching staff in the division, these questions turn from nuisances to potentially fatal faults. Any Tigers fan who hasn’t taken complete leave of his or her senses knows this.

What nobody knows is how bad it’s going to be, and that’s the whole proverbial ballgame. The projections aren’t as panicky as the fans, which is something: PECOTA has the Tigers as a two-game favorite over Cleveland, with ZiPS putting the two in a practical dead heat.

What is clear is that 2015 will largely be a rearguard action for Detroit. There’s no longer the optimism that existed when the rotation was Good Verlander, Max Scherzer, Anibal Sanchez, Doug Fister, and either Rick Porcello or Drew Smyly. David Price is about as good of a replacement as the Tigers could get, but everyone other than Sanchez and Verlander is gone, and after next season, it looks like Price will be, too. We’re at the fascinating intersection of one team on the decline and another (at least — it could be as many as three) finally putting together a contender. Can the challengers topple the incumbent?

Given that the season hasn’t started yet, I feel comfortable saying three things: (1) I agree with the projections insofar as they think the AL Central race is going to be close; (2) if everything goes right for every team, the Tigers are still the best squad in the division; (3) I don’t think everything’s going to go right for the Tigers this year.

As someone who spent a lot of time drinking alone and listening to Elliott Smith because of the 2012 Phillies, trust me when I tell you that when a team has that many thirtysomethings in its lineup, it’s very unlikely that nobody will get seriously hurt and that nobody will suffer a serious decline. Like any mechanism with so many moving parts, the human body wears down over time, and eventually reaches a point of no return. Most teams can deal with that happening to one guy, but when it’s three or four at once, there’s no turning back.

Like individual human beings, baseball teams can temporarily stave off the ravages of time if they try hard enough. So, maybe the Tigers have another run in them. They certainly deserve another shot, considering that unlike those Phillies, Braves, and Yankees teams, they haven’t won a World Series in this stretch of success. But any respite would be temporary, because only time is undefeated.

‘The Lowe Post’ Podcast: J.J. Redick on the Clippers, the MVP Race, and His Acting Debut

Cat’s Cradle: Kentucky Puts Another Victim to Sleep, and a Nightmare Looms in Indiana