Variance and Value: Why Chris Davis Might Be the Most Important Man in the 2015 MLB Pennant Race 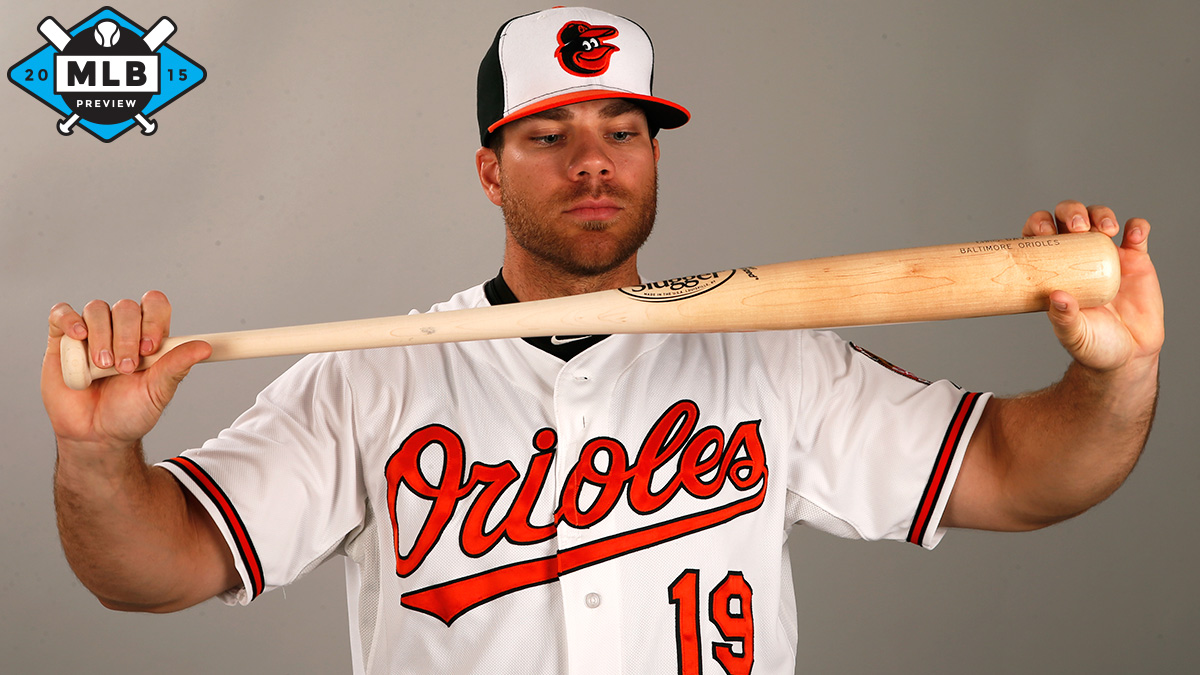 Awards season is an annual festival held by baseball writers to honor the gods of subjectivity. Come September, when it has once again become obvious that, by any reasonable measure, Mike Trout is the best player in baseball, we’ll gather and toss offerings onto the pyre in the form of creative definitions of the word “valuable.”

The arguments are as predictable as they are varied, and you’ll find yourself chanting along after learning them by rote, the way you mumble through the Nicene Creed when you’re not paying attention in Mass. “He will come again in glory to judge the living and the dead, and determine that if your team doesn’t make the playoffs, you have no value …”

That sort of thing.

But here’s the thing: Just as scientific certainty has taken a lot of the joy and wonder out of the world for some people, the relative quantitative certainty that has characterized post-Moneyball baseball culture has taken some of the fun out of these debates. We know who’s most valuable, particularly in a world where Trout and Clayton Kershaw exist, and even when there is uncertainty, the only debates that are actually useful hinge on the methodological purity of measures of WAR, defense, and catcher framing. And holy shit, if you thought the unending parsing of the word “valuable” led to a combination of nasty and soporific that you hadn’t previously thought possible, prepare to have your world rocked.

All of this is a long way of saying that in order to have any fun in a debate over value anymore, we actually have to debate something else and pretend we’re talking about value.

So let’s debate something else.

Predicting who’s going to win each league’s MVP is pretty straightforward, but while replacement level and average are as useful as theoretical constructs come, leagues and teams in the real world are built in such a way that the most objectively valuable player might not have the largest affect on the pennant race.

For instance, we’re relatively sure that Kershaw is going to be, if not the best pitcher in baseball, at least close to it. There’s not a huge amount of variance in what to reasonably expect. But even if there were — even if Kershaw were abducted by aliens next week — the Dodgers are so much better than their division rivals that I don’t think it would make a huge difference in how the NL West shook out.

But there are other players who have the potential to put up either an All-Star season or explode messily all over the place, and who play for a team that could itself achieve any of a widely varied set of outcomes while competing in a division full of similar teams. For those teams, a five-win swing could mean the difference between first place and third or fourth.

If you want to define “valuable” that way, the man you’re looking for might be Chris Davis.

Yes, Chris Davis, the titanic Texan who spent his early twenties struggling to make enough contact to unlock his uncommon power before ascending to stardom in a chariot of fire upon his arrival in Baltimore, where he hit 33 home runs in 2012, then 53 in 2013 en route to a third-place finish in the real MVP voting.

But as quickly as he was elevated, he was laid low in 2014 by several factors, and as much as I’m inclined to write off any power hitter who suffers a sudden and serious decline as he nears 30, I’m not convinced that any single flaw is fatal in Davis’s case.

In fact, I’m not convinced Davis’s 2014 was even all that bad. We fixate on two figures: the 25-game suspension for amphetamine usage and the .196 batting average. But here’s why neither one really matters that much. First, the suspension is almost over: Davis will only miss Opening Day after serving 24 games between last September and the playoffs. Second, Davis won’t miss any physical or mental boost he was getting from his illicit Adderall use last year. You know how I know this? Because Major League Baseball is letting him use it openly this year, thanks to a therapeutic use exemption that he enjoyed until the 2013 season and had restored this offseason. So if you’re out there screaming, “Nah, bro, he’s off the juice now — he’ll suck,” you can be seated, please.

Now, on to the batting average, which overstates the problem. Because .200 is a round number, and because Mario Mendoza is baseball’s Prometheus, destined to be chained to a rock and tormented for all eternity because of his eponymous line, a .196 batting average feels a lot worse than a .204 batting average would. And even considering that, .196 isn’t that bad for a player like Davis, who draws a bunch of walks (his 11.0 percent walk rate since 2013 is 22nd among qualified hitters) and who hits for a lot of power (his .287 ISO over that same time frame is tops). Davis can still be a roughly league-average hitter while hitting .196, and he was last year, with a wRC+ of 94, which isn’t good for a first baseman, but which was better than the figure delivered by Ben Revere, who outhit Davis by 110 batting average points. All told, Davis was somewhere around a one-win player in 2014, which is below average, but not as bad as most people probably thought. 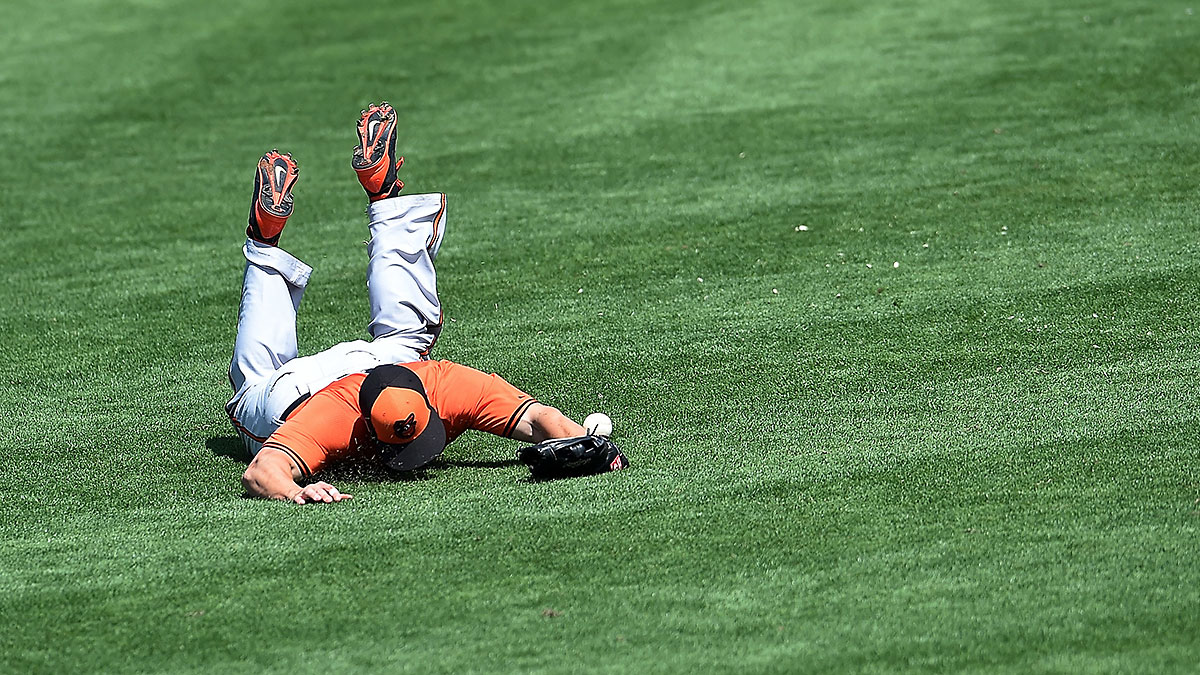 But he also suffered a drop in BABIP of almost 100 points, despite hitting slightly more line drives, on a rate basis, than he did in 2012 or 2013. That’s a spear through the liver for a player like Davis, who lives and dies with his bat. Even if he’s getting older, slower, and weaker, he’s got to get at least some of that back in 2015.

Actually, on second thought, he doesn’t. Time moves one way for guys like Davis — just look at what happened to Ryan Howard and what appears to be happening to Prince Fielder — and maybe if he’s physically the same as he was last year, getting popped for stimulants will jack with his mojo a little. I know it would with me.

Davis’s 2014 could be anywhere from an aberration to an omen, and that variance is what makes him so fascinating. Given that the Orioles are in a division in which all five teams could make a run at the wild card or more, it’s never been more important to know which player Davis really is. If Davis is back to 2013 form, he could alleviate the wounds of the departure of Nelson Cruz or the continuing injury woes of Matt Wieters. If he’s not, the Orioles could be in trouble.

Here’s what’s behind Davis on the depth chart in Baltimore: a pair of former South Carolina Gamecocks, Steve Pearce and Christian Walker. Pearce is himself on the high-variance express after his remarkable age-31 breakout, and even if he really is the player he appeared to be last year, the Orioles are going to need him at DH or to caddie for Travis Snider or Delmon Young in an outfield corner. Walker is a nice player, but he’s a smallish first baseman with all of 19 major league plate appearances, and he doesn’t hit for much power. Even if he reaches his full potential, a first baseman who doesn’t hit for power is only so useful.

Both ZiPS and PECOTA predict the Orioles to finish around .500, with Davis chipping in about two wins. If he’s a six-win player instead, that’s a mid-80s-win team with a bullpen and a manager who have consistently combined to help the team punch above its weight. If Davis is really on the back end of his career and he (or Bad Pearce or Bad Walker) is replacement level, the Orioles are going to finish fourth.

There are dozens of high-variance players on high-variance teams in high-variance divisions, each with the potential to lift his team to the playoffs or send it to the cellar. As great as players like Trout and Kershaw are, they won’t be the ones to determine who goes to the postseason. Guys like Davis will.

A Playoff Problem: If the Celtics Are Trying to Rebuild, Then Why the Postseason Push?