Weekend Box Office: Elysium Crash-Lands at the No. 1 Spot 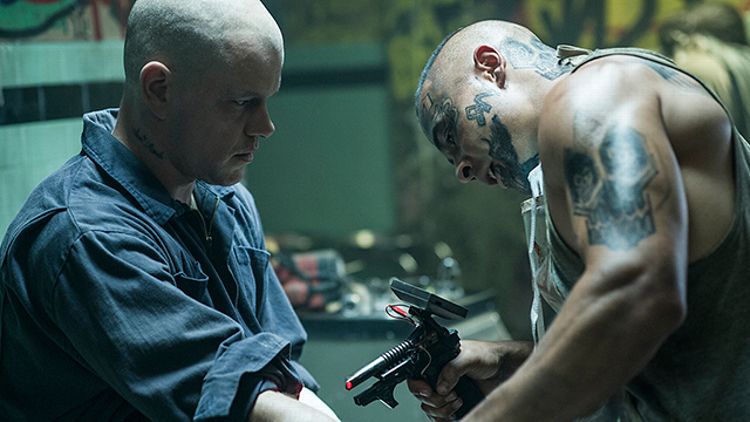 Elysium is Neill Blomkamp’s follow-up to his debut, District 9, which came out of nowhere in 2009 to make serious money and even snag a Best Picture nomination. Appropriately, the follow-up is right in line with Hollywood’s embrace of the young Blomkamp: Now he gets stars — Matt Damon and Jodie Foster play ball with District 9’s Sharlto Copley, who apparently has spent the years since District 9 P90X-ing — and a big-time budget. The problem is, with a bigger sandlot to play in comes higher expectations. And so it’s not a good sign that, despite managing to top the weekend box office, Elysium actually underperformed on District 9’s opening weekend.

As Forbes reports, Elysium managed $30 million compared to District 9’s $37 million. And while the latter was made on a paltry $30 million budget, Elysium cost between $90 million and $115 million. Getting down to the nitty-gritty, Forbes says, “the best case scenario in America is that it equals the 3.1x weekend-to-final multiplier of District 9 and ends with $95 million. More likely, we’re looking at a 2.75x weekend-to-total, for an $84 million finish, which isn’t a wash if overseas business picks up the slack (it made $10.9m in 17 markets this weekend).” But after the opening slate, it’s looking increasingly like Elysium will join this summer’s brutal stretch of flops and underperforming blockbusters.

Now, as has been pointed out, Blomkamp deserves significant commendation for wagering on an original blockbuster concept, rather than just going for another round on District 9 or taking on whatever reboot Hollywood dangled in front of him. But that doesn’t mean you should feel bad for the guy. Elysium, as Wesley Morris writes, just isn’t that good: “Elysium is a[n] … intermittently entertaining diversion that wants you to think without having to overthink … It wants you to be irate at such abstract injustices as social and economic inequality while perhaps not noticing that the movie itself is situated upon a version of that very imbalance. It’s adventurous and aggravatingly conventional at the same time, full of both allegorical ideas about revolution and cute kids pulling at the coattails of grown men.” Or, in other words: Elysium, I served with District 9. I knew District 9. District 9 was a friend of mine. Elysium, you’re no District 9.

Afternoon Links: Things Might Not Go So Smoothly for Carrie and Brody in Homeland Season 3