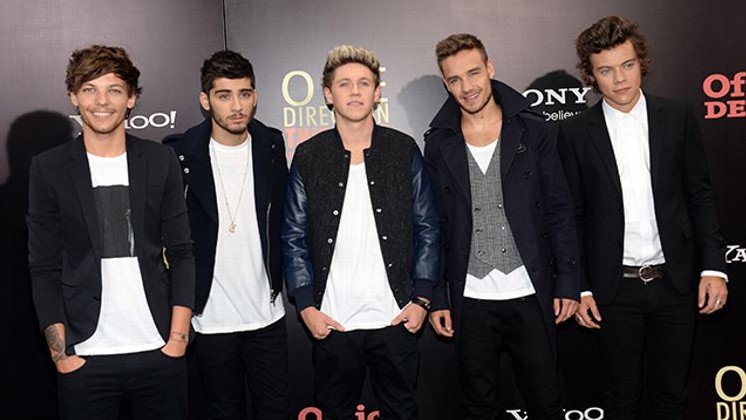 If you had any doubts left that One Direction was, indeed, a “thing,” shed those aside now: The teen pop quintet’s concert documentary, One Direction: This Is Us, took the three-day holiday box office with $17 million. Directed by erstwhile social crusader Morgan Spurlock and produced on a sensible $10 million, the concert flick shows the hunger for One D has some staying power. As THR points out, the numbers aren’t quiet Bieber-esque (Never Say Never did $29.5 million in 2011) or Miley Cyrus-y (Hannah Montana: Best of Both Worlds, all the way back in 2008, managed a record $31 million). But they sure make Katy Perry, and the $7.2 million that Part of Me managed, look like a damn fool. Scream along now: AND WE DANCED ALL NIGHT TO THE BEST SONG EVER …

And still! When all is said and done, The Butler, which has gone back-to-back no. 1 at the box office, could edge out the Brits for the official four-day weekend haul. That’d make it, according to THR, “the first film of 2013 to come in no. 1 three weekends in a row, [with a] projected domestic gross through Sunday [of] an impressive $78.7 million.” Oprah is the original One Direction.

Elsewhere: Ethan Hawke and Selena Gomez’s Taken homage, Getaway, went basically unwatched, with just $5.5 million; Eric Bana’s Closed Circuit went even more unwatched, with just $3.5 million; and the Spanish-language comedy Instructions Not Included, with its A-plus Cinemascore and nearly $10 million projected for the four-day weekend, just managed the biggest opening ever for a Spanish-language movie in North America. What is Instructions Not Included? Your guess is as good as mine! It’s a true out-of–left field, underdog tale. And, somewhere out there, Pedro Almodovar has just pinned Instructions Not Included’s picture to a dartboard.

Afternoon Links: In Case You Are Forced to See Getaway This Weekend, Here's What You Need to Know