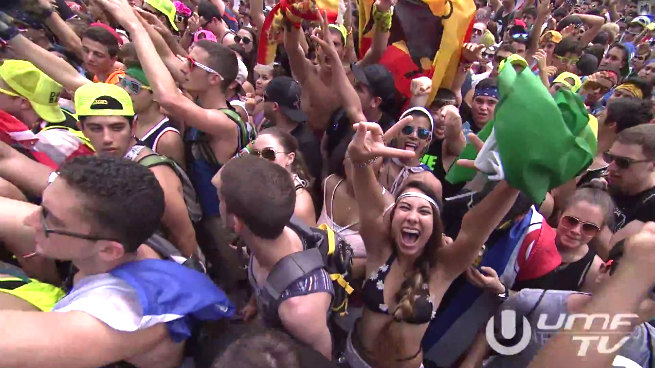 Ultra Music Festival is an electronic music festival that started in 1999 to coincide with the annual Winter Music Conference in Miami. The first UMF was a one-day affair with Rabbit in the Moon and Miami bass legend DJ Baby Anne. Each year since then, Ultra has increased in size and profile, and its bookings have shifted to reflect the recent mainstreaming of EDM — electronic dance music — into American music. This year’s lineup was heavy on Dutch guys, most of whom make what the documentary Dutch Influence termed “bleep bloop” music. 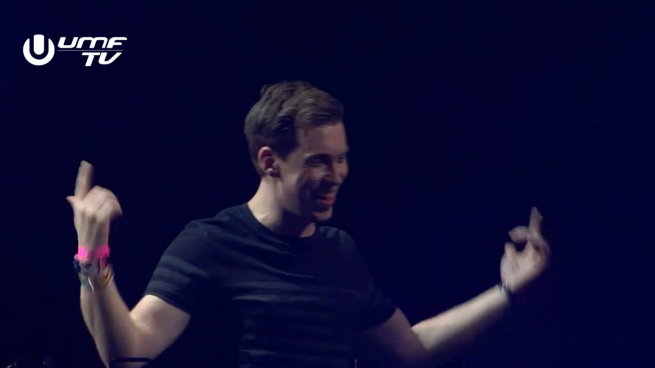 A Dutch bro, doubling up doing the DJ point

There are also acts like MGMT and Waka Flocka on the bill, but the main draw here is throbbing techno. As in previous years, UMF was simulcast on YouTube for all three days. I tuned in on Sunday, ostensibly just to watch Skrillex, who actually premiered a new duo with Diplo called Jack U. But I ended up keeping the stream on in the background all day, because it allowed me to do my favorite thing in the world: people-watch strangers! Because the DJs are, for the most part, so utterly bland-looking, the crowd is the real star of Ultra. The audience members come from all over the world to dress up in their raver finest and get ethereal to secular inspirational music composed on machines. 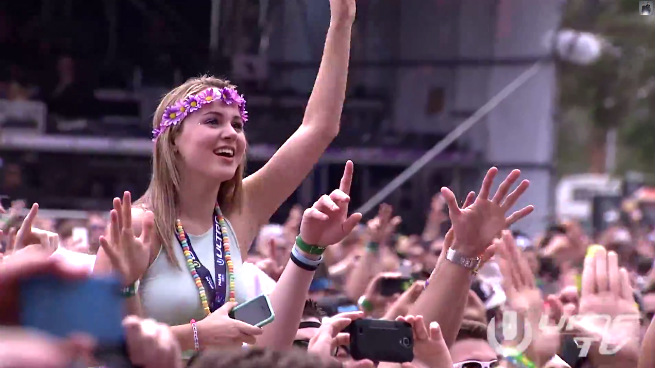 I could not stop smiling the entire time. It may have been because a lot of the synth sounds are legitimately silly, but it’s also just fun to observe a summer music festival from a distance. While you miss everything visceral about the live music experience, you get something else in exchange. There are no $10 bottles of water to buy or threat of exhaustion from walking around all day. You control the UMF experience from the comfort of your own home, turning the sweatiest experience possible into a very antiseptic one. 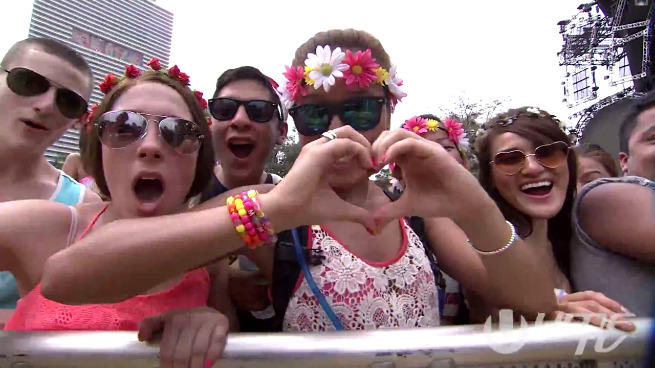 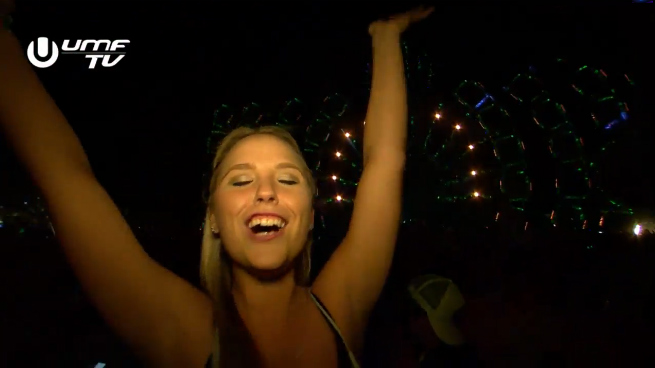 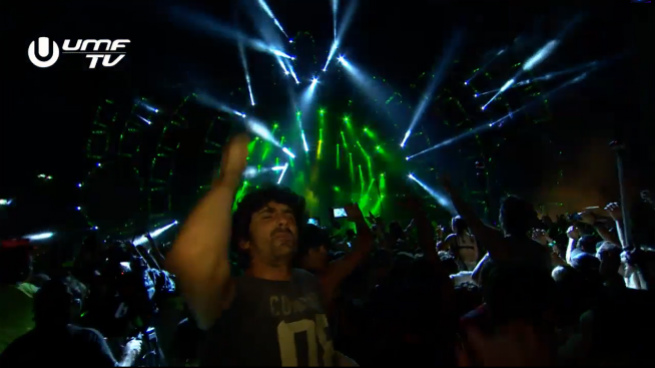 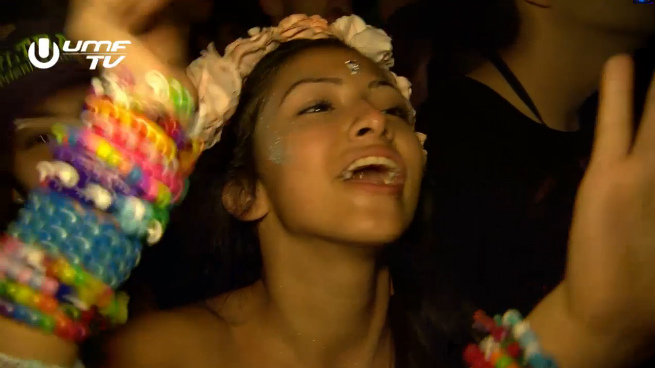 It’s less a direct re-creation of the festival experience and more like a cyberpunk fantasy about what going to a rave ought to be like. A highlight of the day was headliner Hardwell, a Clay Aiken–lookin’-ass Dutch bro, dropping a Francisco Lozano remix of Lana Del Rey’s “Young and Beautiful” (a.k.a. Kimye’s engagement song) while the camera panned to faces in the crowd singing along with theatrical sadness in anticipation of even more bliss. 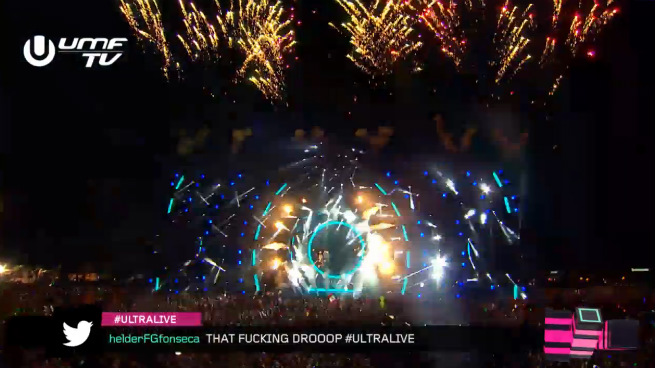 The nonstop pounding of Morse code bass can get exhausting eventually, especially since EDM sets have so many climaxes piled on top of each other. Viewing remotely is the cheapest VIP experience possible. I could check in with the crowd and the DJs anytime I liked, but I could also unplug if I wanted to. Maybe this is the kind of thing Facebook is hoping I will want to use an Oculus Rift VR headset for. I very well might someday? Sprangggg breaaaaak forevvvaaaaaa.