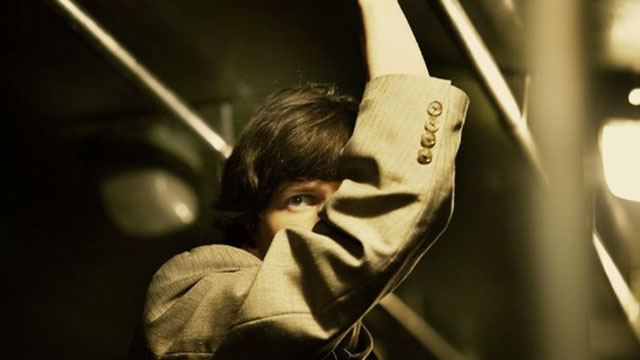 There are certain things we expect of long-running British sitcom stars. Embarking upon a career as a stand-up comic, as Ricky Gervais did, would be one; another is trying to recapture the magic in a new sitcom, which … Gervais also did. Richard Ayoade of The IT Crowd went another way: making a film adaptation of a Dostoyevsky novella, which you can watch at home today if you don’t feel like finding a theater that’s playing it this opening weekend (though that is also an option).

Jesse Eisenberg stars as both Simon James and … James Simon, a coworker who looks exactly like him, yet is his total opposite in character. Though Simon has been too shy to pursue Hannah (Mia Wasikowska), James gives him game tips to try to win her over — but then Simon discovers that James has started seeing her himself. Will Simon’s double usurp his life?

FUN FACT: The Double is one of TWO new releases this week that share their titles with previous Richard Gere vehicles; the second is directly below.

Some have grown weary of the “found footage” horror genre, in which case, this film is not for you. But if the latest Paranormal Activity only whetted your appetite for more, Mr. Jones is just the ticket.

A young couple trying to make a nature documentary out in the woods stumble upon a creepy old cabin full of strange objects. (Just like The Cabin in the Woods, but: different movie.) The cabin turns out to belong to outsider artist Mr. Jones, who seems to be the sort of subject the documentarians might want to cover. But perhaps that’s a bad idea.

Did someone say “found footage horror film”? Your cup runneth over this weekend! WITH BLOOD!

Horror auteur Ti West (The House of the Devil) wrote and directed this entry into the genre (available on demand before it’s in theaters); it tells the tale of Patrick, a photographer visiting his recovering drug addict sister Caroline with a couple of friends at the commune where Caroline now lives. Caroline seems so happy and well that Patrick and his friends start interviewing her fellow residents, and while they’re all very positive, there may be more to the community than is apparent at first glance.

On demand the same day as its theatrical release, Devil’s Knot is based on Mara Leveritt’s book of the same name. Other than Colin Firth (as a private investigator) and Reese Witherspoon (as the mother of one of the victims), it’s a veritable who’s who of character actors, including Elias Koteas, Bruce Greenwood, Matt Letscher, Michael Gladis, Amy Ryan, and many, many more.

If you enjoyed Seasons 1 and 3 of American Horror Story but wished it featured more fancy British thespians, I’m about to make your whole weekend.

On demand before it’s in theaters, Anna (original title: Mindscape) stars Mark Strong (of just about everything) as John Washington, a detective with the unique investigative talent to enter people’s memories. Soon enough, he crosses paths with the titular character (Taissa Farmiga, most recently of American Horror Story), an apparent trauma victim — but is she? Or is she a sociopath?

In a post–Avengers and Marvel’s Agents of S.H.I.E.L.D world, one might forget that Clark Gregg, a.k.a. Agent Coulson, had a nice career as a writer-director before Marvel came around. But with Trust Me, Gregg comes out from the Hulk’s rather large shadow again.

Available to rent at home before its theatrical release, Trust Me stars Gregg as a talent agent for kids who’s trying his best to stay ahead of a tough rival, Aldo. The film also stars Amanda Peet, Felicity Huffman, William H. Macy, and, as Aldo, the great Sam Rockwell, another recent Marvel inductee.

Lots of novice filmmakers write and/or direct movies that they might not be so proud of as the years go by. Few of them wait a dozen years and remake their old material — but Lucky McKee and Chris Sivertson did!

The original All Cheerleaders Die was released in 2001, when Sivertson and McKee were barely out of college. But a good story is a good story, and that’s why they returned to it more than a decade later. If you missed it the first time: High schoolers on a camping trip argue over whether football or cheerleading is the harder sport. When all the cheerleaders apparently die — spoiler, I guess? Although … the title? — the dudes flee the scene. But years later, it turns out the situation was not quite what it seemed. Available on VOD prior to its theatrical release.