Video on Demand Report: Catch Up With the Second Second ‘Spider-Man’ 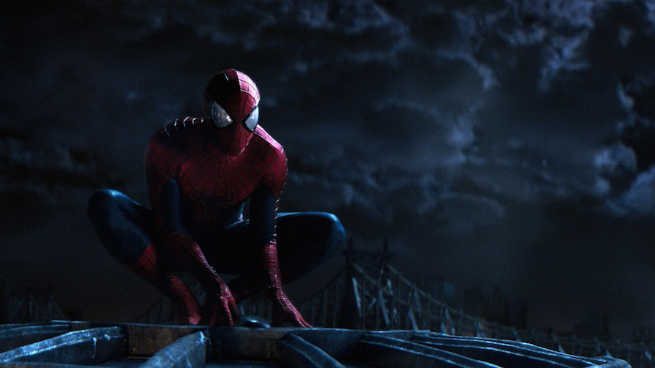 “Didn’t this movie come out like 10 years ago? Why is it the headliner NOW?” Hey: I get it. But you’re thinking of Spider-Man 2 — the one with Alfred Molina as Doc Ock and whatever else happened in that thing. This the sequel to the Spider-Man reboot. (No Alfred Molina.)

This one finds Peter Parker still fighting crime as Spider-Man (surprise!), but now things are more complicated. Peter had promised a dying George Stacy that he would stay away from George’s daughter Gwen. His old friend Harry Osborn has come back to town to run the family company, Oscorp, and is soon nursing a grudge against Spider-Man for medical reasons I won’t spoil. And, of course, there’s a whole passel of new villains.

Due perhaps in part to the belief that the franchise was rebooted kind of soon after the last version faded out, this installment got mixed reviews (though it’s hard to argue with a $700 million–plus box office tally). But if Andrew Garfield’s Spider-Man didn’t do it for you the first time, maybe new bad guys Dane DeHaan (Harry), Paul Giamatti (the Rhino), and Jamie Foxx (Electro) will? Or maybe not.

Wesley Morris: “The nerd-to-supervillain cliché never gets old. It’s a fantasy that still speaks to some of us. But the villainy has to mean something to the superhero. There has to be some tension in the story, and it can’t lean on simplistic good guy–versus–bad guy expectations. What you’re asking when Harry turns vicious and Dillon goes electric is, ‘What’s different this time?’ It doesn’t feel like much.”

I don’t want to say the vampire trend has run its course, because who knows what other iterations people may come up with. But every other screenwriter is going to have a hard time topping “reclusive undead Detroit rock-star movie, featuring Tom Hiddleston and Tilda Swinton, from Jim Jarmusch.”

Jarmusch wrote and directed the story of Adam (Hiddleston), a vampire who’s spent his many, MANY years as a vampire influencing the work and careers of rock musicians. He’s on the point of ending his un-life with a special wooden bullet when a call from his estranged wife, Eve (Swinton), makes him reconsider …

Wesley Morris: “Not since Weekend at Bernie’s have two actors done more to promote the cause of corpses.”

A movie about gorgeous middle-aged women taking control of their sexuality by engaging the services of a male prostitute? Hot. The prostitute is played by John Turturro? … Uh, OK.

Turturro also wrote and directed the story of Fioravente, a former bookstore employee brought into the hooker business by his old boss Murray (Woody Allen), who becomes his pimp. Among his clients are Sofia Vergara, Sharon Stone, and Vanessa Paradis (sure, they all seem like they’d have a hard time finding men to have sex with them for free), with other supporting roles filled by Liev Schreiber and Bob Balaban.

Wesley Morris: “With any other director, this might be the most vain of vanities, but Turturro is the only sensualist American movies have. He’s a lover. He loves women. He loves the idea of loving them, too.”

Here’s one thing you can be sure of in a movie: Whenever a character takes a hard line against the existence of supernatural forces, you can be PRETTY SURE he is going to have to learn how wrong he is, and that the experience is not going to be pleasant.

So it is with Professor Joseph Coupland (Jared Harris), who teaches at Oxford in the 1970s. In an attempt to prove that a young woman named Jane (Bates Motel’s Olivia Cooke) is not demonically possessed but mentally ill, he and several of his students undergo an experiment that soon leaves one (Catching Fire’s Sam Claflin) with ethical qualms. But don’t worry: Jane and Evey, the spirit possessing her, will probably get their revenge for all that sleep deprivation.

The Trip To Italy

Not long after the feature film debut of Steve Coogan’s Alan Partridge comes another exciting film role for Coogan: himself! Or, really, “himself.”

On demand the same day it hits theaters, The Trip To Italy reunites Coogan, Rob Brydon, and director Michael Winterbottom for a sequel to the 2010 cult hit The Trip, which found them eating and road-tripping through England and breaking each other’s balls along the way. Since there’s no reason to mess with perfection, that’s … what happens here, too, except in Italy. Great!

There’s been a surfeit of teen-targeted dystopias in the movie marketplace for the past few years, so it’s refreshing to see one from a director who’s been making them for adults for most of his career.

Director Terry Gilliam caps what he’s called an “Orwellian triptych” (the first two being Brazil and 12 Monkeys) with The Zero Theorem, available on demand in advance of its theatrical release. It stars Christoph Waltz as Qohen, a discontented programmer waiting for a phone call he thinks will reveal to him the meaning of life. But when Qohen arranges with his employer to work from home so he can be sure not to miss the fateful call, his life starts to undergo a series of unsettling changes. The film also stars Matt Damon, David Thewlis, and the voice of Tilda Swinton as — what else — a computerized therapist.

With Mad Men ending next year, creator Matthew Weiner will soon have a lot of free time. His feature film writing and directing debut may offer some idea of how he intends to fill it.

Available on demand simultaneously with its theatrical run, Are You Here stars Owen Wilson as Steve Dallas, an aimless weatherman. When his best friend Ben (Zach Galifianakis) tells Steve that Ben’s father has died and Ben has a significant inheritance coming, they decide to travel back to Ben’s childhood home and live off the wealth. However, Ben’s father also left a much younger widow, as well as Ben’s sister (Amy Poehler), who will probably not go along with Ben and Steve’s plans.

Filed Under: VOD, The Trip to Italy, the amazing spider-man 2, the zero theorem, only lovers left alive, fading gigolo, the quiet ones

Q&A: Powers Boothe on ‘Sin City: A Dame to Kill For,’ ‘Deadwood,’ and His Heavy Career