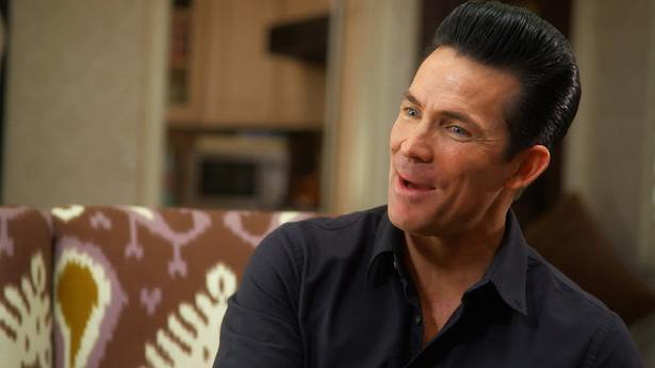 Who Is This Now? Jay.

Why Are We Watching Him? He’s participating in a meeting with several fellow L.A.-area clergymen.

How Did He Get Here? After a tough early life, Jay was saved and became a minister. Now he has his own church.

What’s the Grossest Thing We See? In a contrived situation in the Preachers of LA Season 1 finale, fellow preacher Deitrick Haddon had to ask Jay to perform his wedding to bride Dominique when the original officiant was delayed by travel. Immediately after the wedding ceremony, we learned that Dominique was pregnant for the second time, which meant she had been pregnant out of wedlock (for however long). Deitrick had not disclosed this to Jay. As a result, Jay is concerned that this made it seem, retroactively, as if he endorses premarital sex. So Jay decides to ask Deitrick about it, as though there’s anything either of them can do now. Also, the baby’s been born and is happy and healthy, so WHO CARES.

What Have We Learned? Jay needs to mind his own business, because I really hate finding myself on Deitrick’s side.

Why Are We Watching Him? He and his wife are getting to know each other better by having an in-home cooking lesson together.

How Did He Get Here? Vaughn agreed to let experts choose a woman for him whom he would not meet until they both got to the altar to get married.

What’s the Grossest Thing We See? Since Vaughn expressed dismay in the last episode that Monet, his new wife, doesn’t cook, one of the show’s experts has arranged for someone from cooking school Appetite for Seduction to give them both a sexy cooking lesson. And, OK, the teacher DOES ask Vaughn to share what food-related sex fantasy he may have, but he doesn’t have to TELL her that he wants to lick honey off Monet’s body, and he certainly doesn’t have to do it while a TV camera is recording him.

What Have We Learned? Vaughn certainly hates Monet, but still not enough to stop having sex with her.

Who Is This Now? Marisa.

Why Are We Watching Her? She’s showing off her child-rearing technique, “push parenting,” which she is currently using on her 4-year-old son, Austen.

How Did She Get Here? Marisa’s parents got divorced when she was younger, and since they were wrapped up in their own drama, they didn’t push their kids much. Marisa still wonders where she might be in life if her parents had pushed her further, and she’s not going to let Austen have the same regrets later on.

What’s the Grossest Thing We See? Marisa is getting ready to send Austen to a day camp where the kids are not permitted to use any kind of flotation device while swimming. He’s already been taking swimming lessons, so she meets with the instructor about her goals — but she doesn’t just want to get Austen pool-ready by the time camp starts: “I’d love him to be, like, the leader, and that everyone thinks he’s the best swimmer, and I just want him to be the star of camp.” When the instructor tries to explain that she’s created a bond with Austen and doesn’t want to destroy it by making him do things before he’s ready, Marisa replies, “If you’re not doing what I want you to do, then obviously I’m going to have to bypass you. I don’t want to have to find another teacher and pretend my son is 5.”

What Have We Learned? Marisa shouldn’t plan on Austen coming home for very many holidays when he’s older.