Video on Demand Report: ‘Divergent’ Is Yet Another Teen Dystopia Movie 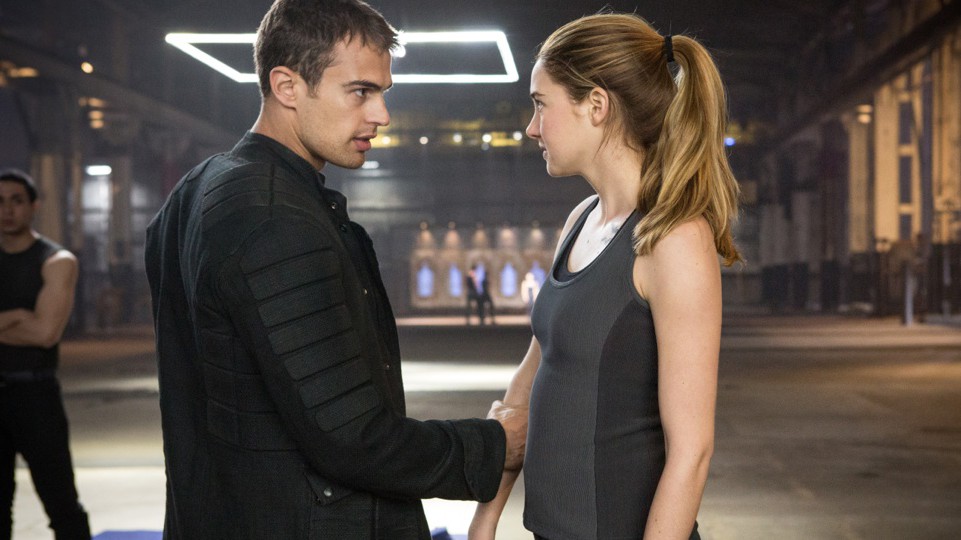 The enormous success of The Hunger Games has made just about every dystopian young-adult novel a property worthy of development for film — as we will be reminded next week with The Giver. But if you can’t stand to wait that long, Divergent should tide you over until then.

In this dystopia, citizens are steered into one of five different factions based on their dominant personality trait, as revealed in a test everyone takes at age 16. The selfless are recommended for Abnegation (and thus get to run the government, I guess because public service is supposed to be selfless? Sounds more utopian than dystopian so far); honesty gets you matched to Candor; peacefulness correlates to Amity; the intelligent are supposed to be Erudite; and finally, the brave are meant for Dauntless. But when Beatrice (Shailene Woodley), our heroine, takes the test, she shows qualities split among Abnegation, Dauntless, and Erudite, and is told by her (Dauntless) proctor to go with Abnegation at the Choosing Ceremony, and not to let the truth get out, because “the Divergent” are not valued in this society. But Beatrice declares her intention for Dauntless and soon rechristens herself Tris as a marker of her new identity. Dauntless training is no joke, though, and as Tris is testing the limits of what her body can do, her brother Caleb (Ansel Elgort, Woodley’s costar in The Fault in Our Stars) reports on shady plans being formulated within his cohort, Erudite …

From what I hear, as with all these book series, the Divergent story kind of falls apart by the end. But there’s nothing saying you can’t try out the first installment and bail before it becomes very clear that author Veronica Roth wasn’t really sure what to do with the idea after initially fleshing it out. Anyway, it can’t be worse than The Giver. Have you noticed how little you see Taylor Swift in those ads? There has to be a reason.

Wesley Morris: “Nothing about Woodley, who played George Clooney’s elder daughter in The Descendants, reminds you of Jennifer Lawrence. She has a pleasing, absorbing softness that this movie forces into aggression, and she’s actress enough to acquit herself well. But the problem of Lawrence in the early going of the Hunger Games series is that she can’t do soft and innocent. There’s a natural sarcastic edge to her. They should switch franchises.”

The thing about moving into a creepy old house is this: Literally anything could be the mystical object that ruins your life by vaulting you into another world and/or driving you insane. In this case, it’s a haunted mirror!

First, we see what happens to a married couple with two kids, 11 years ago, when they move into this house with the crazy mirror, and guess what, it’s all bad. Then, in the present, one of the kids gets released from a mental hospital and decides to go back to the house to try to get answers about what may have happened to his parents, and guess what, it doesn’t get any better.

Wesley Morris: “As far as competence goes, Oculus doesn’t have so little as to be accidentally entertaining or enough to come close to working.”

Remember how bummed you were when the Breaking Bad finale featured an ad for Aaron Paul’s next big project, and it was a film adaptation of a video game? Now it’s available on demand!

Paul plays Tobey, a car mechanic who street races in his spare time. Things are going OK-ish until his main rival (England’s Dominic Cooper, hilariously trying to play someone named “Dino”) accidentally runs a member of Tobey’s crew off the road and kills him and Tobey gets charged for the crime because Dino does a runner. But if you think this marks the end of Tobey’s street-racing career, you may need to watch (or at least hear about) more movies.

Franco stars as Mr. B, a high-school teacher on whom student April (Emma Roberts) develops a crush — but that’s just one story skein in a film that also features Val Kilmer (as April’s father) and The Fault in Our Stars’ Nat Wolff (as a predatory teen), and which was helmed by Gia Coppola (granddaughter to Francis Ford) in her directorial début.

The One I Love

A couple years ago, Mark Duplass was so ubiquitous and prolific that scarcely a week went by without this column drawing readers’ attention to one or another of his films, in which he might have starred, or which he might have directed or executive produced. If you’re like me, you may have wondered if he’d burnt himself out after that flurry of activity — and maybe he did? But if so, I guess he’s gone for some kind of rest cure, because DUPLASS IS BACK in The One I Love.

Available on demand before its theatrical release, The One I Love stars Duplass and Mad Men’s Elisabeth Moss as Ethan and Sophie, a couple contemplating a split (and Ted Danson as their therapist!). When a friend suggests they take some time at a country house to reconnect, things get a bit surreal … and that’s all we’ll say. They’re trying very hard to keep their twist a secret.