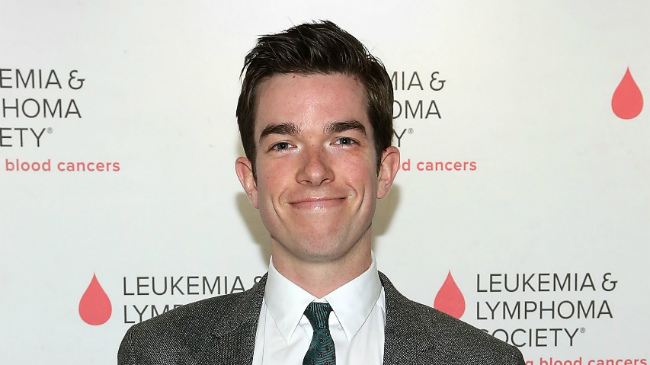 On Wednesday, ex-SNL writer John Mulaney — who cocreated Stefon and is a damn fine stand-up as well — tweeted this: “FOX made this a great night by picking up my show “Mulaney” for 10 more episodes. I am thrilled. Sincerely. Call me with any questions.” And so we did!

Let’s start at the beginning. Mulaney was originally developed for NBC. What was your reaction when you heard NBC wasn’t picking up the show?

Wait. A kitchen? You didn’t have a kitchen before?

Click here for all of our interviews with fascinating people from the worlds of sports and pop culture.
Me and my girlfriend’s apartment in New York didn’t have an oven. We were renting a place with an oven [in Los Angeles]. And I was, you know, renting a Toyota. It was exciting! And then it was just over. My first reaction was disappointment. It wasn’t so much, “Oh, I’m not in the fall lineup, I won’t get to go to upfronts.” It was, “Oh right, I won’t get to go to that job every day. I’ll really miss hanging out with those people.”

I kind of got to mope for two days. 3 Arts, my management company that also produces the show, along with NBC Studios, they wanted right away to take it elsewhere. The good thing about these shows, and it can be frustrating too: There’s a lot of people involved — they are big ships. And what was great about that was there were a lot of people who believed in the show and wanted to see it happen. People were talking right away [after NBC didn’t pick it up]. And it was pretty cool. This is not what happens most of the time.

It seemed like a lot of people online, who were fans of yours from SNL and stand-up, were pretty vocally upset, which must have been nice to see.

It was. There were a lot of nice comments about how people were disappointed they wouldn’t get to see the show. But at a certain point I just had my girlfriend change my Twitter password and not tell me what it was. I was like, “All right, enough: This is gross to sit around reading these [compliments].” But it was very nice.

So what changed with the show between NBC and Fox?

If you saw both pilots, you’d see the differences, but also there’s so many similarities. To me, our first episode on Fox is maybe what we would have gotten to in our third episode, in terms of looseness. It’s a lot looser: We create this world with these characters, and just kind of watch them interact. It’s not high-concept. We’re not underwater detectives.

By the way, I’m incredibly lucky that I got to do a pilot that did not get picked up. That was very, very, very helpful. Incredibly helpful.

So how’d you find out that Fox was picking up the show for 10 more episodes?

I was backstage at a benefit for LLS, an event called LOL With LLS. It was me and Nick Kroll and Seth Meyers and Judah Friedlander and Tina Fey and Amy Poehler, and it was really fun. I was backstage at this thing, and we got there kind of early and we hung out and watched each other. And I was there from like 6 to 11 p.m., and I had no service the entire time. And when I left at 11, I had 15 messages. And it was great! It was great to find out later.

How have you been describing the show to friends or people who ask?

Poorly. [Pause.] No, but it’s one of those things with comedy where you want the idea to sound funny, but often an idea that sounds funny … I learned this writing at Saturday Night Live: Whenever you have a pitch that sounds too funny, the sketch might not pan out to be as good as the pitch.

I describe it as sort of an old-school multi-cam sitcom where I play myself, a comedian, who’s trying to figure out how to be an adult, and is kind of taking advice from a lot of different people. From my neighbor, played by Elliott Gould, to my boss, played by Martin Short, to my friends — and my character has high standards, and maybe an outdated idea of adulthood that doesn’t jive with the real world. [Pause.] See, it’s rambly. It’s not as good as, My son and I find out we’re dating the same woman! When I do an interview, I wish it was that. But I promise, it’s a funny show.

At what point at SNL did you start thinking about what to do next?

I’d been there about three and a half years, close to four years, and I loved it so much, and I was really happy to be there. And then I got a couple offers to do stuff on cable that was a little different, and I started to think then about doing other stuff. And then I did a comedy special in 2012 for Comedy Central, and I loved doing that. And then I was reading this book Top of the Rock by Warren Littlefield.

I had been hanging out with Seth Meyers in Martha’s Vineyard, and I was on a plane back, and it was like a tiny plane, and it was definitely gonna crash, and so I was reading the book really intently so that I didn’t have to think about my mortality. And they were describing how all these different shows came to be, and I thought, Oh, that’s what I wanna do. That’s exactly what I wanna do.

Whenever I would think of a TV show, I would try and think of crazy ideas: What would be the weirdest thing that you could see on TV? And then I realized that my favorite shows were about very funny and interesting characters, and that’s actually what appealed to me most. And then I started to think about, on that flight, if I had a show, what would it be? And we landed. We didn’t die. And then I called Hollywood. And I said, “Hold on. I’m about to knock your socks off.”

The show will also have your stand-up, right?

I do stand-up in every episode. It’s related to the show, as you’ll see, but can be separate from the story, which is nice. I think we shot it in a really cool way, which I hope people will like.

Do you have wardrobe for the character John Mulaney? ’Cause at least from the promo photos, the character’s outfits seem similar to …

Similar to my own Instagram feed? Yeah, right now I’m wearing New Balance sneakers, jeans, and a sweater, which is my costume on every episode of the show. But it is indeed wardrobe. We do indeed make our wonderful costume designers [work]. And they do a great job with all the other characters, who are not as plain as ol’ Mulaney. But yeah, a couple of times they’ve gone, “This is your costume for the episode,” and I’m wearing almost the exact same thing.

Have you struck up any kind of relationship with New Balance?

Now that you’re working a relatively normal schedule, I want to ask about SNL real quick. From reading the books about the show and stuff, it almost seems like that crazy middle-of-the-night working schedule is kind of a relic from the old days, where everyone was doing a lot more cocaine?

Yeah. That’s the short answer. Though the show also lends itself to that schedule. The climax of the week is at 11:30 at night, so if we kept normal hours, that wouldn’t work. By the time that 11:30 comes around, it feels like the middle of the afternoon. It also plays into the general comedy writer instinct of waiting for the last minute.

OK, cool. Thanks, man. I think we got through most of it. Before we go: Any other tidbits about the show that you’ve maybe been sharing with people?

Um. Tidbits. So far we’ve had a dog, a cat, and a bird, in that order. Which is in descending order of hierarchy.