The Pornopticon: ‘Don Jon’ and Sex in the Porn-on-Demand Age 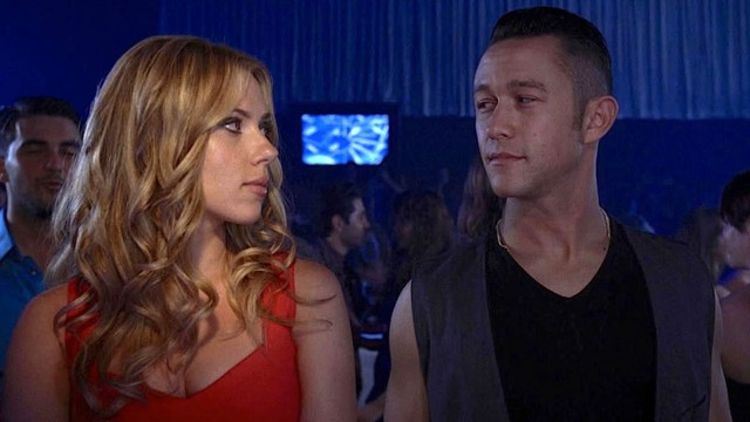 The longest sexual relationship that you have in life is with yourself. That means you expend a lot of time and energy over the years learning how to romance yourself, homing in on preferences, refining the aesthetics of your desires. For those of us who grew up without unrestrained access to pornography only to be granted it later on, there’s no question that it’s much better to have more options. Sure, we had to get more creative with our source materials (thanks, various 1990s issues of men’s magazines!) and our younger compatriots will never understand the bleak thrill of scanning a scrambled cable channel like the Spice Networks in the hopes you might catch a glimpse of some naked adult humans. But analog fantasies aren’t actually superior to digital ones, they’re just different. You could argue that porn images reinforce impossible standards of beauty and sexuality, but you could also say the same about all the advertisements and idealized art that preceded it. Whether you’re working off a department store lingerie catalogue or a Digital Playground compilation, what you like to look at and imagine doing is still always wrapped up in broader cultural constructs, personal imprints, and onanistic shame.

The solitary experience of sexual fantasy feels particularly isolating when it’s just you and some flickering LCD display on a late-night laptop signed into “private browsing” mode, but that sensation of being completely alone is a mirage. Don Jon, the new movie from actor and first-time writer-director Joseph Gordon-Levitt, aims to drag some of these highly contemporary issues out into the light, putting them under a microscope and a black light. Gordon-Levitt plays a New Jersey porn-obsessed guido whose dedication to his own clandestine routine threatens to ruin his chances for connecting with any real-life women, leaving him physically spent but emotionally empty on a diet of one-night stands and self-administered hand jobs. Jon is a sensitive meathead, a greaser with a heart of gold, in the mold of Saturday Night Fever’s Tony Manero. He likes the simple pleasures of a GTL life, but also strives for something just beyond his grasp. He’s a bro, but he’s a sensitive bro. In Jon’s case, it’s harder to reach because one of his hands is chronically busy.

Don Jon is a romantic comedy geared toward men, in the tradition of High Fidelity and even Annie Hall. It has a message, but it’s not front-loaded in an obnoxious way. The movie itself is charming and funny, avoiding formulaic traps. You can tell from the first minute that it probably won’t end in a white wedding. Like (500) Days of Summer, it’s a romantic comedy that interrogates romantic comedies as a form, but without (500) Days’ bitter and defensive aftertaste. Gordon-Levitt disappears believably into his Don Jon persona, tamping down his usual overeager theater kid energy for something more calculatedly macho, slipping on a snakeskin of gelled hair and V-necks. Gordon-Levitt channels The Situation, while Scarlett Johansson slips effortlessly into a JWoww impersonation. It shouldn’t necessarily work, but it does — granted you are willing to pretend that “New Jersey” is not set-dressed parts of Los Angeles, and that two extraterrestrially gorgeous movie stars could easily be regular people with blue-collar jobs.

Playing off romantic comedy conventions while subverting them, Don Jon is the best romantic comedy in years. Gordon-Levitt clearly cares about the genre and wants to push it forward into the present. It’s surprising, considering JGL’s prior work might have led you to believe he would be the sort of guy who’d wax nostalgic over ’30s screwball comedies and rat-a-tat banter (actually that sort of guy: Aaron Sorkin). The witty script is bolstered further through strong supporting performances from Tony Danza as Jon’s old-school Italian American father, Johansson as Jon’s perfect 10 girlfriend, and Julianne Moore, effortlessly fleshing out her role beyond manic pixie dream MILF. It’s a modestly made movie with grand ambitions, to spark conversations about the way we live and have sex now. Human relationships are complicated, because humans are incredibly flawed. Don Jon takes an optimistic approach, lighting the way toward better communication.

In other words, whether your poison is Love Actually or Oil Overload 9, don’t believe everything you see onscreen.

Unlimited Do-Overs: Why Do We Love Choose Your Own Adventure Again, Now?