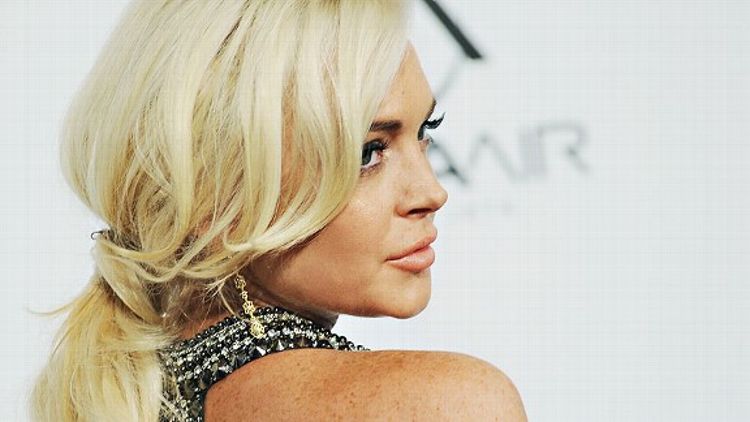 Lindsay Lohan is in talks for Elizabeth & Richard: A Love Story, a Lifetime movie about the famed relationship between Elizabeth Taylor and Richard Burton. As Slate has pointed out in the past, Lohan and Taylor have some things in common, including “substance abuse issues, public emotional outpourings, and copious amounts of tabloid drama. The key difference, though, is that Elizabeth Taylor had a true record of achievement before she became the most notorious movie star in America.” To which I say: Um, excuse me, but the last time I checked Elizabeth Taylor wasn’t in Mean Girls. Grade: B+ [Deadline]

The Coachella lineup is here, and it’s packed with the goods. Notable names for the April festival include The Black Keys, Radiohead, Bon Iver, the reunited (!!!) At the Drive In, The Shins, the reunited (!!!) Pulp, Arctic Monkeys, Jeff Mangum, Frank Ocean, WU LYF, Azealia Banks, and — oh, what’s this? — a headlining closing-night set from Dr. Dre and Snoop Dogg. So does the high-profile booking mean Detox is finally imminent?! No. No, it does not. Grade: A [HR]

Mad Men will finally return with its fifth season on March 25. The news was delivered by star Jon Hamm on Doug Benson‘s Doug Loves Movies podcast, but has not been confirmed by AMC. Doug Benson: weed documentarian and enterprising television-industry reporter! Grade: A- [Deadline]

Paramount has shifted the release date for Jeremy Renner‘s Hansel and Gretel: Witch Hunters from March 2012 to January 2013. Says an anonymous exec, “This should really set up the international. Renner’s international profile should be in great shape after being in Mission: Impossible 4 now, then The Avengers in May, then The Bourne Legacy in August.” Oh, you visionless movie execs, can’t you see what you’ve just opened the door to? How will it affect your precious international brand management if Jeremy Renner spends the next year becoming a world-famous puppeteer?! Grade: C [HR]

Universal wants another sequel to Bruce Almighty, which had birthed Evan Almighty, and has hired Hot Tub Time Machine’s Jarrad Paul and Andrew Mogel to get to work on one. This time, Jim Carrey would be back as temporary God. Or maybe temporary Satan? Or maybe a temporary hot tub time machine?! It’s all possible! Grade: D [Showblitz]

It’s Always Sunny in Philadelphia co-creator and star Rob McElhenney, and its executive producer Rob Rosell, have sold a single-camera comedy to Fox. It’s called Living Loaded, and it’s based on Dan Dunn’s book of the same name, which “centers on a loose partying blogger forced to change his career plans when he becomes a radio host.” Whoahoh, loose partying blogger? I might know a thing or two about that! Let’s just put it this way: I. Do not skimp. On the Baileys. Grade: B+ [Deadline]

Hater's Guide: The Case Against The Descendants