We Went There: Drake Exorcises His Festival Demons at New York’s Governors Ball 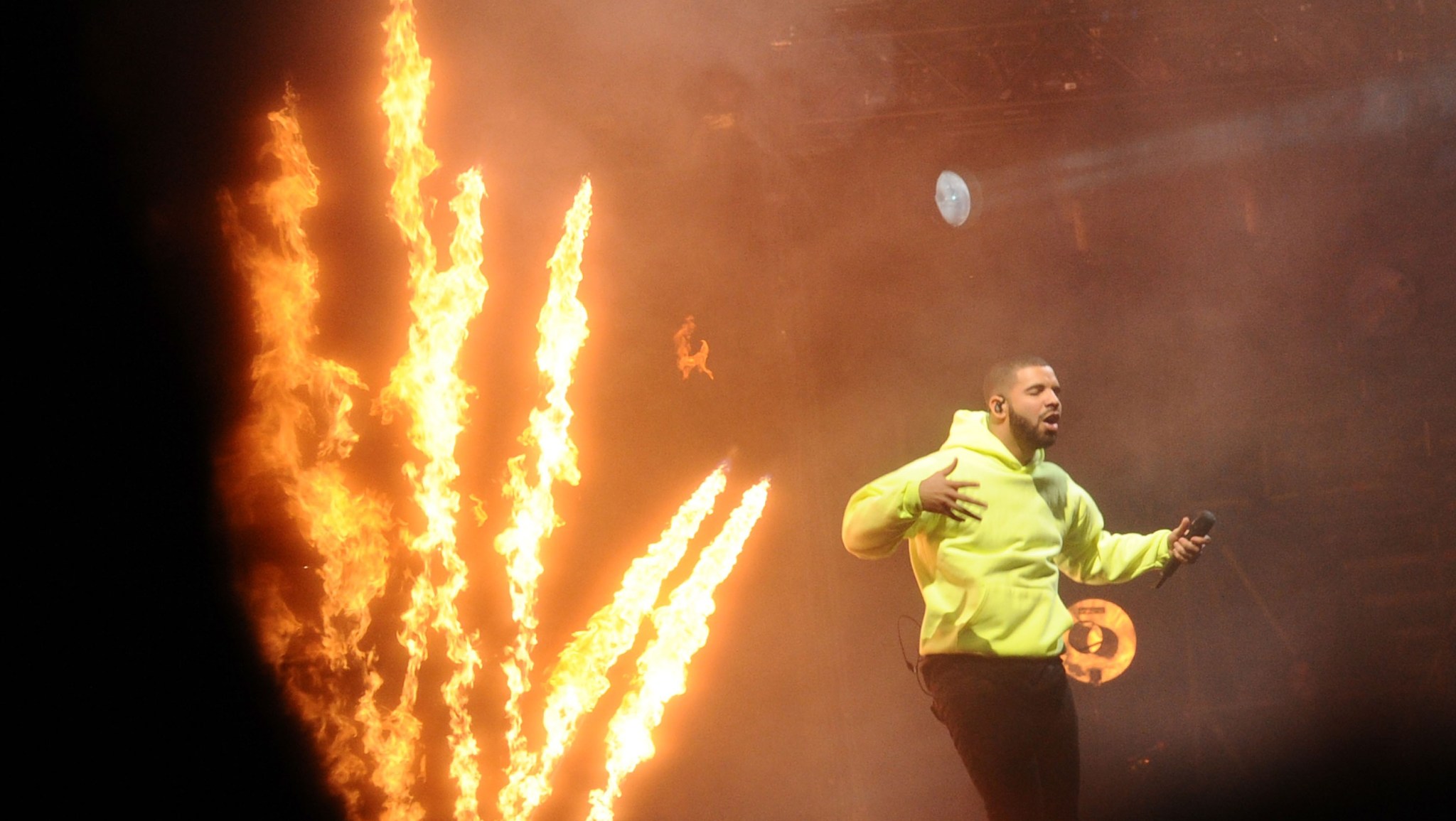 The multiday music festival Governors Ball has grown every year, both in terms of the quality of its lineup and its prestige; now a half-decade in, it’s proven to be the only Coachella-aping fest in the New York region to manage any kind of permanence. That’s remarkable considering the particular logistics of this city require Governors Ball to be held on Randall’s Island, a strange, mostly forgotten landmass plopped in the East River, just a short canoe ride from the infamous prison complex Rikers and — I am not joking — Broad City’s North Brother Island. At the end of the night, those unlucky enough to miss the ferries home have to march with the masses past the eerie lights and chain-link fencing of the Harlem River Lift Bridge, a really good place to be if the reason you moved to Manhattan wasn’t because you saw Annie Hall, but because you saw Cloverfield.

On Friday night, Drake headlined Governors Ball. There are some artists you’re a fan of, and then some you pull for like they’re a beloved, far-flung little cousin. Drake doesn’t need more emotional support, but that doesn’t mean I won’t continue to offer him some forever, in muted Chris Crocker–ish fashion. He’ll never not be the butt of an array of hack jokes and brilliant memes, and he knows it, and he’s embraced it, and it’s all good. But after his lukewarmly received headline performance earlier this spring at Coachella — still America’s premier festival, and therefore, our most important standalone stage — there were legitimate questions about whether he could fulfill the elite live-performance quotient that maintenance of his A-list status demanded. At which point I was ready to climb to the nearest rooftop with a blanket over my head, screeching Leave Aubrey alone!!!

Again: Not that he needed my help. On Friday night, standing, at first, alone — save for the massive sounds of his songs and one gorgeously neon-hooded sweatshirt — Drake flourished. The set list wasn’t far off from what he trotted out at Coachella: first “Legend,” also the opening track of his rightfully ubiquitous If You’re Reading This It’s Too Late, then “Trophies,” featuring a horn riff good enough to raise the dead even if it hadn’t been accompanied by plumes of fire. “We Made It” borrowed the IYRTITL script to declare on the big screen behind him, “If You’re Reading This We Made It.” Yessir, yessir.

Eventually, he’d trot offstage for a costume change (the hoodie, tragically, was gone, never to be seen again) and a set change. His current outing is called the Jungle Tour, so a stark black backdrop was replaced by elaborate forestry; it looked somewhat like a drunk-with-power interior designer for Rainforest Cafe had just whispered to himself, “This is my Citizen Kane.” It worked, though, bouyed by more incessant hits, either ones from his own fresh batch (“6 God,” “No Tellin’”) or the ones he’d stolen from (ILoveMakonnen’s “Tuesday”) or birthed for (Big Sean’s “Blessings”) others.

The main knock on his Coachella gig was the perhaps misguided Madonna cameo, but there’d also been grumblings that he went to the slow-jam well one too many times. Here, he bundled them together, giving us the older smoothie “Find Your Love” with “Hold On, We’re Going Home.” He nailed them both; the kid’s been doing his vocal warmups! Then he got all sheepish about it: “You know I gotta sing about the candles and the flowers and shit.”

He had no reason to mitigate: The slower stuff — namely, “Take Care” — gave us some of the night’s biggest sing-alongs. And besides, clearly, he was enjoying himself. As Fader points out, “Halfway through the show, in a potential subtweet to Coachella, he said theatrically: ‘I mean it, this is the most fun I’ve had at a festival in my life.’” He was beaming. We were beaming right back.

Before the set change, Drake was the only thing to look at on that giant, wide stage. Good for him on that. He was leaping and he was sprinting; he was sweating. He was leaving all pretense aside as to how hard he was working for us. Eventually, fireworks would come, blasting high and tight in the night sky, giving us the as-mandated-per-headline-set-at-a-festival touch of grandeur.

Before that, though, came “Know Yourself” and what is now likely the seven most famous words Drake has ever said. It reminded us that, while going big does suit him, he’s at his very best when intimate. There were sparks, but all that moment needed was that woozy xylophone, that perfect flip, and that aching melody rendered massive: “Runnin’ through the 6 with my woes.”

You know how that shit goes.

How We’d Fix It: A Humble Suggestion for the Rock’s Next Career Move